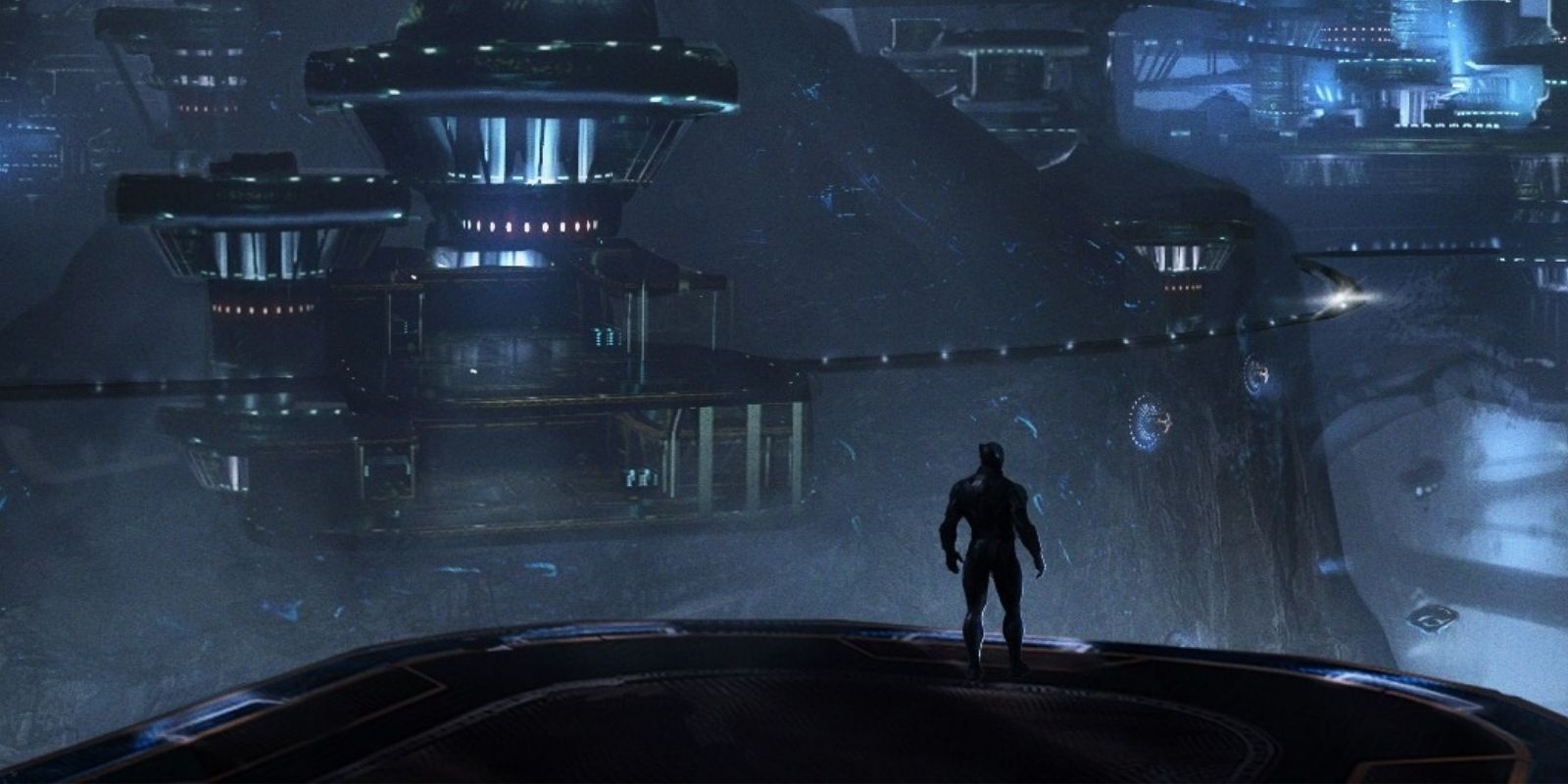 Crystal Dynamics reveals new concept art for Marvel’s Avengers, showcasing what appears to be the magnificent Vibranium Mound in War for Wakanda.

The image doesn’t reveal much about the upcoming raid, but the moody lighting and cavernous environment suggest that the raid will take place in the Vibranium Mound. The only character featured in the picture is Black Panther as he looks out across his kingdom. A variety of vehicles, including trains and airships, can be seen darting back and forth between towering buildings.

Related: Guardians of the Galaxy is Everything Marvel’s Avengers Should Have Been

Klaw Raid: Discordant Sound is coming before the end of 2021.

🎨 Take a look at this piece of concept art, which showcases one of the areas you’ll be visiting. pic.twitter.com/dJ6rZFudp9

The accompanying tweet for the image confirms that Klaw Raid: Discordant Sound is still on schedule to launch by the end of 2021. The contents of the raid are currently unknown but developer Crystal Dynamics previously revealed that it will feature a mixture of new and old environments. Since the Vibranium Mound does not appear within the campaign of War for Wakanda, the game’s latest expansion, it’s likely this location will serve as a never-before-seen area. The game’s most substantial update yet also introduced Black Panther as the game’s latest playable character alongside a host of new missions and plenty of loot.

The actual contents of  Marvel’s Avengers‘ first raid remain to be seen. Given the name of the encounter, it’s likely that Klaw will serve as the main villain, potentially supported by Crossbones. Crystal Dynamics has yet to provide a specific release date for the intense mission but the recently released roadmap promises that it will launch before the introduction of Spider-Man.

Related: Game Pass Is the Perfect Home for Marvel’s Avengers

While some fans may appreciate the tease for the upcoming raid, others have expressed frustration following Crystal Dyanmic’s silence in the wake of the recent inclusion of paid experience boosts. Many players criticized the developer for posting the concept art rather than addressing the concerns of users who view the addition of non-cosmetic microtransactions as a “broken promise.” The game’s subreddit is still flooded with posts asking for an update on the situation, with fans growing more and more desperate for some kind of official response. Klaw Raid: Discordant Sound may be what Marvel’s Avengers needs to win back disappointed fans.

Keep Reading: How to Get the Most Bang for Your Buck in Marvel’s Avengers’ Marketplace

Brad Lang is a Video Game News Editor at CBR and has worked as a gaming journalist since 2019. He holds a Master’s Degree in Creative Writing and has bylines on Critical Hit, Stuff Magazine and Rock, Paper Shotgun. When he’s not playing video games, he’s out hurting himself on a skateboard, collecting old school metal records or looking for his cat, Nemesis. If you’re looking for him, you can find Brad on Twitter at @icebearlycoping.

Cross-border travel in question for Canadians with mixed vaccines

What are bacteria? | Live Science

Kate Beckinsale Says High IQ ‘Might Have Been A Handicap’ To…