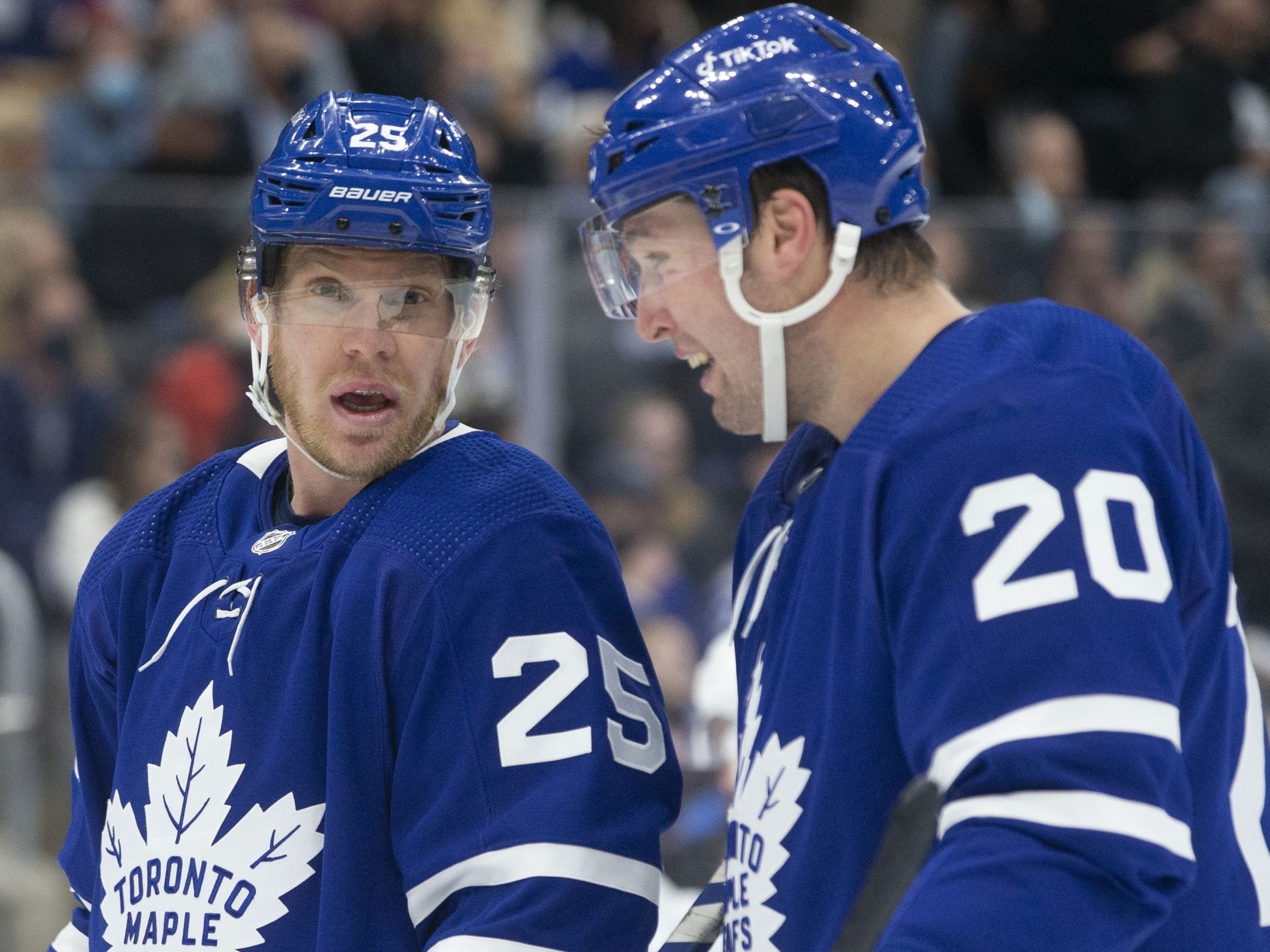 The Leafs announced on Friday that three players — forwards Ondrej Kase and Nick Ritchie and defenceman Justin Holl — have been placed in protocol.

The team practised in Scottsdale, Ariz., Friday afternoon before travelling to St. Louis, where they play the Blues on Saturday to complete a four-game trip.

Mitch Marner and Pierre Engvall took part in practice after completing their stays in COVID protocol.

The addition of the three players to protocol on Friday nearly completes a full roster of Leafs who have tested positive for COVID since Dec. 17, when captain John Tavares and Alex Kerfoot were the first two to go into protocol. They were joined later that day by Jason Spezza and Wayne Simmonds, and the additions continued for the Leafs.

The lone Leafs regulars who not been put in protocol are forwards Auston Matthews and Michael Bunting. Others who have been with the team who have not been added include defenceman Alex Biega and forward Kyle Clifford, though Clifford was in protocol earlier this season when he with with the Blues.

The Blues have been having recent issues with COVID as well. On Friday, forward Pavel Buchnevich, who is second in Blues scoring with 35 points in 34 games, was placed in protocol. He joined teammates Brayden Schenn, Vladimir Tarasenko, David Perron and Colton Parayko in protocol. The status of those four Blues for the game on Saturday night is not yet clear.