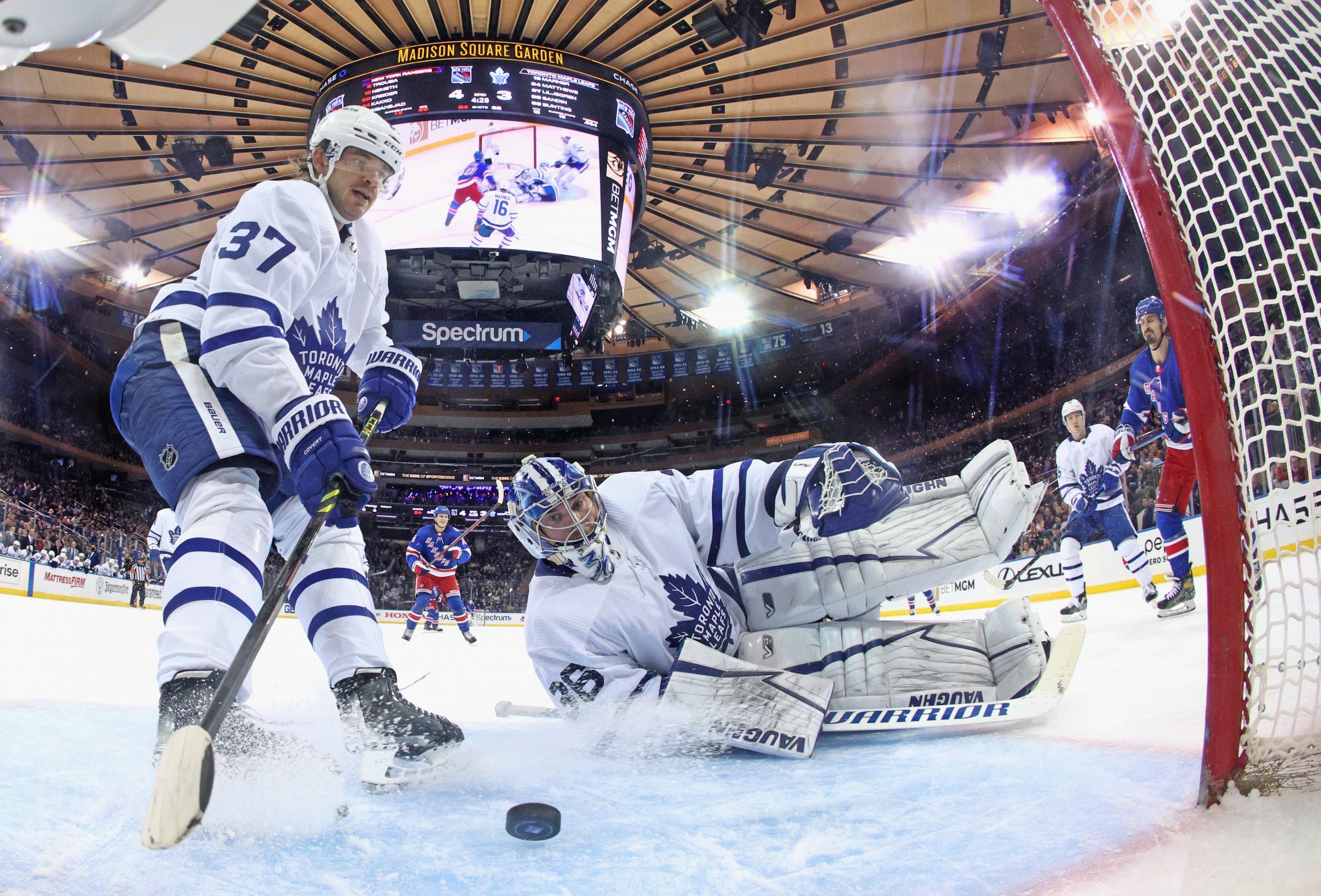 As much as those words from Maple Leafs coach Sheldon Keefe on Wednesday night stung throughout the dressing room following a loss against the New York Rangers, that kind of hockey hasn’t been a hallmark for the Leafs in the 2021-22 regular season.

Keefe hasn’t had to be as critical following the majority of Leafs games as he was after the 6-3 loss at Madison Square Garden.

Had that kind of assessment been called for more often, the Leafs wouldn’t have a record of 24-10-3 and be in the thick of the race for the Atlantic Division title. This club demonstrated at the end of October and into November what its capabilities are in working out the kinks.

That’s not to gloss over what has happened in the past five games. The Leafs had no trouble beating the Ottawa Senators and Edmonton Oilers in their first two games after a Christmas break made longer because of the spread of COVID-19.

In the five games that followed, it’s a concern that the Leafs have held multiple-goal leads in four and were not able to keep them in their grasp. In the lone game that Toronto didn’t give itself a cushion, it vastly outplayed Arizona on Jan. 12 but couldn’t put the puck past Coyotes goalie Karel Vejmelka, who made 45 saves in a 2-1 Coyotes win.

In two of the games the Leafs had a lead of two goals and surrendered them, they came back to win in Las Vegas and St. Louis. In another, they lost in overtime in Colorado. That perseverance on the part of Toronto can’t be ignored.

The loss to the Rangers appeared to be the same on paper because the Leafs were up 3-1 at the end of the first period before giving up five unanswered goals.

In the other games, the Leafs have had pushback. What occurred in Manhattan, when a depleted defence corps couldn’t handle the Rangers forecheck and the overall Leafs structure was not cohesive, didn’t follow the pattern of the previous games.

The Leafs will get back to work at practice on Friday after a day off on Thursday. On Saturday, the Leafs will meet the Islanders on Long Island and then head home.

“Whatever you’re going through, that’s the reality, that’s who you are and where you’re at,” Keefe said. “We feel like we’ll get ourselves back to being the team that we were.”

Some specifics stand out. Jack Campbell has to return to a groove after allowing 18 goals in his past four starts. Captain John Tavares and William Nylander have just two points each in the five games. The Leafs have to get a lot more from the fourth line of Jason Spezza between Kyle Clifford and Wayne Simmonds, a trio that had nothing against the Rangers.

That the Leafs need more depth on the blue line is nothing new, though the recent struggles have led to louder calls for general manager Kyle Dubas to add a top-four defenceman before the NHL trade deadline on March 21.

Considering the Leafs have little cap space, Dubas almost certainly would have to move money out to make a substantial trade, and something more than, say, dumping an underachiever like Nick Ritchie, not that teams would be lined up to take him. It’s going to take some manoeuvring on the part of Dubas and assistant GM Brandon Pridham to make something work.

In the meantime, the bottom line is the Leafs have demonstrated they’re capable of playing hockey that’s more sound and constructive. That they have hit a rough spot shouldn’t lead one to believe that this what the Leafs are. Against teams that were first, second or third in division standings as of Thursday, the Leafs are a combined 9-4-2.

“We have the right group to get on the other side of this and figure it out,” winger Michael Bunting said. “If it was anybody to turn this around, it would be us. We have full confidence.”