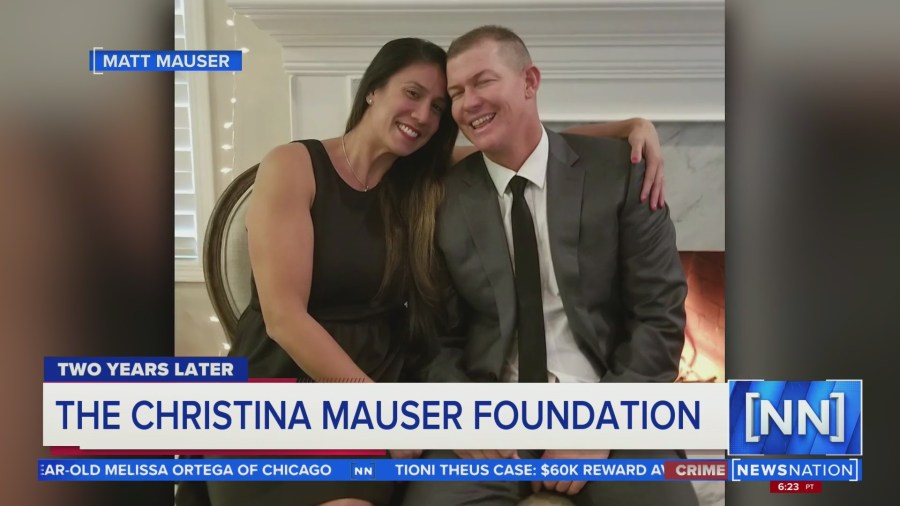 Man who lost wife in Kobe crash reflects on her legacy

(NewsNation Now) — It’s been two years since Kobe Bryant and his daughter were killed in a fiery crash when a helicopter plunged into a Southern California hillside.

While the sports legend’s passing made international headlines, many of the other victims remain largely unknown to the rest of the world.

Matt Mauser lost his wife, Christina, in the crash. She was a mother of three and a basketball coach.

This year, Mauser said, he took a new approach to commemorate the anniversary of Christina’s death.

Next Mega Millions jackpot will be 13th highest

“I kept [the kids] out of school; we had bacon and eggs and pancakes. And then we went to a little indoor race track. And we played we raced and we did some games. Just to kind of spend the day having fun,” he said.

He said it was important to him, even on the difficult anniversary, to remind his kids that family comes first.

“We knew it was going to be a tough day,” he said. “And you just want to be together on a challenging day. So that’s what I decided to do.”

Despite all that he and his family lost, Mauser said he doesn’t think about the crash.

“Instead, he said, “I think about my wife, I would say every 15 every 10 minutes … I would say would be an understatement,” he said. “She’s constantly on my mind. She’s always in the back of my mind.”

Mauser said he doesn’t pay much attention to discussions about what went wrong and whether things onboard the helicopter may have caused the crash.

In his wife’s honor, he set up the Christina Mauser Foundation. It helps young women as they enter their senior year of high school and assists them in getting scholarships.

“Last year, we gave away about $15,000 worth of scholarships to three different students,” he said.

The foundation plans to announce another round of scholarships in March.

Google Fi says customer data may have been stolen by hackers