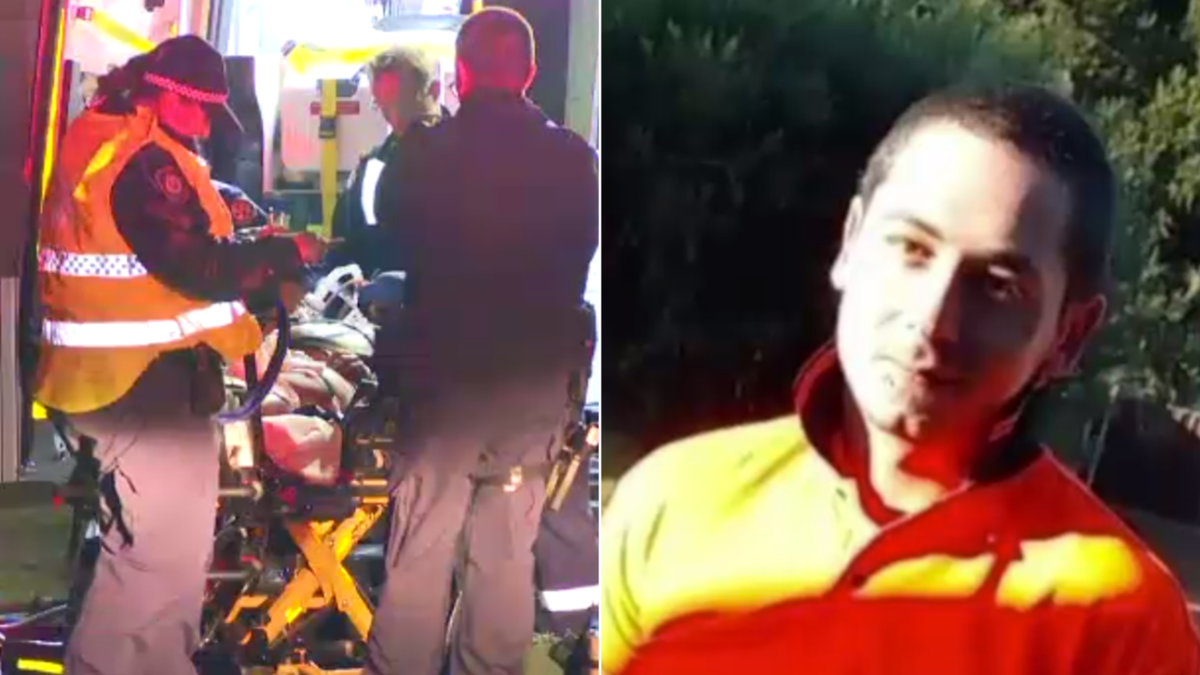 A man has been left fighting for life after being flung in the air and run over by a P-plater on Thursday night.

Hayden Hurst, 21, was allegedly struck at high speed by a Holden Commodore being driven by a 17-year-old boy on the Old Hume Highway at Camden just before 1am on Friday.

Hurst’s girlfriend witnessed the crash and called for help at the scene.

“He was still in the air as I looked and I ran over,” she said.

“I was screaming out for help hoping someone would come out.”

Specialist doctors were flown in to assist before Hurst was taken to Liverpool Hospital in a critical condition.

“For the people who did witness it, it would have been traumatising,” NSW Ambulance Acting Inspector Merinda Hill said.

“Even at low speed they can be devastating.”

Police said Hurst and the 17-year-old are known to each other. Investigators are now trying to determine the circumstances of the crash.

The two men had been in separate cars with friends before an argument broke out, and Hurst somehow ended up being hit by the P-plater.

Two different stories have been given to police, with one party saying the victim jumped in front of the vehicle, while the other claims he was deliberately run down.

The 17-year-old was released without charge as detectives continue to investigate the crash.

Denial of responsibility! Verve Times is an automatic aggregator of the all world’s media. In each content, the hyperlink to the primary source is specified. All trademarks belong to their rightful owners, all materials to their authors. If you are the owner of the content and do not want us to publish your materials, please contact us by email – [email protected]. The content will be deleted within 24 hours.
Car CrashNewsNSW NewsSydney
0
Share FacebookTwitterGoogle+ReddItWhatsAppPinterestEmail

Paige VanZant on brawl: ‘Come for the boobies, stay for the violence’

Bitcoin mine discovered by UK police on cannabis farm raid