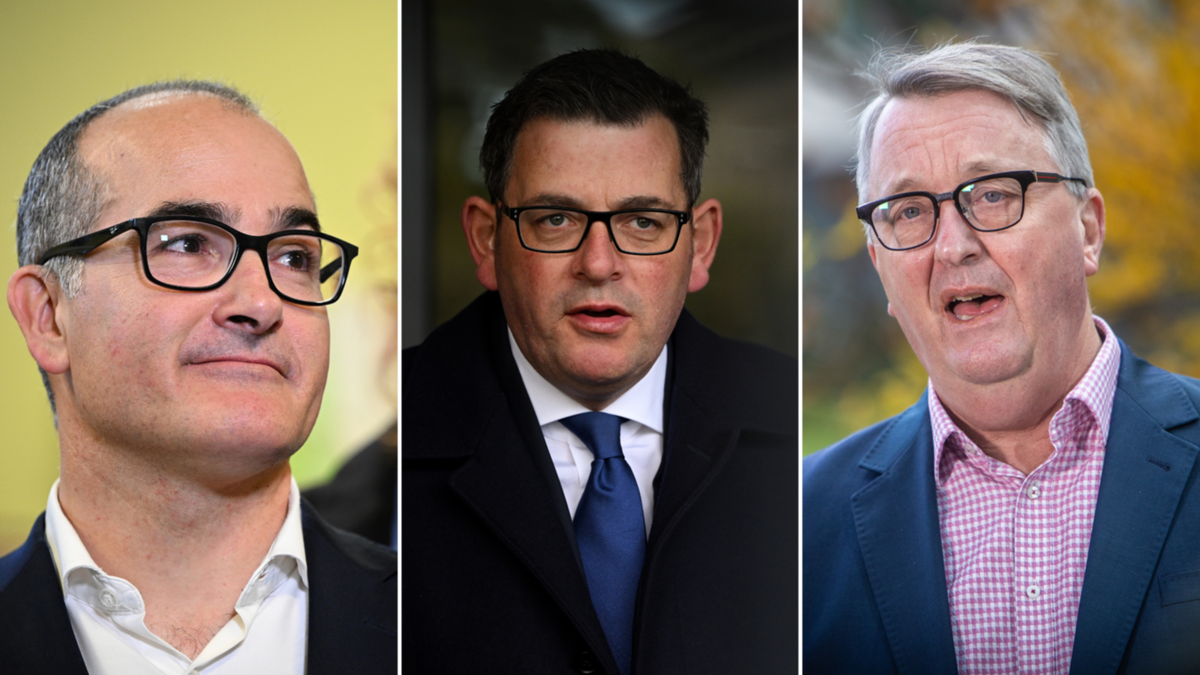 Watch more on the mass exodus in the video above

An official announcement is expected to come on Friday, but a Victorian government spokesperson declined to comment.

Ministers have faced questions about their future all week, including Merlino and Foley.

Foley, who took over from Jenny Mikakos as health minister following her resignation in September 2020, on Wednesday insisted he would contest the next election.

He noted the state is still “in the middle of a global pandemic” and “we’ve got one or two things to do”.

“I look forward to making a contribution to re-elect the Andrews Labor government via the seat of Albert Park,” he told reporters.

Merlino stopped short of confirming outright he would recontest his seat of Monbulk in Melbourne’s east.

“I’m not going to play the rumour game,” he said on Tuesday.

“I am absolutely committed to the re-election of the Andrews government … and I’ve got a lot of energy for the contest at the end of the year.”

Neville returned to work in August 2021 after taking leave to recover from surgery, while Mr Pakula’s lower house seat of Keysborough is being scrapped as part of an electoral redistribution.

When asked on Tuesday if he expected to reshuffle his cabinet before the election, Premier Daniel Andrews said he had no announcement to make.

“We’ll wait and see how things go,” he said.

Denial of responsibility! Verve Times is an automatic aggregator of the all world’s media. In each content, the hyperlink to the primary source is specified. All trademarks belong to their rightful owners, all materials to their authors. If you are the owner of the content and do not want us to publish your materials, please contact us by email – [email protected]. The content will be deleted within 24 hours.
Daniel AndrewsNewsPoliticsVIC NewsVIC Politics
0
Share FacebookTwitterGoogle+ReddItWhatsAppPinterestEmail

Melting glaciers are putting a hold on countries’ development — ScienceDaily

How To Care for Your Elder Loved Ones