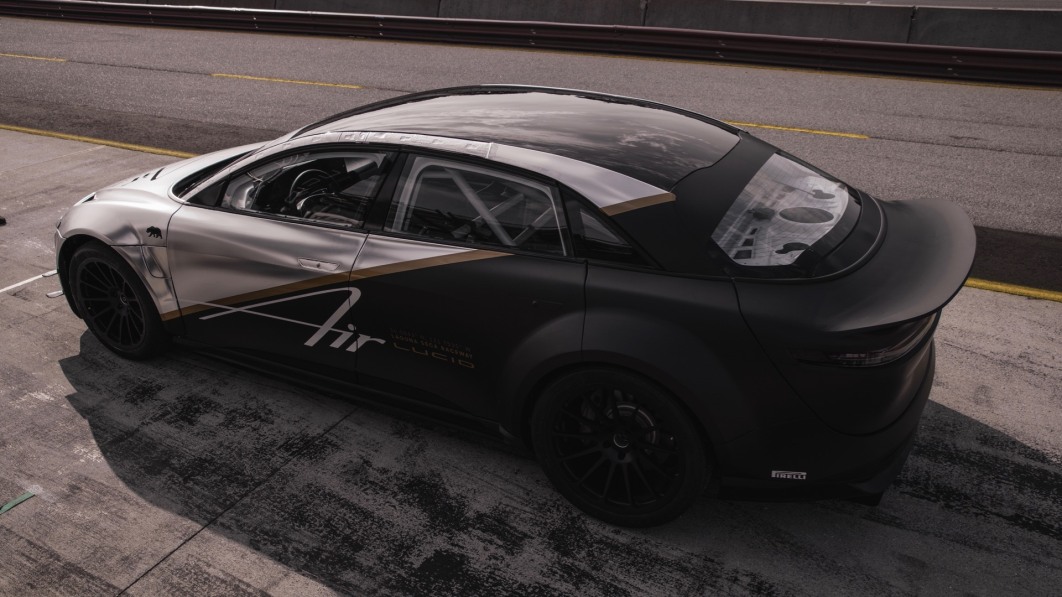 Lucid is another one of the automakers putting down roots at this year’s Monterey Car Week, which is underway now. The battery-electric Air will be making appearances at Motorlux and the Rolex Monterey Motorsports Reunion, ex-Stig Ben Collins will flog a 1,113-horsepower Air Grand Touring Performance around Laguna Seca, and visitors with the proper, ahem, credentials, will be invited to take one of the fleet out during the Lucid Dream Ahead Tour Ride & Drive program. Then, on August 19, Lucid will take the microphone at The Quail to introduce a “a new addition to the Lucid Air lineup.” Thanks to a trio of teaser tweets over the past week, the final one showing what looks like three electric motor stators, the debut is widely expected to be the Air’s three-motor version.

The tweets have also been tagged with the phrase, “Blue means go,” so look for some azul references come Friday.

At the moment, the dual-motor Air Grand Touring sits at the top of output mountain, making up to 1,050 horsepower. The only version with more puissance released so far was 1,111-hp Air Dream Edition, which was sold out. In the past — when the company set a 1:31.34 lap time around Laguna Seca and wanted to have the three-motor trim out in 2021 — Lucid CEO Peter Rawlinson said this most powerful variant makes 1,300 horsepower just using the two motors on the rear axle. Allowing that each motor peaks at 670 horsepower, contribution from the unit on the front has guesses for total output ranging from 1,300 to 2,000 horsepower. We’ll know in two days.

After that, for anyone visiting the Monterey shore this weekend, they’ll find the fresh Air at the Concept Lawn. They should also expect to find a purchase price well above the $154,000 opening bids for the Grand Touring — but that’s what Pebble Beach is for. Production is rumored to begin sometime in 2023.

Darius Danesh: Sadness, smiles and a whole lot of laughs as we remember Pop Idol star

Manufacturing orders from China down 40% in demand collapse

Rock rolls to victory over Vancouver