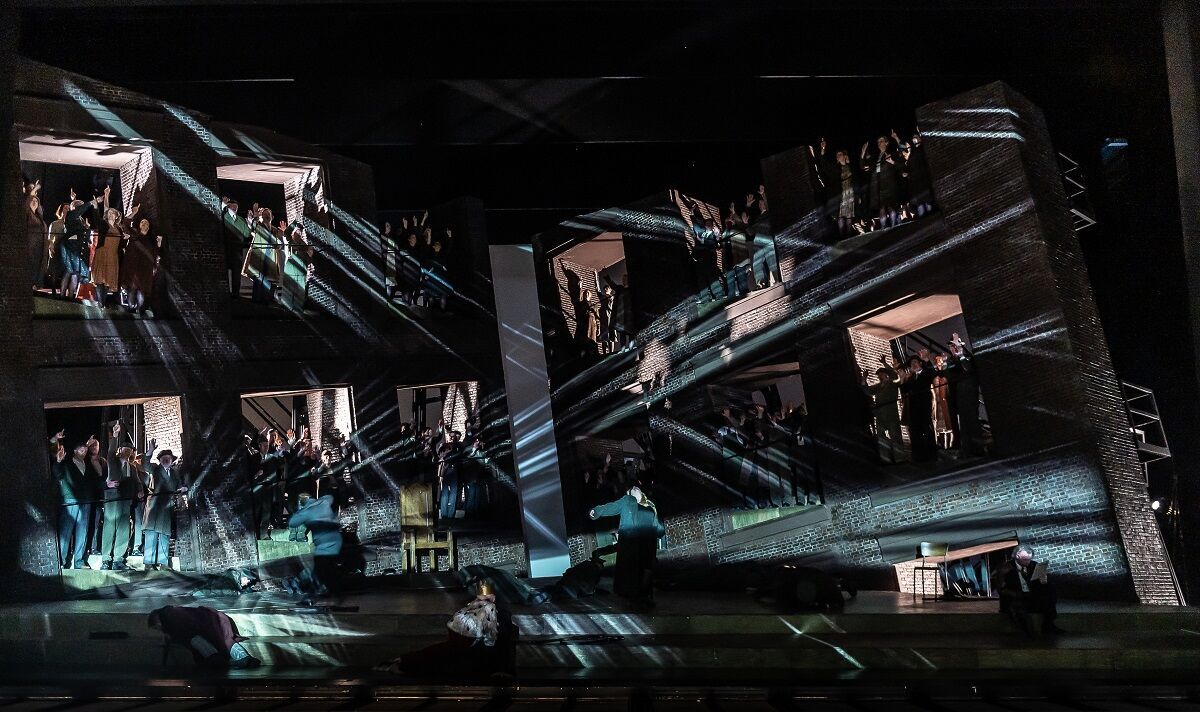 Lohengrin review: A Perfect Evening at the Opera | Theatre | Entertainment

Most were far too long and there was always something to distract me. The mistake I was making was in that word ‘listening’. A Wagner opera has to be seen as well as heard. It must be allowed to consume all one’s emotions and one needs to be sitting in a theatre with nothing to disturb the concentration.

After seeing The Mastersingers and then the entire Ring Cycle, I was converted. Wagner has a unique way of seizing the attention of the audience and never letting go, not even allowing the music to stop to allow applause other than at the end of each act.

You find yourself carried along on waves of musical emotion, building to climaxes, then becoming less intense to allow you to relax a little in time to experience the next climax.

David Alden’s production of Lohengrin at the Royal Opera House is as glorious an example as one could hope for of how Wagner should be presented: the plot is non-stop action; the set design is magnificently imposing; the singing is stunning; the lighting is gloriously imaginative and the music is masterful. Altogether, this was perhaps as perfect an example of opera at its best as I have ever seen.

The plot, as so often with Wagner, is based on an old myth. Elsa von Brabant (sung by Jennifer Davis) stands accused by Count Friedrich von Telramund (Craig Colclough) of murdering her brother so that she would become heir to the Brabant Dukedom.

Telramund demands that she be tried by combat and says that he will battle against her champion to prove her guilt.

She calls upon a knight she met in a dream to save her and a mysterious champion (Brandon Jovanovich) arrives in bare feet and a white suit in a boat pulled by a swan.

The knight uses his magical powers to defeat Telramund and agrees to marry Elsa, on condition that she never asks his name or ancestry.

She agrees, but the wicked Telramund plants doubts in her mind about her champion’s identity and Telramund’s witchy wife Ortrud (Anna Smirnova), who is pure evil, concocts a plan to gain revenge on Elsa and the knight.

Finally Elsa asks his name and before disappearing whence he came, he admits to being Lohengrin, knight of the Holy Grail.

It is all stirring stuff, and having the act one villain, Telramund, out-evilled by his wife Ortud in act two adds wonderful intensity to the story. The whole opera lasts four-and-a-half hours (including two intervals) but the gripping plot and powerful music make the time flash past.

A brilliant and faultless evening’s entertainment.

Tire sizes and ratings: What do letters and numbers mean?

A family of termites has been traversing the world’s…

Notorious B.I.G.’s Son On How He Honors His Dad 25 Years…