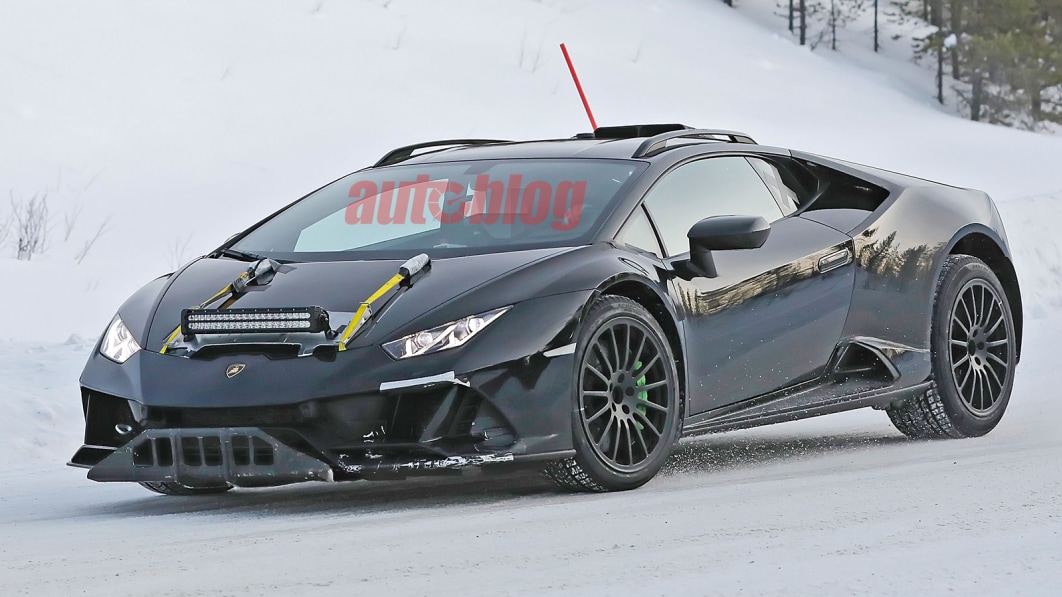 Back in the summer of 2019, which seems like so much longer than two and a half years ago at this point, Lamborghini showed an interesting concept called the Huracán Sterrato. It was a lifted, widebody version of the mid-engine supercar, and its name literally translated to dirt. It was quite cool, and surprisingly grounded. And it must’ve been received well not just by us, but possibly customers, because these spy photos seem to indicate Lamborghini is working on a production model.

There are a few indicators, but the most clear is the fact this test car has a noticeably taller ride height than its pavement-pounding predecessors. The concept, for reference, had an extra 1.85-inches of ground clearance. Furthermore, the prototype is sporting roof rails like those seen on the concept. Some other interesting additions that may or may not indicate plans for the production car include the skid plate up front, the additional lighting on the hood, and a new roof scoop up top. They’re all clearly temporary additions, but the concept had bodywork that suggested some sort of skid plate, as well as auxiliary lighting. The roof scoop is a bit of a head-scratcher, though. We’re not one to turn down a sweet mid-engine supercar scoop, but roof rails would seem to suggest carrying stuff on the roof, which would seem to directly block said scoop. On the other hand, that scoop could provide cleaner air when out in the dirt.

Missing from the concept are the fat fender flares, but that’s not too much of a surprise. We would expect the powertrain is basically the same as that of the Huracán Evo with a naturally aspirated V10 and all-wheel drive. It will probably have specific driving modes that adjust the traction and stability control systems for sporty, slippery driving conditions. We could also see the car being shown sometime either this year or next year, since it will likely be based on the current Huracán.