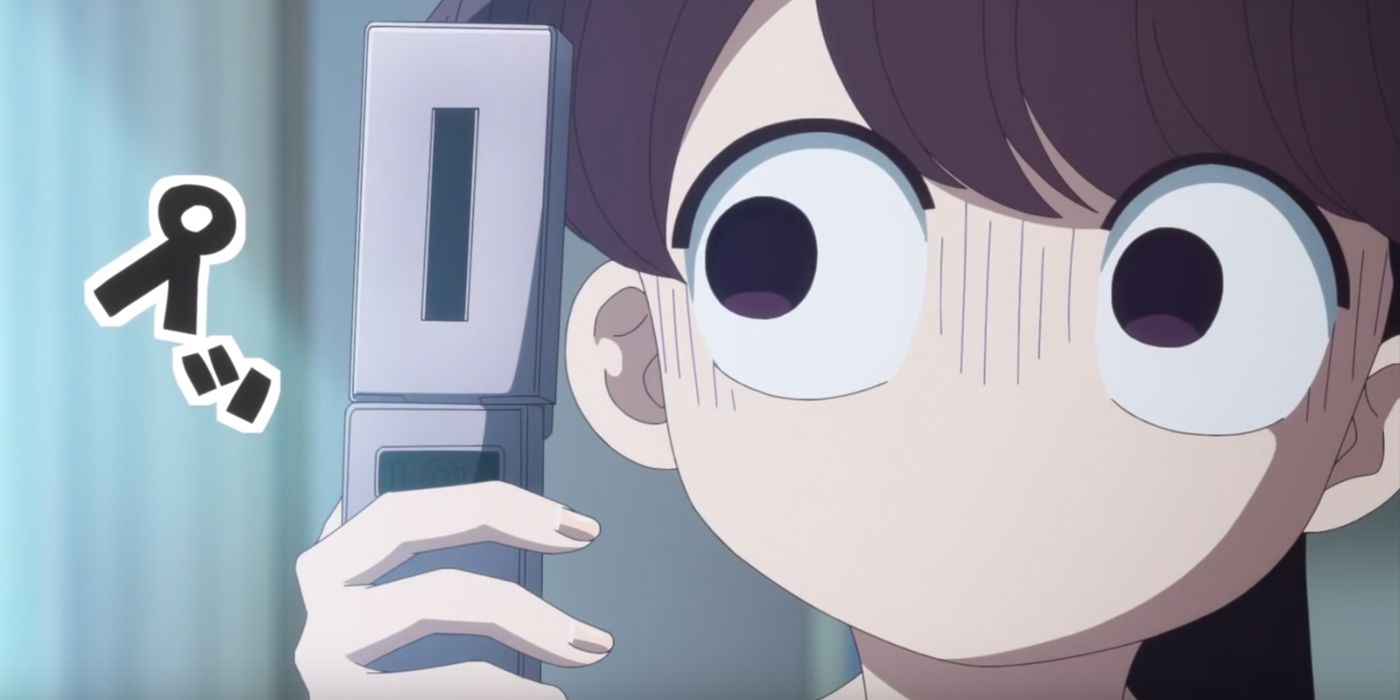 Shoko Komi has been working at overcoming her social Anxiety in Komi Can’t Communicate, with Episode 6 pushing her further out of her comfort zone.

Ever since Episode 1 of Komi Can’t Communicate, it’s been established that protagonist Shoko Komi experiences extreme social anxiety to the point where she struggles to vocalize her thoughts. In Episode 5, her friend Najimi Osana attempted to break Komi out of her comfort zone by inviting themself over to her house, along with their mutual friend Hitohito Tadano. Despite her anxiety flaring up by bringing her friends home, this experience gave Komi the courage to invite them to eat lunch with her at a ramen shop.

Episode 6 continues the momentum established by Episode 5 with Komi attempting to joke around, though her friends are unable to understand them. Najimi decides to take Komi’s progress a step further by inviting her to go shopping for clothes with them. This proves another major barrier for Komi to overcome as she’s not used to buying her own clothes, with her mother usually choosing them for her. This in turn proves to be an exciting new challenge for Najimi.

At a shopping mall, Najimi, Tadano, Ren Yamai and Himiko Agari pick out clothes for Komi to try out based on their own personal tastes. Najimi has Komi try out a cheongsam, Ren has her try a dress she personally likes, Himiko picks out more casual clothes for her and Tadano has her try a dress he randomly chose. After Komi anxiously tries on each of the items picked out for her, each friend rates the outfits with Komi getting the final say. Everyone — including Komi herself — rates Tadano’s outfit as the one that looks best on her, which makes Komi happy.

Throughout Episode 6, Najimi continues finding new ways to ease Komi’s social anxiety by having her try new things that fall outside her comfort zone. This includes inviting Komi to go swimming with their group of friends and playing a game of Jenga in the school library, which gets them all in trouble. These new challenges in Komi Can’t Communicate not only allow for Najimi and friends to learn more about Komi as a person, but they also allow Komi to learn more about herself. She discovers, for example, how exciting it can be to get in trouble every once in a while after she gets punished along with her friends for being disruptive in the school library.

Komi’s adventures in Episode 6 reveal that her extreme social anxiety was built over a period of time and will not change overnight. As a result, it’s limited her life experiences to a significant degree where finds rule-breaking in a school library an exciting new venture, whereas her friends find themselves dreading the consequences. Even though each new experience flares up Komi’s anxiety at first, it also allows her to gradually overcome some of her imagined fears in a similar fashion to someone learning how to swim or ride a bicycle for the first time.

As Komi Can’t Communicate continues, Komi is in a place where she can comfortably hold conversations with her friends through written communication, but still struggles to vocalize her thoughts. At best, she’s able to use her voice over the phone because she’s not standing face-to-face with her friends and is not potentially exposing herself to embarrassment. While Komi still struggles to form words over the phone, the fact that she’s becoming gradually comfortable with using her own voice among her group of friends is still a sign of progress.

5 Anime & Manga Couples That Honestly Shouldn’t Be Together

Diane Darcy is a features writer for CBR with an educational background in psychology. She is also a graphic designer and a podcaster. As a huge lover of anime, manga, comics, film and television, Diane created several fan blogs and websites over the years. Her most popular blog is the Helena Wayne Huntress blog. Diane has also contributed publications to WWAC, Comics Bookcase, and Shelfdust. Diane is also a regular podcaster on DC Comics and Doctor Who for the Wright On Network. Diane can be followed on Twitter at @HelenaWayneBlog and Instagram at @dianedarcywriter

WHO chief: Omicron shows need for global accord on pandemics