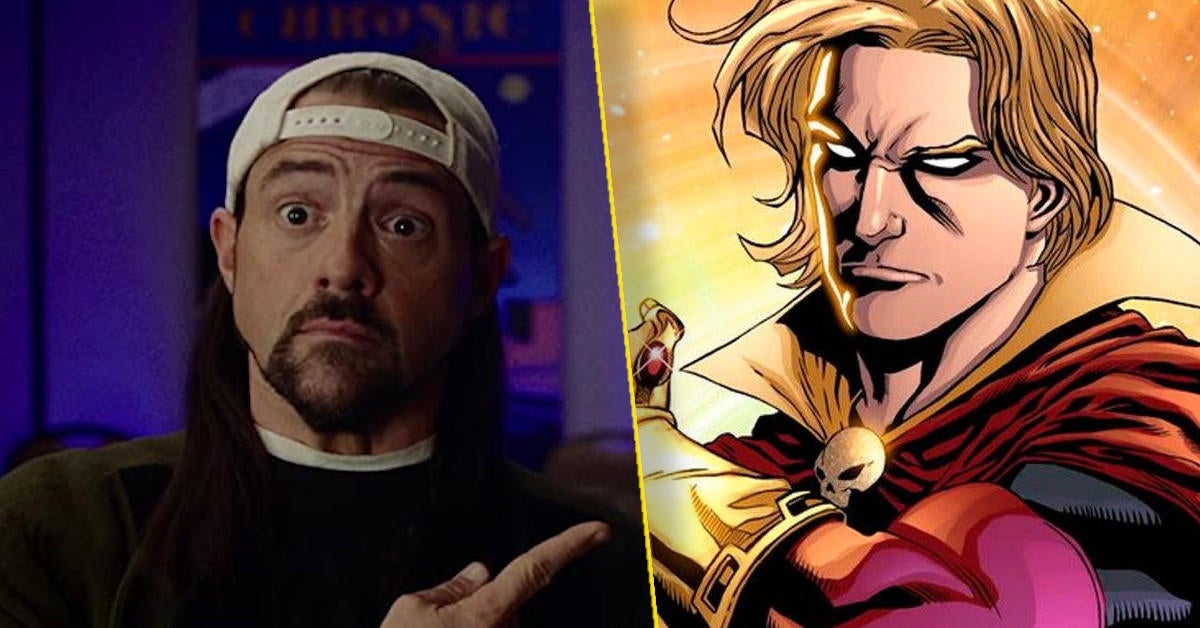 This week brought the surprise news that the cast of Guardians of the Galaxy Vol. 3 has officially grown with The Maze Runner and Black Mirror: Bandersnatch star Will Poulter being tapped for the role of Adam Warlock, a part teased at the end of 2017’s sequel. As with any new piece of major Marvel news, filmmaker and professional fanboy Kevin Smith sounded off on the choice on his latest FatMan Beyond Live podcast, saying: “Will Poulter has striking f-cking looks which I think will look wicked in a costume and stuff like that, make-up, whatever they do. But yeah, strong choice man…I can’t wait. I’m just happy there’s a Guardians 3.”

Smith and his co-host Marc Bernardin also spoke about the other actors that were reportedly up for the role which included 1917‘s George MacKay and Bridgerton star Rege-Jean Page had also auditioned for the part. In response, Smith added: “How to do this without sounding judgey….Adam Warlock is meant to be like ‘the perfect specimen,’ so you’d imagine that Rege guy was probably (interested). That guy, I didn’t watch Bridgerton but I saw him host SNL and I was like, I would f-ck him. They’re right, he’s f-cking gorgeous. He would have been a great choice.”

The pair also spoke about how Poulter had recently departed Amazons’ Lord of the Rings TV series, promptimg speculation that he left Middle-earth to go be a part of the Marvel Cinematic Universe. Smith noted: “More of a lateral move, from one behemoth to another.”

Following the news that Poulter had been cast in the role, writer/director James Gunn, ever reliable in busting bad scoops, confirmed that the report was in-fact, accurate. Gunn tweeted: “As you guys know I often strike down false rumors, so…um….Welcome to the Guardians family, Will Poulter. He’s an amazing actor and wonderful guys. See you in a couple weeks. #AdamWarlock #GotGVol3.”

Poulter also replied to Gunn, adding: “Thank you, James. It’s a genuine honour to play this role and to work with you. I’m very excited to get to work.”

Denial of responsibility! Verve Times is an automatic aggregator of the all world’s media. In each content, the hyperlink to the primary source is specified. All trademarks belong to their rightful owners, all materials to their authors. If you are the owner of the content and do not want us to publish your materials, please contact us by email – [email protected]. The content will be deleted within 24 hours.
Adam WarlockGuardians of the Galaxy Holiday SpecialGuardians of the Galaxy Vol. 3Kevin Smithmarvel cinematic universeWill Poulter
0
Share FacebookTwitterGoogle+ReddItWhatsAppPinterestEmail