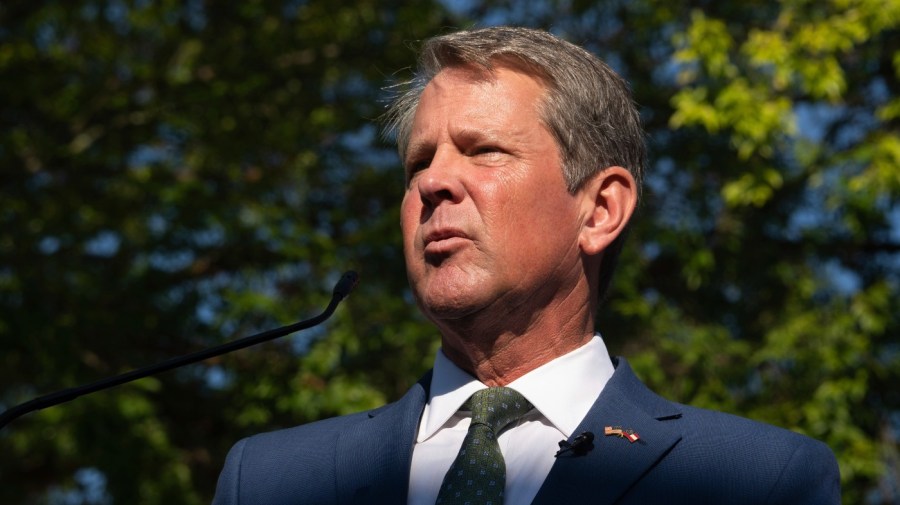 Kemp polls slightly ahead of Abrams in Georgia

More Georgia voters said they were likely to vote for Gov. Brian Kemp (R) than his Democratic challenger Stacey Abrams less than two months out from Election Day, according to a new poll.

About 49 percent of Georgians said they definitely or probably would vote for Kemp, compared to 45 percent of voters who said the same for Abrams, according to a Monmouth University poll published Thursday.

The race for Georgia’s next governor is one of the most closely watched elections heading into November. Kemp narrowly beat out Abrams for the position in 2018.

Patrick Murray, director of the independent Monmouth University Polling Institute, said 35 percent of Georgians falsely believe the 2020 election was stolen. While Kemp tightened election security laws in his state following the election, he did not overturn the results.

“Some election conspiracists may still hold a grudge against Kemp for not stepping in to overturn the 2020 result, but it’s unlikely to cost him much support,” Murray said in a statement. “They may not be enthusiastic, but they’ll still vote for him over Abrams.”

Like many Democrats, Abrams has focused much of her campaign on abortion rights following the Supreme Court’s decision over the summer to strip away the constitutional right to abortion.

Abrams has also campaigned on tightening gun control laws, while Kemp has loosened them during his governorship.

“These are hot-button issues that motivate Democrats, but that number may not be large enough to help Abrams in this race,” Murray said.

The Monmouth University poll was conducted Sept. 15 to Sept. 19 among 601 Georgia registered voters. The margin of error is plus or minus four percentage points.