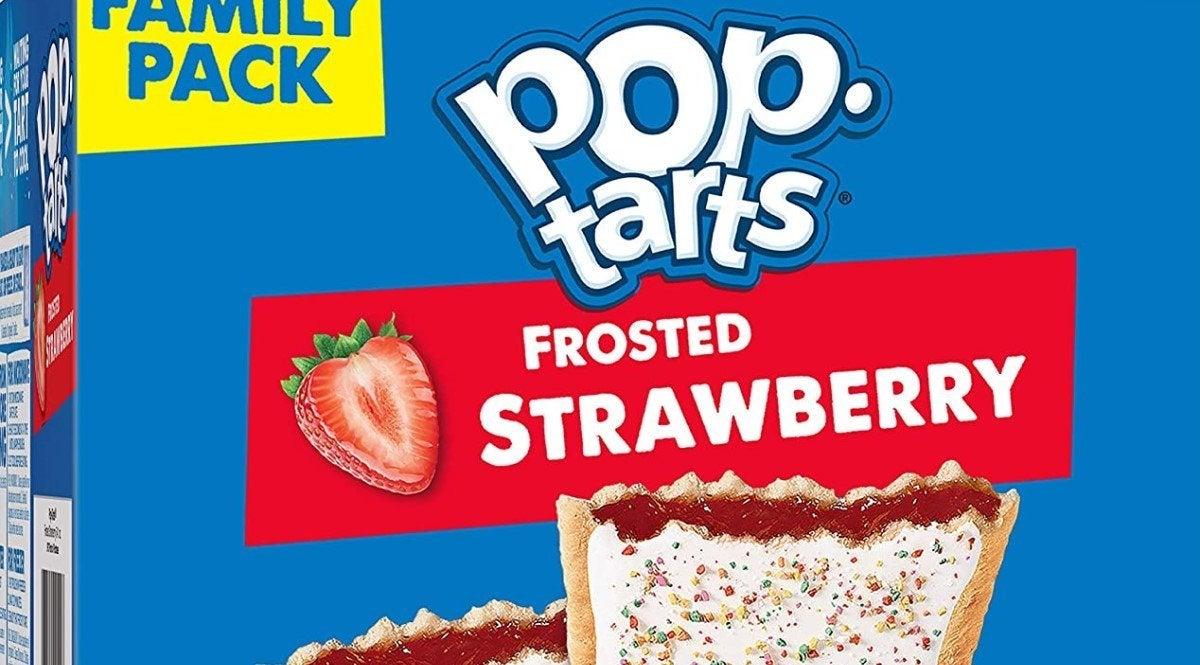 Kellogs Being Sued For Not Enough Strawberries In PopTarts

New York consumer Elizabeth Russett has filed a lawsuit against Kellogg’s, alleging that they are misrepresenting their strawberry Pop Tarts because much of the filling is actually made up of other fruits. Per TMZ, who first reported the story, the suit alleges that the filling is made up primarily of pears and apples, which it claims are “not enough to provide the berry’s nutritional benefits, let alone a strawberry taste.” Kellogg’s recently settled a similar class action suit for $13 million with consumers who objected to their characterizations of cereals the company marketed as low-sugar and heart-healthy.

Back in August, a shopper in Illinois filed a class action suit, according to Top Class Actions. Anita Harris’s suit alleges fraud, claiming that the amount of strawberries in the breakfast pastries is exaggerated, and that advertising and promotional content online and on the packaging lead consumers to believe there’s more fresh strawberry than is actually used in the production process. It, too, claims that the nutritional benefits of the berries cannot be approximated by the Kellogg’s recipe.

“The benefits from strawberries cannot be provided by strawberry ‘flavor,’ which refers to compounds extracted from strawberries used solely for taste, without their nutritional value,” reads an excerpt from the Illinois lawsuit, which claims that “Based on a quantitative estimate and analysis of the filling, it appears to or may even contain more non-strawberry fruit than strawberry ingredients.”

If that sounds familiar, it’s likely because it’s not dissimilar to a recent suit over the contents of the tuna in Subway sandwiches. After an independent laboratory study appeared to support the contents of that suit, Subway was forced to launch a new web campaign defending the contents of its fish.

Kellogg’s has already dealt with the Pop-Tarts issue before, when a different consumer sued, accused the company’s labelling of being misleading. They were on the receiving end of a similar lawsuit over their Kashi mixed berries breakfast bars.

Denial of responsibility! Verve Times is an automatic aggregator of the all world’s media. In each content, the hyperlink to the primary source is specified. All trademarks belong to their rightful owners, all materials to their authors. If you are the owner of the content and do not want us to publish your materials, please contact us by email – admin@vervetimes.com. The content will be deleted within 24 hours.
foodLawsuitsviral nonsense
0
Share FacebookTwitterGoogle+ReddItWhatsAppPinterestEmail

‘Covid is still around’: why Leicester shoppers are still wearing masks | Coronavirus

Love Islanders to be named and shamed for not declaring…