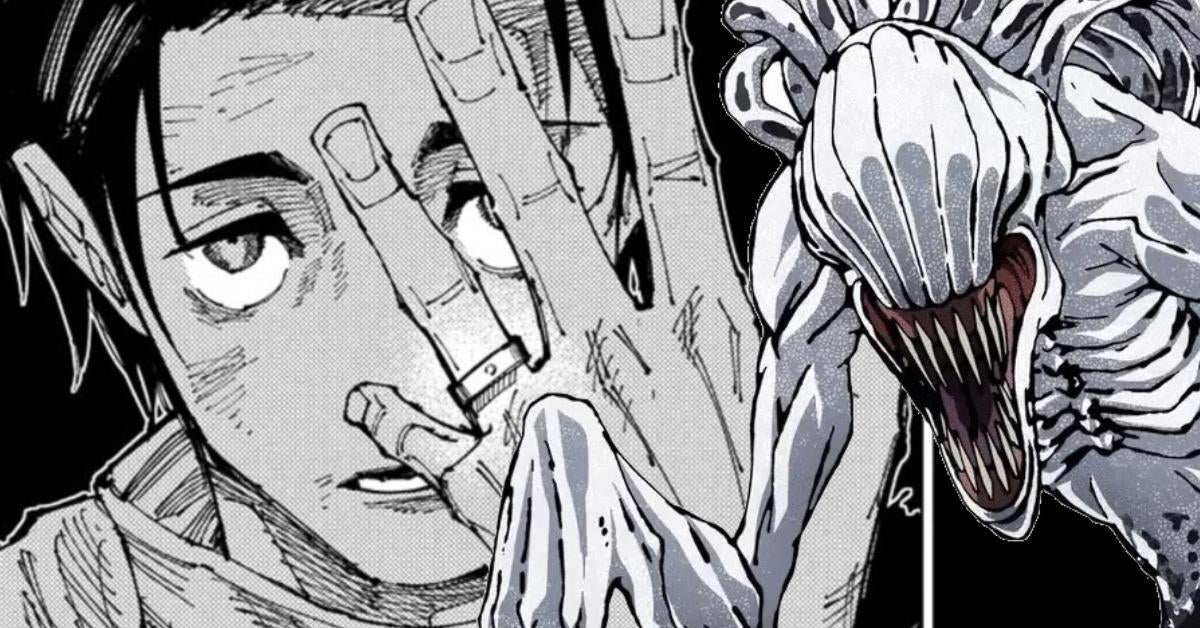 Jujutsu Kaisen is setting the stage for Rika’s full cursed spirit return with the cliffhanger from the newest chapter of the series! The latest chapters of Gege Akutami’s original manga series has shifted its focus to Yuta Okkotsu’s fights in the Culling Game, and he has already made some major moves in the Sendai Colony. When this colony was first introduced to the arc, it was revealed that there was a tense stalemate among four of the top competitors and Yuta completely tore that apart by taking out two of the strongest fighters. Now the colony has broken out into full on chaos.

Making the most out of Yuta breaking the stalemate and potentially making himself look like a weak target, the other two top fighters left alive quickly started attacking Yuta in the previous chapter. While the series already teased the kind of powerful techniques at their disposal, it seems that Yuta’s current abilities (which he has been holding back for fear of showing all of his playable cards so early in the tournament) won’t be enough. That means he’s going to need a lot of help from Rika…the full Rika last seen during Jujutsu Kaisen 0.

When Yuta initially made his return to the series as the one who was tasked with executing Yuji following the Shibuya Incident, there were some major questions raised about the fact that he still had Rika attached to him. Jujutsu Kaisen 0 established that Rika was able to move on peacefully following his fight with Geto (and its subsequent leading to the curse on her spirit being removed), so the fact that she still seemed to be around (and channelled through his ring) raised questions about the nature of their current partnership and her overall abilities.

It seems we’ll see for sure soon enough as because Takako and Ryo’s attacks push him to the brink, the final moments of Chapter 177 sees Yuta calling for Rika and asking her to give him “everything.” The last time this happened during the prequel he was able to copy any techniques he witnessed and unlocked a whole new level of power, but it was also a one-time technique before. Now it remains to be seen whether or not the two of them are working in the same way a year later…especially if this isn’t the same kind of “Rika” that he had before.

We might have seen Rika in action already a few times throughout the fight with Yuji and the Culling Game so far, but what do you think? How do you feel about Yuta bringing out the full Rika form again? Are you curious to find out what happened to the two of them in the year since the events of the prequel series? Let us know all of your thoughts about it in the comments! You can even reach out to me directly about all things animated and other cool stuff @Valdezology on Twitter!

Denial of responsibility! Verve Times is an automatic aggregator of the all world’s media. In each content, the hyperlink to the primary source is specified. All trademarks belong to their rightful owners, all materials to their authors. If you are the owner of the content and do not want us to publish your materials, please contact us by email – [email protected]. The content will be deleted within 24 hours.
Anime (genre)Gege AkutamiJujutsu KaisenJujutsu Kaisen 0Manga
0
Share FacebookTwitterGoogle+ReddItWhatsAppPinterestEmail

Zelenskyy Says The West’s Sanctions On Russia Are Insufficient