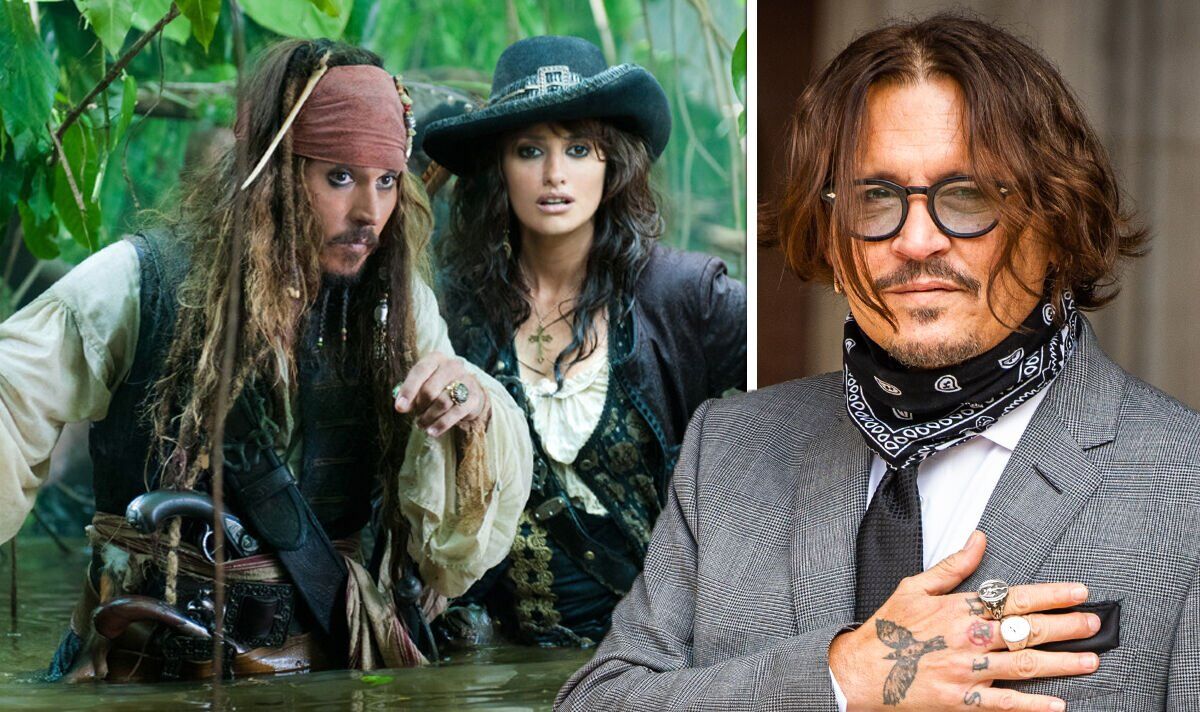 In recent weeks Johnny Depp’s actions and deeds have been called into question by Amber Heard and her lawyers. He has been accused of hitting her during their marriage, while she has been accused of the same. But before the stars were confined to a courtroom, Depp spent most of his time on set – usually on a Pirates of the Caribbean movie.

And in 2011 he covered the backs of everyone on set when things got a bit rough during filming.

A lot of the Pirates of the Caribbean movies are shot on location in the Caribbean. And during the filming of the fourth movie in the series, 2011’s On Stranger Tides, a Caribbean storm rolled in to ruin the shoot.

Depp described the shoot at the time by saying: “Things became a little creaky,” regarding how rough things got on the giant pirate ships in the middle of the ocean. And things got even worse for them when the Pirates of the Caribbean crew returned to Pinewood Studios in the UK.

Depp, the cast and the crew were subjected to even more torrential rain and endless downpours.

So, to stay safe from this constant onslaught of weather, he gifted the crew some defence. He paid a staggering $60,000 on thick winter coats for the cast and crew to keep them warm and dry. He reportedly bought around 500 coats that were given out to everyone on set.

READ MORE: Pirates of the Caribbean star lashes out at ‘detested’ Amber Heard

A source also told The Sun: “Johnny paid out of his own pocket for all 500 of us to have a nice warm waterproof.” They added: “It’s a great morale boost and another example of why his is one of the nicest people in Hollywood.”

Shortly thereafter, the film, On Stranger Tides, was released in cinemas around the world – and to great success. And the Disney movie was a great success, earning more than $1 billion at the box office.

Pirates of the Caribbean: On Stranger Tides broke some box office records and became one of the highest-grossing movies of the year.

Just a few years later, a sequel was released: Pirates of the Caribbean: Dead Men Tell No Tales – but this film was markedly less successful. The movie took home $795 million at the box office.

The Pirates of the Caribbean movies are available to watch on Disney Plus now.

Step aside hipsters, scientists need your coconut water to…