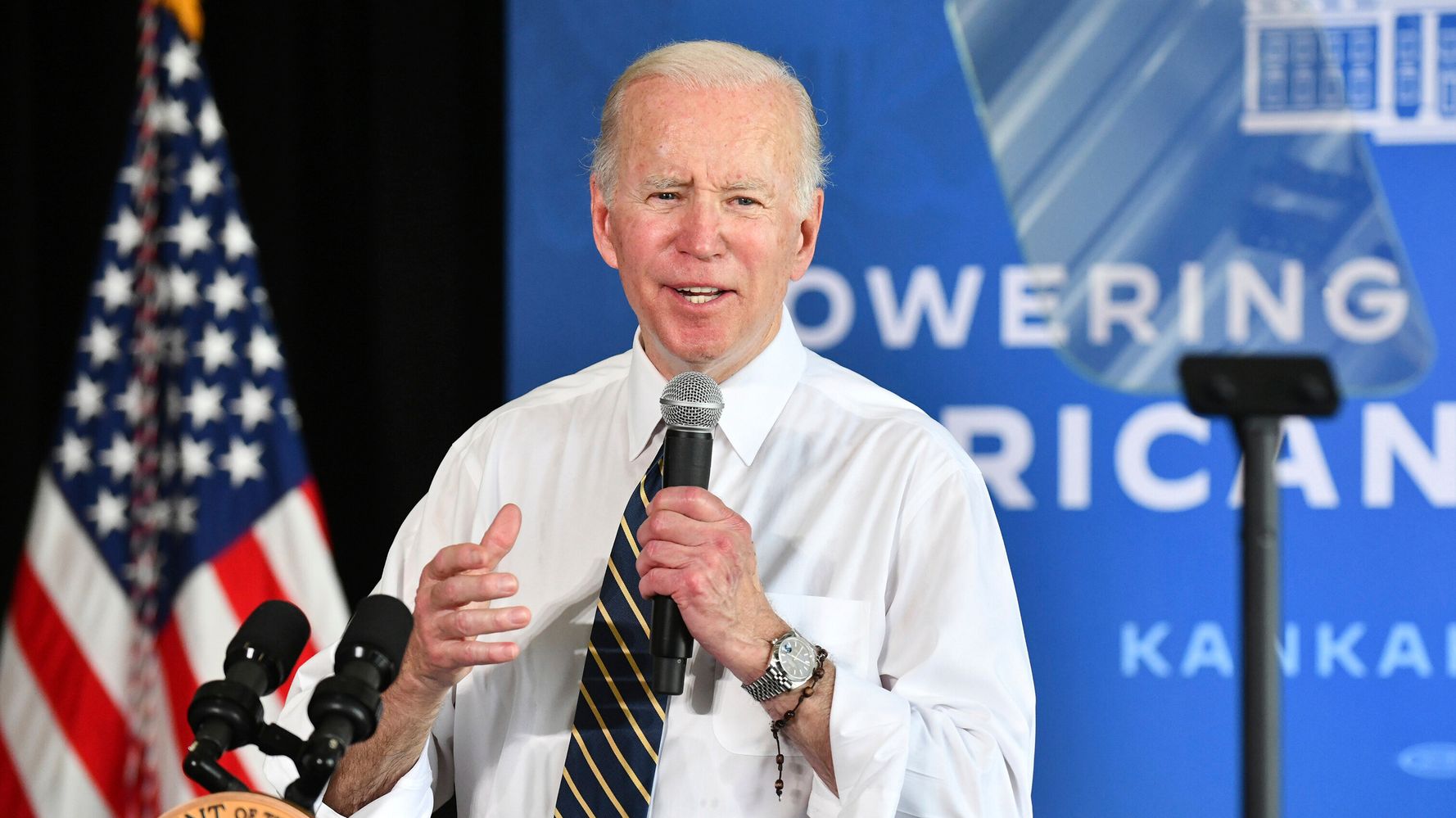 WASHINGTON ― President Joe Biden on Thursday announced several actions his administration is taking to help alleviate an alarming shortage of infant formula that has left desperate parents searching for food across the country.

The shortage has built for months, first from the supply chain headaches that have wreaked havoc with the broader economy. But the crisis grew after a February recall of formula by Abbott, the nation’s largest manufacturer of formula. The recall, which came after two infants died after eating tainted formula, also shut down a key factory in Sturgis, Michigan.

On Thursday, Biden spoke with retailers and manufacturers including Walmart, Target, Reckitt and Gerber about the situation. Afterward, the White House announced it would ask state governments to provide more flexibility to the WIC program, which provides formula for poor families; would move to import more baby formula; and would ask the Federal Trade Commission and state attorneys general to crack down on any price gouging surrounding formula.

Republicans have complained that the Food and Drug Administration shuttered the facility without evaluating how a shutdown would affect the formula supply, and they have called the Biden administration too slow in responding to the formula crisis.

The Abbott shutdown occurred in response to a potentially serious health threat: Four babies got sick from Cronobacter sakazakii bacteria infections last fall after drinking formula from the plant, and two of them died. The FDA warned parents not to use certain formulas in February and Abbott recalled the affected products.

According to the Centers for Diseases Control and Prevention, “Cronobacter illnesses are rare, but they are frequently lethal for infants.”

During a series of inspections starting in January and continuing through March, FDA inspectors found Cronobacter sakazakii germs on surfaces at the Abbott plant on 20 occasions, according to the FDA’s Form 483 report, including on a “scoop hopper,” a piece of a equipment feeding scoops that “are placed directly inside infant formula containers and contact product.” The company also found Cronobacter in two finished products.

The FDA observed Abbott employees not following company protocols, such as by failing to sanitize their shoes when entering sensitive areas. Inspectors also saw water leaks, puddles, and debris-covered duct tape on the floor of a production room.

Abbott has said there is “no evidence” linking its formula to the four Cronobacter illnesses, since genetic sequencing of the Cronobacter that sickened two of the infants found different strains of the bacteria from the kind in the plant.

“Open containers from the homes of the infants were also tested in three of the four cases; two of the three tested negative,” Abbott said in a statement. “The one positive was from an open container from the home of the infant, and it tested positive for two different strains of Cronobacter sakazakii, one of which matched the strain that caused the infant’s infection, and the other matched a strain found on a bottle of distilled water in the home used to mix the formula. Again, neither strain matched strains found in our plant.”

There shouldn’t be any Cronobacter in a baby formula factory, said Peter Pitts, a former FDA associate commissioner. It doesn’t really matter that infants had been sickened by different strains of the germ.

“It forced the FDA to go look at this plant, which was in horrible compliance condition. They stumbled onto the problem,” Pitts said. “The only thing worse than a shortage of baby formula is low quality formula. People keep asking who’s to blame here and the answer is Abbott.”

Sen. Bob Casey (D-Pa.), one of the first lawmakers to inquire about the plant closure, welcomed efforts by the White House to alleviate supply, but he said that both Abbott and the FDA had yet to sufficiently explain their actions that led to the crisis.

“There’s real questions about when the world was notified, when folks were aware of the problem. … [There’s] a lot of failures here but in the short term you’ve gotta figure out a way to get people the formula you need,” Casey said.

After she returned to work from maternity leave in March, one day Maria Cintron sent her husband to the store to pick up some formula. She had been breastfeeding her 6-month-old but needed to supplement now that she’d returned to work.

Cintron said her husband came back with the wrong kind ― but it wasn’t because he’d made a mistake. It was because there was nothing else available at the store. She later went back to the store and saw the barren shelves for herself.

Just this week, Cintron said, they wound up buying liquid formula instead of the usual powdered kind, which is less expensive.

For Cintron, the shortage brought home the struggles facing the parents she serves as director of the HopeLine, a community resource center that helps low-income families in New York City. Cintron said her organization typically gives families a single can of baby formula powder when they pick up a box of food or diapers, but lately families have been asking for more while HopeLine has had less to give.

“A lot of our parents are coming back and asking us to make exceptions because they’re struggling to get formula themselves,” Cintron said. “It should be a given that we have this additional asset for them and we’re struggling to have it.”

Denial of responsibility! Verve Times is an automatic aggregator of the all world’s media. In each content, the hyperlink to the primary source is specified. All trademarks belong to their rightful owners, all materials to their authors. If you are the owner of the content and do not want us to publish your materials, please contact us by email – [email protected]. The content will be deleted within 24 hours.
baby formulaJoe Biden
0
Share FacebookTwitterGoogle+ReddItWhatsAppPinterestEmail

Study sheds light on what influences water supplied by snowmelt