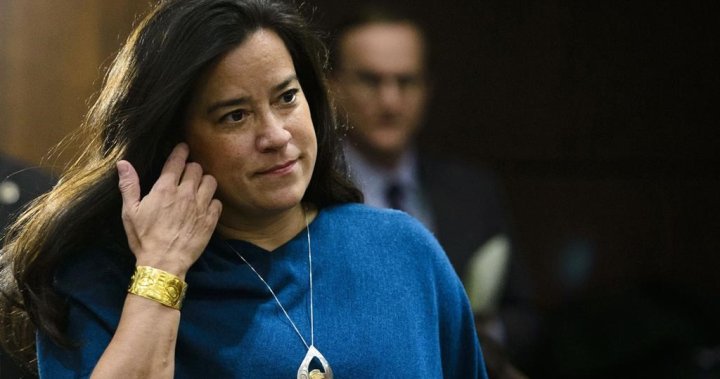 Jody Wilson-Raybould will not run in next federal election

Jody Wilson-Raybould will not be running in the next federal election.

In a letter posted on her constituency website Thursday morning, Wilson-Raybould announced she will not seek re-election as the Independent MP for Vancouver-Granville and will instead shift her focus to working outside of federal politics to create change for Indigenous people.

“I have been looking at myself in the mirror,” she said in the letter, which describes work that Wilson-Raybould’s grandmother did to protect Indigenous rights and traditions.

“I have been asking myself what I can do next, in whatever small way that might be, to help tackle the problems we face locally and beyond. I know that, at this time, those efforts will not be in Parliament.”

Wilson-Raybould’s decision comes amid mounting speculation of a federal election by the fall.

The Independent MP first won the Vancouver-Granville riding as a Liberal in 2015 and was appointed to the federal cabinet, where she served as the country’s first Indigenous attorney general until 2019.

That’s when she was unexpectedly shuffled into the veterans affairs portfolio, from which she resigned shortly afterwards when the SNC-Lavalin scandal engulfed Prime Minister Justin Trudeau.

Wilson-Raybould levied explosive allegations of political interference by Trudeau and top officials in the Montreal engineering giant’s criminal court case, accusing them of pressuring her to cut the company a deal to avoid criminal prosecution for allegedly bribing Libyan officials.

The allegations led to committee hearings that saw Trudeau and top advisers brought to testify on their actions, and an investigation by the federal ethics commissioner who ruled that Trudeau broke the rules in trying to exert undue pressure to get the company a deal to avoid criminal prosecution.

After Wilson-Raybould spoke out about her concerns, Trudeau kicked her out of the Liberal caucus along with Jane Philpott, another rising star in the cabinet who had also voiced concerns about Trudeau’s handling of the allegations with Wilson-Raybould.

Both Philpott and Wilson-Raybould then launched bids to run as Independent MPs in their respective ridings ± an uphill battle for politicians in a political system that favours candidates running for official parties — but Wilson-Raybould was the only one to win back her seat in the October 2019 election.

Since then, she has served as an Independent MP.

That’s meant a significant cut-back in financial resources, the time allotted for her to ask questions or speak in the House of Commons, and her ability to take part in committees.

She has spoken publicly about how she was initially reluctant to enter federal politics but was convinced to do so by a belief that Trudeau was committed to a different style of politics.

Wilson-Raybould said in her letter she wants to focus on supporting voices outside of federal politics.

“Both inside and outside of government, I know the fight continues. And others will be there,” she wrote.

“At this time in my life, though, I realize there is work for me to do outside of federal politics.”

“To mobilize different voices, support and advance them, and build co-operation among peoples, groups, and stakeholders who recognize the need for transformative change to our political culture, and who have the courage to break from the outdated and ineffective norms and patterns that continue to dominate our governance,” Wilson-Raybould added.

“Canadians need to lead our leaders.”

Denial of responsibility! Verve Times is an automatic aggregator of the all world’s media. In each content, the hyperlink to the primary source is specified. All trademarks belong to their rightful owners, all materials to their authors. If you are the owner of the content and do not want us to publish your materials, please contact us by email – [email protected]. The content will be deleted within 24 hours.
Canadaindigenous rightsindigenous rights in CanadaJody Wilson-RaybouldJody Wilson-Raybould not running againJWRJWR Independent MPJWR not running again
0
Share FacebookTwitterGoogle+ReddItWhatsAppPinterestEmail