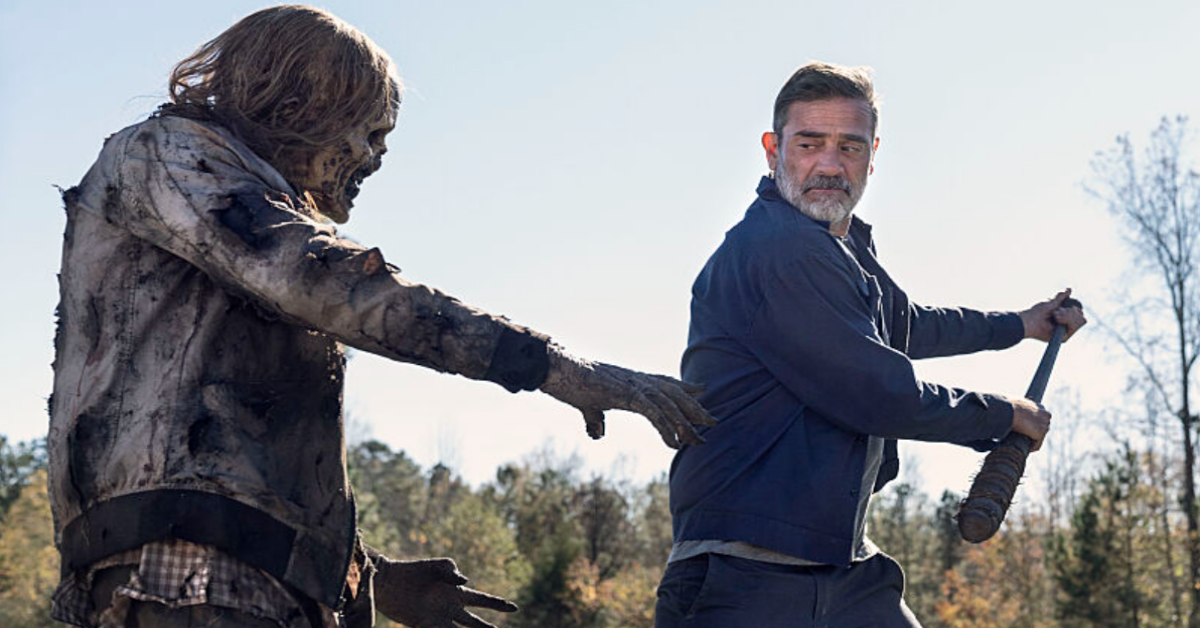 Jeffrey Dean Morgan reveals he doesn’t know how The Walking Dead will wrap up its eleventh and final season now airing on AMC. Last September, AMC Networks announced the zombie drama would end after an expanded 24-episode Season 11, concluding with a series finale in 2022. As The Walking Dead nears the close of Season 11A — Part 1 of the Final Season Trilogy, to continue with Season 11B and 11C next year — the Negan actor says he doesn’t know where the story is going or how it will end.

“It’s the last season, and so you know, trying to wrap up an 11-year program that has been such an iconic show for so long. I don’t know how easy of a task that is for our writers and the people well above my pay grade,” Morgan said on The Rich Eisen Show. “I don’t know where they’re going, and everything’s kind of a surprise to me, every script is something new. So we will see.”

“I’m hoping that Negan is gonna survive and continue sort of his road to redemption,” added Morgan, “but I have a feeling it’s never going to be that easy.”

Season 11 recently passed the halfway mark of filming and is expected to shoot through March 2022. Asked if he knows how the show ends, Morgan said, “No, I don’t. They say they know, I don’t know that I believe them. But they say, the showrunner and the writers, say they know. I have no idea. I have asked, and they’re not giving me anything other than the side-eye.”

In late July, showrunner Angela Kang said the series ending was plotted and pitched but not written at the time. Stars Khary Payton, who plays Ezekiel, and Eleanor Matsuura, who plays Yumiko, later told ComicBook they know how the story ends.

According to Morgan, the show’s creative team at first “had no idea” that Season 11 would be the last.

“The news, when we got it in the middle of the pandemic, was a complete surprise, not only to me and the rest of the actors but to everybody involved in the show from production. [Chief content officer] Scott Gimple and Angela Kang had no idea either,” he told Collider earlier this year. “It came from nowhere, and there was such a huge pivot. I think they had Season 11 all mapped out, where they were going to go, and suddenly it became, ‘We also have to close the story, in a way.'”

Morgan added: “It took everybody by surprise, so it was a massive pivot. And then, they threw in the six tacked-on [bonus] episodes to Season 10, and instead of doing 16, we’re going to do 24 more [in Season 11]. There was a lot of stuff to wrap our heads around.”

However The Walking Dead ends, Morgan hopes to reprise the Negan role in a sequel or prequel spin-off.

Denial of responsibility! Verve Times is an automatic aggregator of the all world’s media. In each content, the hyperlink to the primary source is specified. All trademarks belong to their rightful owners, all materials to their authors. If you are the owner of the content and do not want us to publish your materials, please contact us by email – admin@vervetimes.com. The content will be deleted within 24 hours.
Jeffrey Dean MorganNegan (Walking Dead)The Walking Dead
0
Share FacebookTwitterGoogle+ReddItWhatsAppPinterestEmail