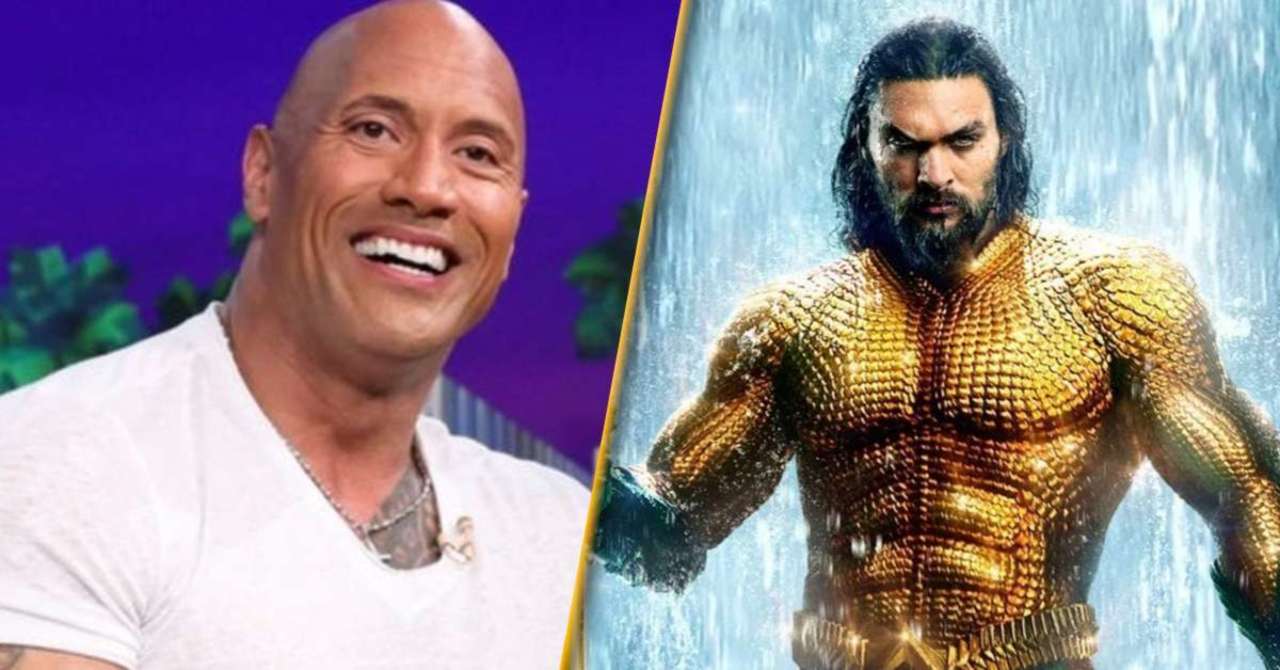 Jason Momoa Wants to Make a Movie With The Rock

Yesterday, Aquaman director James Wan announced the upcoming DCEU sequel would be called Aquaman: The Lost Kingdom. Jason Momoa is set to return as the titular character, and the movie is expected to begin production next month. Aquaman 2 won’t be the only DCEU movie in production this summer. Currently, both Shazam! Fury of the Gods and Black Adam are filming. The latter is going to star Momoa’s real-life friend, Dwayne Johnson AKA The Rock. During a recent interview with Jimmy Fallon, Momoa talked about The Rock and revealed he wants to make a movie with the star.

Johnson came up because Fallon showed the adorable video of Momoa sending Johnson’s daughter a video for her birthday because she’s a huge Aquaman fan. Fallon asked if Momoa has known Johnson for a while and he revealed they met 20 years ago in Hawaii. “We’ve tried to get together and make a movie together. It’s just, he’s way busier than I am, and I’m pretty busy right now, so one of these days,” Momoa shared.

“You have to make a movie together, you have to,” Fallon added. “We will, and it’s really cool now because he’s kind of in my pocket so I can call him up and be like, ‘Yo, Black Adam,'” Momoa added. Fallon thought Momoa was referring to the fact that Johnson now owes Momoa a favor for calling his daughter, but we think he was also talking about Johnson’s recent entry into the DCEU. Now that they are both a part of the franchise, anything is possible. You can watch the interview below:

“After we ended the first one I went in with my writing partner and we dreamed up the second one and we went in and pitched the idea,” Momoa previously said of Aquaman 2 on The Drew Barrymore Show. “The best thing I can give you is that I love it so much that I participated in the writing of it. And so, we did the first treatment and then James and our original writer David [Leslie Johnson-McGoldrick] finished it off. And all of our hearts are in it. Instead of just like getting a script and doing that, you are 100% being encouraged by your director and co-writers. So that’s exciting for me and I’m excited to go over there. I leave in July and we start filming.”

Would you like to see Momoa and Johnson work together? Would you like it to be as Aquaman and Black Adam or something else? Tell us in the comments!

Aquaman 2 is currently set to open in theaters on December 16, 2022. Black Adam is expected to be released sometime in 2022.

Denial of responsibility! Verve Times is an automatic aggregator of the all world’s media. In each content, the hyperlink to the primary source is specified. All trademarks belong to their rightful owners, all materials to their authors. If you are the owner of the content and do not want us to publish your materials, please contact us by email – [email protected]. The content will be deleted within 24 hours.
Aquaman and the Lost KingdomBlack AdamdceuDwayne JohnsonJason MomoaJimmy FallonSeethe rock
0
Share FacebookTwitterGoogle+ReddItWhatsAppPinterestEmail

Walker believes Mount, Foden and Grealish can be key figures for England