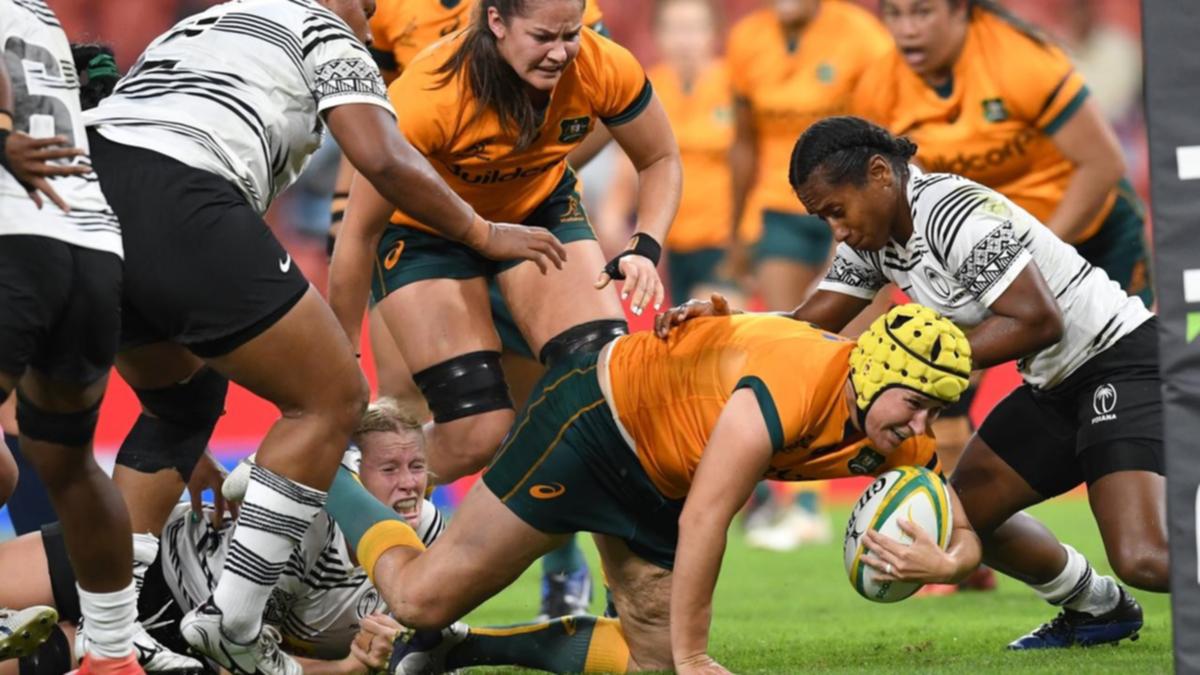 Japan next as Wallaroos build to World Cup

Wallaroos captain Shannon Parry has seen enough to get excited about the Women’s Rugby World Cup in October, adamant her team’s fast-tracked build up can offset a three-year Test drought.

Australia will face Japan on the Gold Coast on Tuesday having debuted 11 players in a win against Fiji on Friday – their first Test for almost 1000 days.

That victory, built on impressive backline skill and competent defence, buoyed a team that hadn’t run out since 2019 after tours and tournaments fell victim to the COVID-19 pandemic.

“This is the first step to us on the journey,” Parry said in reference to the World Cup in New Zealand later this year.

“What we’ve put on the field is something we can work with; we have a number of game and camps, enough time to build combinations and there’s no reason we can’t be in the final.

“100 per cent I’m excited (by what I’ve seen); there was a good balance, the execution just let us down a little but we’ve got to start somewhere and that’s a good starting point.”

Despite having a wider squad at his disposal, coach Jay Tregonning said his second game in charge wouldn’t be a case of shuffling the cards to see what else he had hidden in the deck.

“Every Test match is special; we want to play our best team every Test,” he said ahead of Monday’s team selection.

Japan, who beat Fijiana last week, will offer a different sort of challenge in what will be the second of seven Tests for the Wallaroos before the Cup.

They’ll also face USA, Canada and then have three games against New Zealand to measure up.

“A lot of technical things to improve but the effort, work for each other defensively,” he said.

“That’s what’s going to make us a great rugby team. But there’s heaps (of improvement); the more we can get together, the girls will just sky rocket.”

Denial of responsibility! Verve Times is an automatic aggregator of the all world’s media. In each content, the hyperlink to the primary source is specified. All trademarks belong to their rightful owners, all materials to their authors. If you are the owner of the content and do not want us to publish your materials, please contact us by email – [email protected]. The content will be deleted within 24 hours.
Rugby Unionsport
0
Share FacebookTwitterGoogle+ReddItWhatsAppPinterestEmail

Traffic controller reveals how much she makes in a week – but is it all it’s cracked up to be?

Why Amazon China fell behind Alibaba, JD.com and Taobao

How to protect yourself from tax fraud and scams

Volvo to convert all SUVs and sedans into EVs, develop…