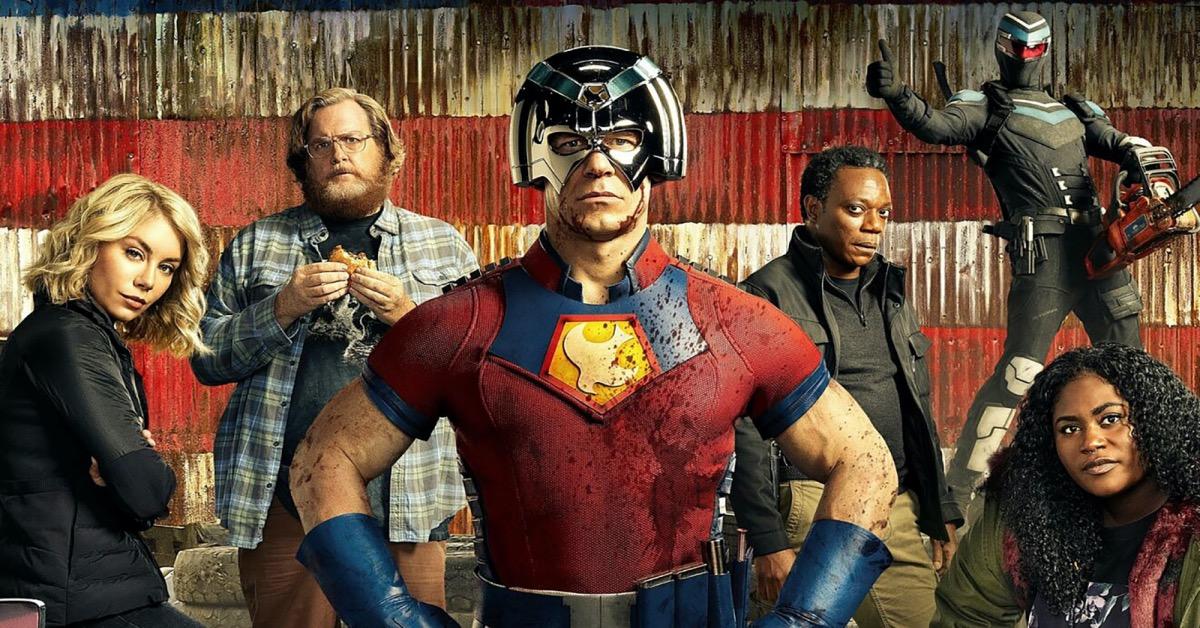 “I should thank @ElizabethBanks who I called to do an asshole check to make sure @freddiestroma was a good guy (I won’t work with assholes),” Gunn tweeted during Saturday’s #PeacemakerParty. “She worked with him on Pitch Perfect – she told me he was great & she was right!”

Also I should thank @ElizabethBanks who I called to do an asshole check to make sure @freddiestroma was a good guy (I won’t work with assholes) – she worked with him on Pitch Perfect – she told me he was great & she was right! #Peacemaker #PeacemakerParty

In another piece of trivia out of the #PeacemakerParty, Gunn said leading man John Cena “nearly fell over” when filming wrapped and the British actor, who plays the American Adrian Chase, reverted to his natural accent.

Fun fact: @freddiestroma spoke in an American accent the whole time he was shooting & hanging with us, for months. @JohnCena nearly fell over when we wrapped & he had a British accent. #Peacemaker #PeacemakerParty https://t.co/Qi15j3PkWE

A late addition to the series, Stroma replaced the previously-cast Chris Conrad after the Young Hercules and Patriot actor dropped out midway through filming the DC Comics adaptation spinning out of last summer’s The Suicide Squad.

“[Stroma] came in late. We had already shot five-and-a-half episodes with another actor, who’s an incredibly talented guy, but we were on different pages about certain things, and I don’t think he wanted to continue on the series in the long run,” Gunn said in a previous interview with Screen Rant. “So we brought Freddie in, five-and-a-half episodes in, and I reshot all of his scenes…we re-shot. I directed all of the scenes with Vigilante in five and a half episodes.”

Five months after recovering from his mission to Corto Maltese in The Suicide Squad, Christopher Smith (John Cena) is back to fighting for freedom — his own.

Denial of responsibility! Verve Times is an automatic aggregator of the all world’s media. In each content, the hyperlink to the primary source is specified. All trademarks belong to their rightful owners, all materials to their authors. If you are the owner of the content and do not want us to publish your materials, please contact us by email – [email protected]. The content will be deleted within 24 hours.
Elizabeth BanksFreddie StromaJames GunnPeacemakerVigilante (DC)(02 - Adrian Chase)
0
Share FacebookTwitterGoogle+ReddItWhatsAppPinterestEmail

LILLEY: CBC will get more of your money because it serves Liberals

Can they fix it? UK project to explore ability and desire to repair tech | Technology