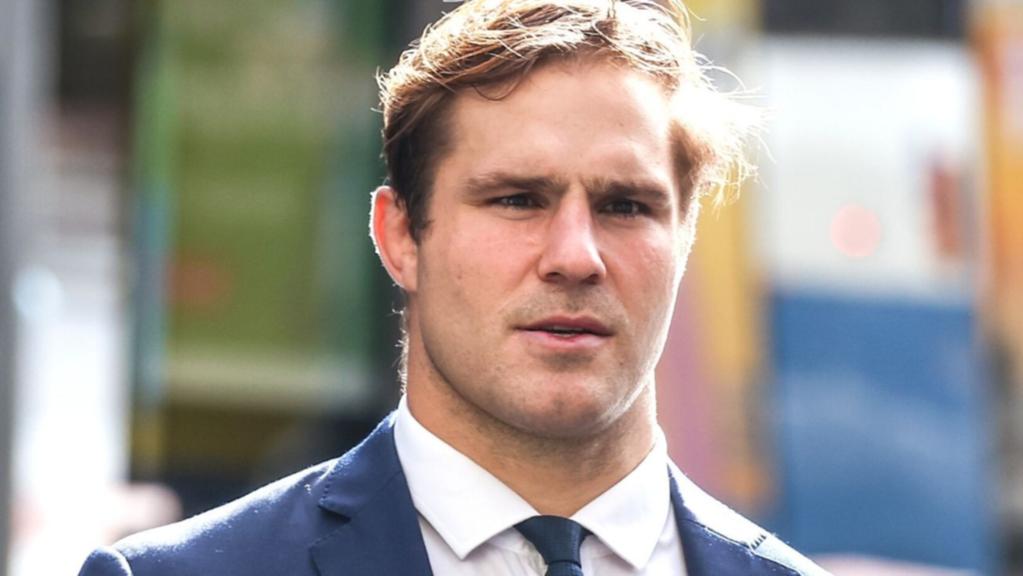 The jury in the trial of NRL footballer Jack de Belin says it’s unable to reach unanimous verdicts on most of the charges before them but has been asked to continue deliberating.

De Belin, 30, and Sinclair, 24, have each pleaded not guilty to five counts alleging they sexually assaulted a woman in a North Wollongong unit in December 2018.

After a week of deliberations, the Sydney District Court jury said it didn’t believe there was “any possibility” of unanimous verdicts for the first four charges against each accused.

“For the past five days, we have been through a rigorous process of examining all the evidence proffered in the trial,” the jury said in a note on Monday.

A verdict has been reached on the final charge against each man, related to an allegation de Belin anally raped the then 19-year-old while Sinclair was in an adjacent room.

Judge Nicole Noman on Monday said she wouldn’t take that verdict yet, requiring jurors instead to continue their deliberations on the other charges.

Notwithstanding the five days since the jury retired to considered its verdict, past experience showed juries can often agree if given enough time to consider and discuss the issues, the judge said.

Over a 13-day trial, the jury heard allegations de Belin attacked the woman in the bedroom of a North Wollongong unit after using the bathroom.

She said she told the men to stop and then “just let it happen”, crying as the men “took turns”.

The men both testified the sexual encounter was consensual, with the woman acting “normal” and appearing to enjoy it.

Denial of responsibility! Verve Times is an automatic aggregator of the all world’s media. In each content, the hyperlink to the primary source is specified. All trademarks belong to their rightful owners, all materials to their authors. If you are the owner of the content and do not want us to publish your materials, please contact us by email – [email protected]. The content will be deleted within 24 hours.
Courts & JusticeCrimeNewsNSW NewsRugby LeaguesportSt. George Illawarra Dragons
0
Share FacebookTwitterGoogle+ReddItWhatsAppPinterestEmail