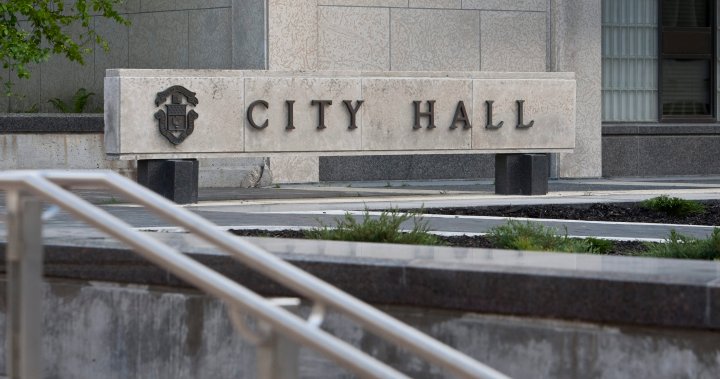 During a ceremony at City Hall, Dr. Cindy Blackstock, the executive director of the First Nations Child and Family Caring Society of Canada, was honoured for her work on the ‘child first’ legal act, Jordan’s Principle.

The act is named after Jordan River Anderson, a Manitoban five-year-old boy who died in hospital after multiple levels of government couldn’t decide who’d cover his medical bills.

Jordan’s Principle was implemented May 10, 2016, after the Canadian Human Rights Tribunal (CHRT) found the federal government’s practices to be discriminatory.

May 10 has since become Bear Witness Day, which recognizes and creates awareness about the importance of Jordan’s Principle.

“It’s a really big honour,” said Dr. Blackstone. “This is the city where Jordan River Anderson was in hospital at the Health Sciences Centre, where his family really created the legacy of Jordan’s Principle and it’s been a place of so much advocacy.

“Coming here on this day and getting the keys to the city on a day that honours Jordan River Anderson the most is such a great way of honouring his spirit and getting the message out.”

“When I first created the Mayor’s Indigenous Advisory Circle (MIAC) as a way to help build bridges in our community, I was honoured to have Dr. Blackstock join and provide her insight,” said Mayor Bowman.

“Dr. Blackstock continues to be a caring friend to Winnipeg and she has been generous in sharing her counsel, compassion, and wisdom, as we’ve set out on our Journey of Reconciliation. Today, it is a pleasure to recognize someone who spends so much time working for the benefit of others.”

Dr. Blackstock said it’s important for Jordan’s Principle to be on everyone’s radars.

“The word is getting out but Canada is still not complying with Jordan’s Principle,” she said. “I do worry that over time, once the public attention dies down, they may start back-slipping, and that’s where everyone should get involved.”

Denial of responsibility! Verve Times is an automatic aggregator of the all world’s media. In each content, the hyperlink to the primary source is specified. All trademarks belong to their rightful owners, all materials to their authors. If you are the owner of the content and do not want us to publish your materials, please contact us by email – [email protected]. The content will be deleted within 24 hours.
Bear Witness DayCanadaDr. Cindy BlackstockHuman RightsIndigenous children rightsindigenous rightsJordan River AndersonJordan's Principle
0
Share FacebookTwitterGoogle+ReddItWhatsAppPinterestEmail

The Only Way Is Essex reality star Yazmin Oukhellou in…