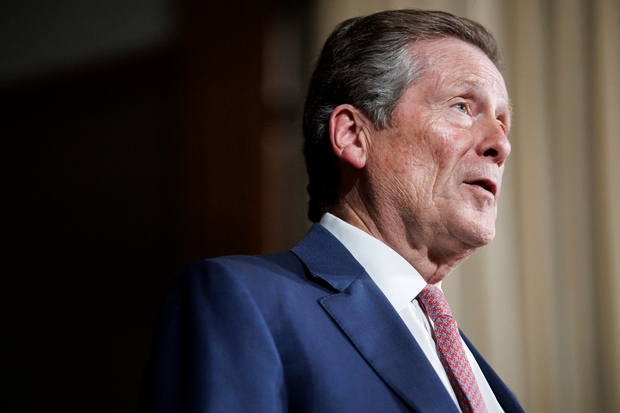 Within less than 24 hours, across three different crime scenes, in three different parts of the city we saw four people murdered. That was between Tuesday night and Wednesday afternoon — two stabbings and a shooting.

“It’s Chicago like,” said a friend of mine upset with the violence that is plaguing Toronto of late.

That’s a comment that upset Mayor John Tory when we spoke on Thursday afternoon. While Tory said one murder is too many, he denied we’ve gone the way of the Windy City, calling that an exaggeration.

“Look at the comparative numbers,” Tory said in an interview Thursday. “We’re not even close.”

As of Sunday, before this latest spate of violence, there were 48 homicides in Toronto so far this year compared to 62 at the same time last year. By comparison, the Chicago Sun-Times newspaper reports 496 murders in the Chicago area between Jan. 1 and Sept. 22 this year.

If the comparison to Chicago is overblown the sense that violence of all types continues to get worse in the city is not.

There are a lot of reasons for this — few of them within the control of any mayor — but so far crime hasn’t been an issue in the mayoralty race. Challenger Blake Acton, a retired police officer, has tried to raise the issue, but none of the other candidates had discussed the violence in the city the morning after four people had been murdered.

If, as appears to be the case, Tory is going to take this election in a cake walk, he needs to put forward his plan to keep Toronto’s streets safe.

It’s great to hold the line on small business taxes, to champion economic growth post-pandemic, to boast about deals to build more transit but if people don’t feel safe in their neighbourhoods or riding the TTC what does that matter?

“I will continue to support the police, I will never defund the police,” Tory said.

He describes going into some of the city’s violence-plagued neighbourhoods and hearing directly from people that they want to see a greater police presence, not a lesser one, adding that he backs community policing and doesn’t support a return of carding.

“I can tell you in our confidential or public deliberations, the police aren’t coming and saying that they want that brought back,” Tory said.

In discussing the issue of crime and especially gun violence you can hear the discomfort in Tory’s voice. He’s a man in the middle getting squeezed from both sides. On the one hand there are a good number of people in this city who want the police budget cut if not an outright defunding. On the other hand, he has people like me pushing back against his support for a handgun ban on licenced gun owners.

He praises the Trudeau government’s pledge to stop guns at the border while calling for tougher sentences for gun crimes as his partner lowers them.

He’s caught in an uncomfortable position.

That’s as it should be though. Tory wants a third term as mayor at a time when that job is about to become even more powerful. He needs to explain clearly why he wants the job and what he will do to fix the most pressing problems.

So far, on crime, he hasn’t done that. The city awaits.

Supply chain issues could result in a scary Halloween, warn…