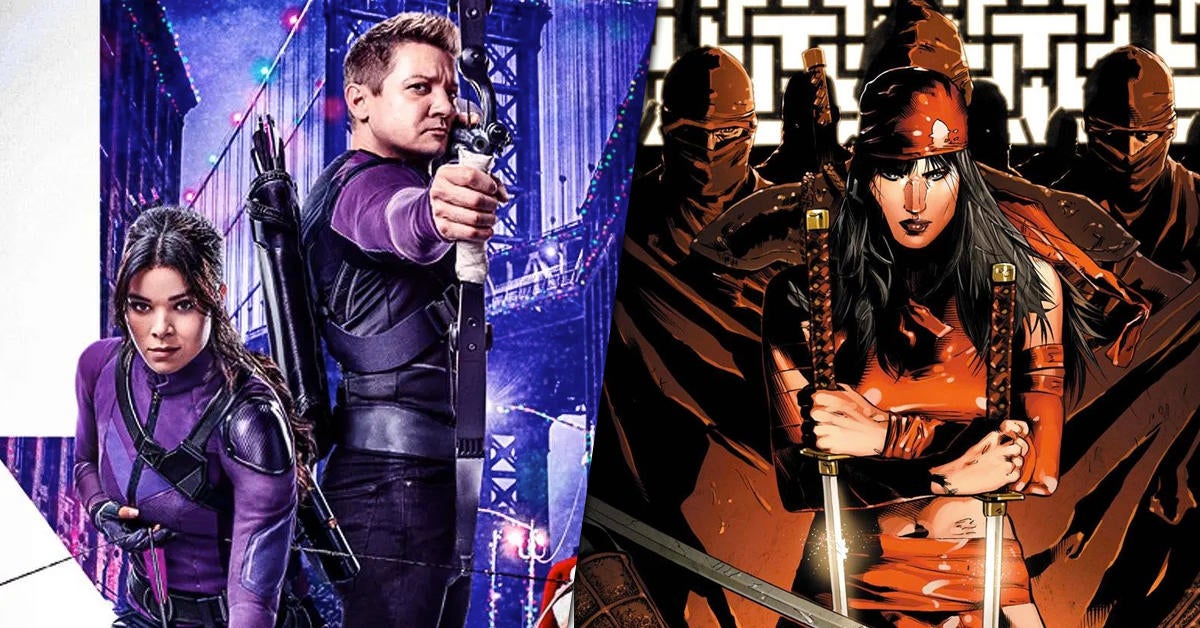 How Hawkeye Could Lead to Elektra and The Hand

Hawkeye is officially halfway through, and the latest episode of the Disney+ series ended up as the show’s largest yet. Not only did the show set up a massive showdown between the lead duo and the world of organized crime within New York City, but it also included a potential cameo the internet can’t stop talking about.

It’s through the latter cameo that could end up blowing the lid off the world of street-level Marvel characters.

By now, it’s a common theory Kingpin (Vincent D’Onofrio) is returning to the Marvel Cinematic Universe through Hawkeye. The show even went so long as to tease him in “Echoes,” the third episode of the series. As we see here, a young Echo is being trained at what appears to be a regular ol’ dojo. It’s quickly apparent she’s arguably the best-trained student in the entire place.

But how did she get to that place? Sure, a character like Wilson Fisk has all of the resources in the world and could hire virtually anyone to train her—but what if he went with a character most Marvel fans are aching to see return anyways?

For the sake of a theory, let’s say he hired someone like Elektra.  That would give Marvel even more connective tissue that would further flesh out the street-level corner of the MCU.

How do we get there, though? We go through the Tracksuit Mafia. If Fisk does, in fact, turn out to be the “Uncle” reference in Hawkeye Episode Three, there’s not a chance in Hell a character such as himself would simply oversee a group of bumbling idiots like what we’ve seen from the group in the show. Again for theory’s sake, let’s say the Tracksuit Mafia is larger than just what we’ve seen.

Let’s say the Tracksuit Mafia is part of The Hand—are you interested now?

Similar to how the Skrulls managed to infiltrate all sorts of things in Secret Invasion, The Hand has a similar modus operandi—except they use ninjas instead of aliens. It’d make sense for a group like The Hand—a criminal organization that rules the seediest of underbellies in the universe—to have a public-facing group come off as the Tracksuit Mafia does in the series. Something about plausible deniability, right?

The first three episodes of Hawkeye are now streaming on Disney+.

What other characters do you hope to see pop up in Hawkeye? Let us know your thoughts in the comments section or by hitting our writer @AdamBarnhardt up on Twitter to chat all things MCU!

If you haven’t signed up for Disney+ yet, you can try it out here. Note: If you purchase one of the awesome, independently chosen products featured here, we may earn a small commission from the retailer. Thank you for your support.

Denial of responsibility! Verve Times is an automatic aggregator of the all world’s media. In each content, the hyperlink to the primary source is specified. All trademarks belong to their rightful owners, all materials to their authors. If you are the owner of the content and do not want us to publish your materials, please contact us by email – [email protected]. The content will be deleted within 24 hours.
ElektraElodie YungHawkeye
0
Share FacebookTwitterGoogle+ReddItWhatsAppPinterestEmail

Using 2D materials, researchers have built superconducting qubits that are a fraction of previous sizes, paving the way for smaller quantum computers. — ScienceDaily