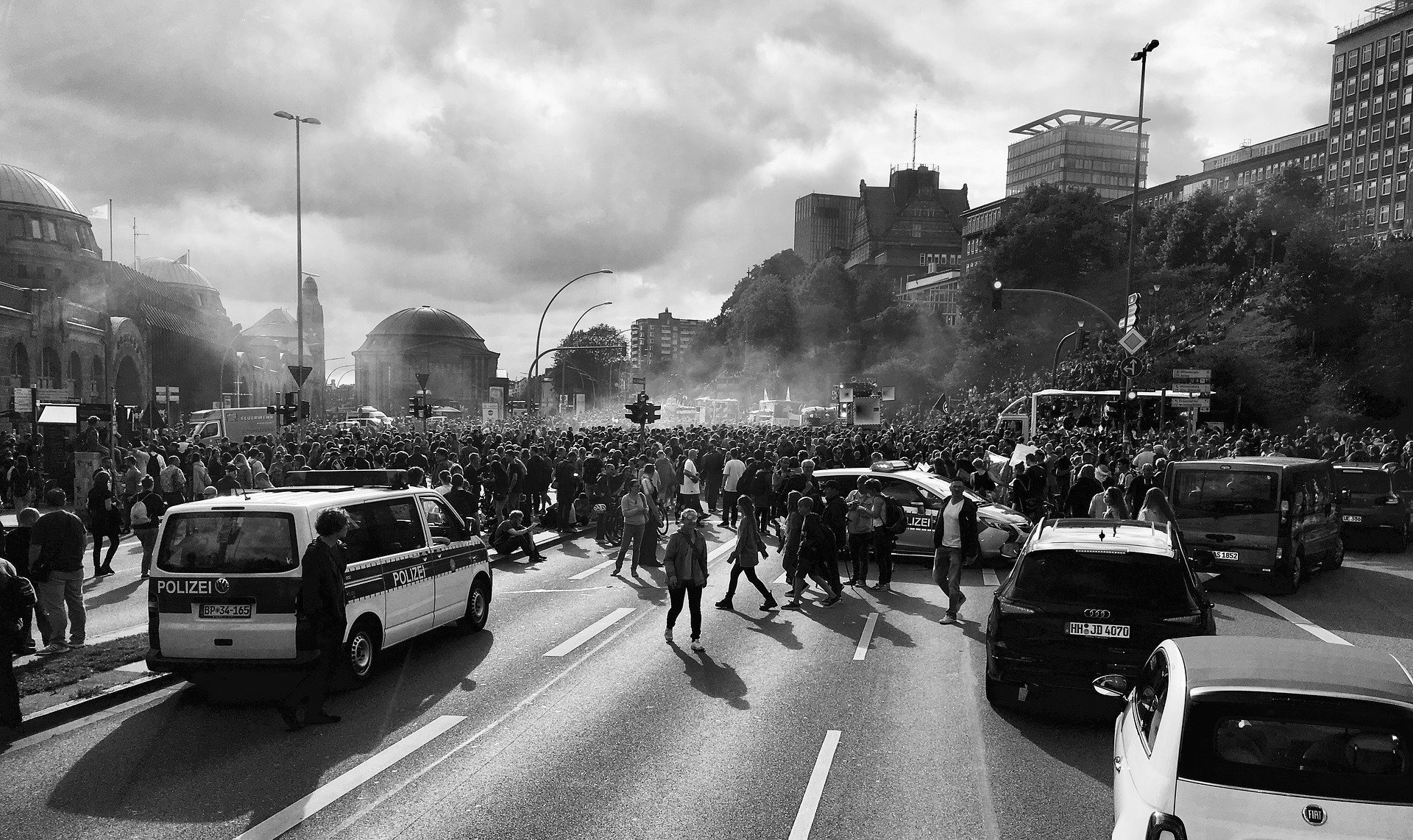 After Black Lives Matter formed in 2013, in response to the acquittal of George Zimmerman in the killing of 17-year-old Trayvon Martin, new ways of talking about race gained traction.

And with protests sparked by subsequent police killings, such as those of Eric Garner, Philando Castile and George Floyd, the use of and online search for anti-racist terms skyrocketed, indicating a growing common anti-racist lexicon and generating renewed attention to racial justice that continues today.

The growing use of these terms, according to new research, shows how Black Lives Matter has shifted the conversation around racism, raising awareness of issues and laying the foundation for social change. The research, led by Indiana University and the University of Washington, published March 3 in the Proceedings of the National Academy of Sciences.

“When protest happens, it changes the way people talk,” said lead author Zackary Dunivin, a doctoral student in sociology and complex systems at Indiana University. “Black Lives Matter got people to pay attention when people weren’t paying attention. The protests got people to care, and that has changed the way people are talking and thinking about race.”

In the paper, Dunivin and co-author Jelani Ince, an assistant professor of sociology at the UW, show that how people talk about an issue and how often they talk about it can create momentum and bring attention to a cause. They point to civil rights marches, which led to changes in voting and housing rights, and to anti-Vietnam War protests, which helped shift public opinion and led to Congressional hearings.

To evaluate the impact of Black Lives Matter protest, the researchers turned to social media, news coverage and online search engines. They set out to determine how these protests shifted public interest and conversation by examining attention to and use of related terms and topics.

The researchers chose four different publicly available data sources: Google search, Twitter mentions, national news mentions and Wikipedia page visits. They created a list of more than three dozen terms to search for, such as “systemic racism,” “prison abolition” and others that are associated with Black Lives Matter’s themes and the concept of anti-racism.

The study found that during Black Lives Matter protests, people search for these terms up to 100 times more than they did in the weeks prior to the protests. Over time, these “spikes” in searches for terms related to Black Lives Matter have expanded to include other ideas: In the early years of the study period, searches for “police shootings” and the names of victims of police homicide were common; in 2020, searches included topics like “prison abolition” and “redlining.”

In addition, the study noted the staying power of ideas: Six months after the George Floyd protests in 2020, social media attention to anti-racist ideas was significantly higher than it was before the protests. Daily visits to Wikipedia pages for “Black Lives Matter,” for example, were around 10 times greater; for “systemic racism,” 5.5 times greater; and for “prison abolition,” 1.6 times greater, from August through December 2020, compared to the same period the year before.

“As social scientists, we know that change is not an inevitability, but requires persistence from actors over time. This shift in discourse is a reflection of change in the political terrain,” Ince said. “It shows that the movement is evolving. It’s not just a moment, it’s an accumulation.”

Of course, not every search or use of the designated terms indicates support, the researchers said. Data measuring page visits, for example, doesn’t capture why someone visited a page—it just tracks the visit. Along the same lines, use of a hashtag doesn’t necessarily prove a user’s intent to support a movement. Further data-driven research could pursue those questions, the study points out, and specifically the role of countermovements and rhetoric in association with the use of anti-racist terms.

But what online searches, media coverage and tweets do show, Ince and Dunivin said, is how the issues and terms raised by Black Lives Matter have grown in public awareness over time. And the terms themselves have expanded beyond their connection to specific incidents of police homicide to broader issues of inequality.

While the study didn’t link these terms to social change such as votes or policies, it does show how a current movement is building toward that change, the authors said.

“Black Lives Matter is providing an alternative route to the social problems society has created,” Ince said. “These protests aren’t just trying to make noise, but to reimagine what community can do. This is an attempt to do what should have been done decades ago.”

Foraging for food on TikTok with Alexis Nikole Nelson : NPR