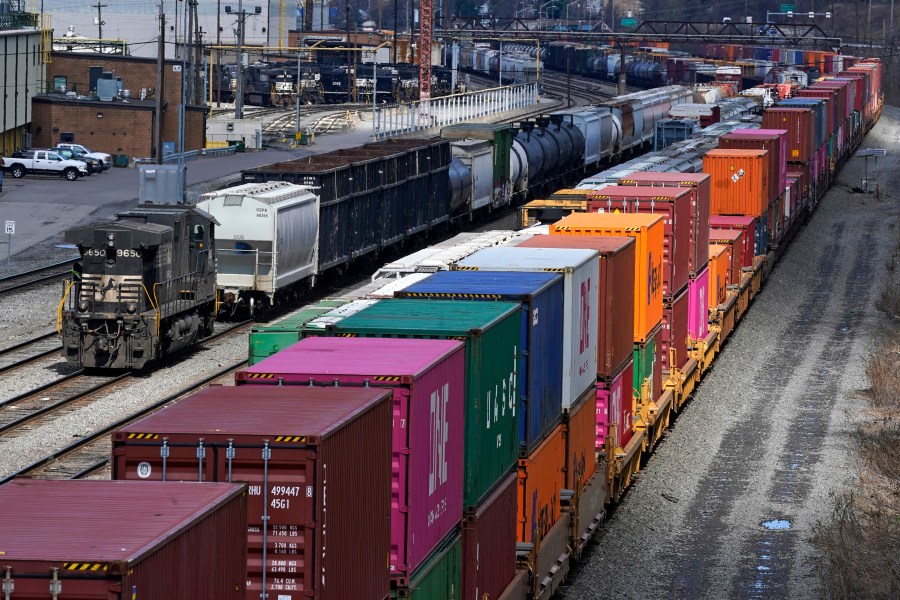 WASHINGTON (NewsNation) — Congress is working to avert a U.S. rail workers strike that would result in a devastating blow to the nation’s economy if the transportation of fuel, food and other critical goods were disrupted.

President Joe Biden and House Speaker Nancy Pelosi announced that lawmakers will be asked to vote Wednesday to impose the terms of the deals the 12 unions agreed to before an original strike deadline in September, even though four of those unions representing more than half of the 115,000 rail workers rejected them.

This comes after railroad unions on Tuesday decried Biden’s call for Congress to intervene in their contract dispute, saying it undercuts their efforts to address workers’ quality-of-life concerns.

Biden said he reluctantly agreed that it would be best to override the union votes because the potential damage to the economy would be too great.

“Congress, I think, has to act to prevent it,” Biden said Tuesday. “It’s not an easy call but I think we have to do it. The economy’s at risk.”

How many times has Congress intervened in rail negotiations?

Unions and worker groups have been pushing to improve the demanding schedules they say make it hard for workers to ever take a day off and persuade railroads to add paid sick time. They have threatened to strike if new agreements can’t be reached before a Dec. 9 deadline.

“It is not enough to ‘share workers’ concerns.'” the Brotherhood of Maintenance of Way Employees Division union said in a statement. “A call to Congress to act immediately to pass legislation that adopts tentative agreements that exclude paid sick leave ignores the railroad workers’ concerns.” The union is one of the four that rejected the deal.

Yet, business groups that have been pressuring Congress and Biden to intervene in the talks praised the president’s decision and said they hope Republicans and Democrats can work together to resolve this quickly.

Meanwhile, lawmakers from both parties expressed reservations, but the intervention was particularly difficult for some Democratic lawmakers who have traditionally sought to align themselves with the politically powerful labor unions.

Still, the bill was expected to receive a significant bipartisan vote. That show of support began when the Republican and Democratic leaders of the House and Senate met with Biden on Tuesday at the White House.

“We all agreed that we should try to avoid this rail shutdown as soon as possible,” said Senate Majority Leader Chuck Schumer, D-N.Y.

A letter from House Speaker Nancy Pelosi to Democratic colleagues promised two votes, reflecting the consternation she was hearing from members. The first vote will be on adopting the tentative labor agreement. The second will be on a measure to add seven days of paid sick leave for railroaders to the agreement.

“It is with great reluctance that we must now move to bypass the standard ratification process for the Tentative Agreement,” Pelosi wrote. “However, we must act to prevent a catastrophic strike that would touch the lives of nearly every family: erasing hundreds of thousands of jobs, including union jobs; keeping food and medicine off the shelves; and stopping small businesses from getting their goods to market.”

The compromise agreement that was supported by the railroads and a majority of the unions provides for 24% raises and $5,000 in bonuses retroactive to 2020 along with one additional paid leave day. The raises would be the biggest rail workers have received in more than four decades. Workers would have to pay a larger share of their health insurance costs, but their premiums would be capped at 15% of the total cost of the insurance plan. But the agreement didn’t resolve workers’ concerns about demanding schedules that make it hard to take a day off and the lack of paid sick time.

An explosion at a Pakistan mosque leaves many dead and…