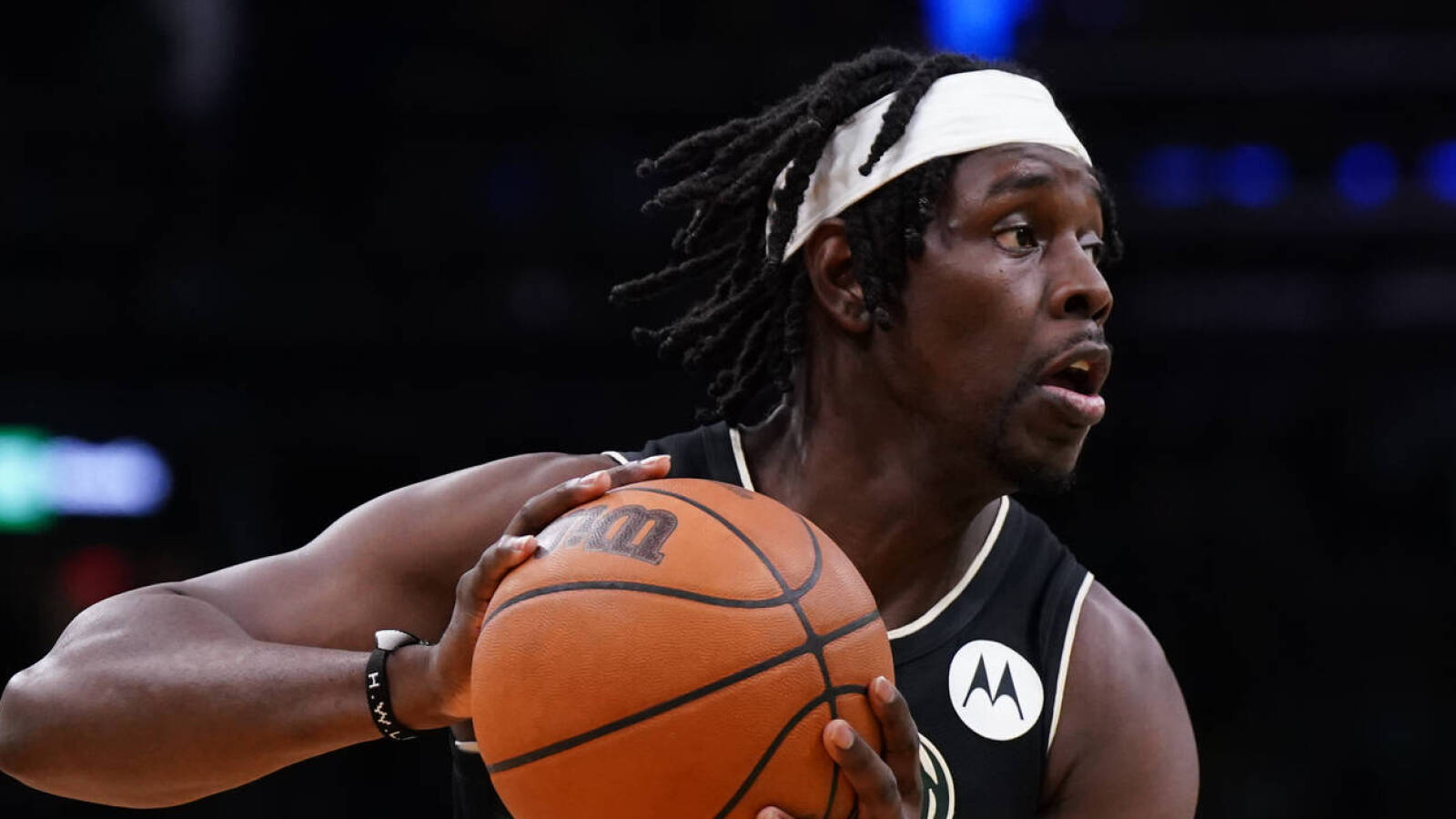 Jrue Holiday dominated the final seconds of Game 5 Wednesday night, helping the Milwaukee Bucks earn a 110-107 win and a 3-2 series advantage over the Boston Celtics.

Over the final 11.8 seconds, Holiday came away with a block and a steal to seal the Game 5 victory for the Bucks.

With the Bucks leading 108-107, the Celtics had the ball with 11.8 seconds to go, looking to take the lead late. Boston’s Marcus Smart drove baseline to the basket but had his shot attempt blocked by Holiday, who then deflected the loose ball off Smart out of bounds.

On Wednesday night, Holiday was the Bucks’ second-leading scorer, finishing with 24 points with eight assists, eight rebounds, two blocks and a steal.

Giannis Antetokounmpo led all scorers with 40 points, with 11 rebounds and three assists.

Bobby Portis and Connaughton each finished in double-figures for Milwaukee off the bench. Portis had 14 points and 15 rebounds, while Connaughton scored 13 points, shooting 3-for-5 from three-point range.

At halftime, the Celtics led 54-47 and increased its lead to nine after three quarters, 86-77. However, in the fourth, the Bucks outscored the Celtics 33-21.

The Bucks will look to end the series in Game 6 Friday night in Milwaukee.