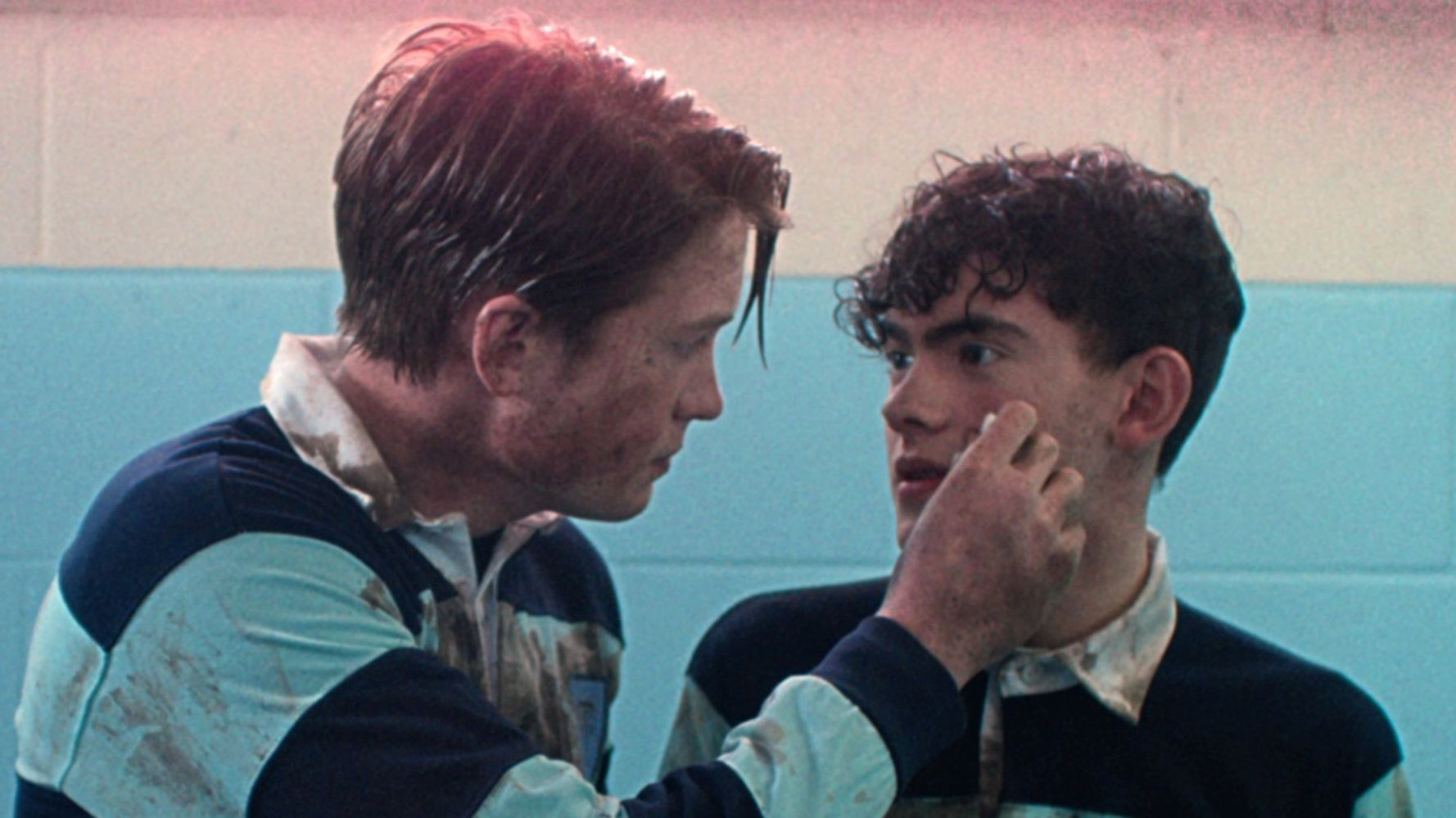 Audiences swept up by “Heartstopper” had reason to celebrate last week, as Netflix confirmed it had renewed the LGBTQ-inclusive teen series for two additional seasons.

Based on the first two volumes of Alice Oseman’s web comic-turned-graphic novel series, “Heartstopper” follows Charlie Spring (Joe Locke), the only openly gay student at his all-boys secondary school in small-town England. After his relationship with a closeted classmate implodes, Charlie finds himself drawn to Nick Nelson (Kit Connor), a star athlete on the school’s rugby team who appears to be straight.

At first, Charlie shrugs off his feelings for Nick as an unrequited crush. Through a surprising series of events, however, the two boys become close pals in the classroom and on the athletic field ― prompting both to question whether something beyond platonic friendship is in the cards.

Catch the series trailer above.

In the weeks since its April 22 premiere, “Heartstopper” has become one of Netflix’s most buzzed-about shows, earning sterling reviews and generating impassioned discourse on social media.

While the series catapulted Connor and Locke to stardom seemingly overnight, the 18-year-old actors didn’t anticipate that their performances would be so enthusiastically received.

“It definitely always felt like our little show,” said Connor, previously best known for “Rocketman,” in which he portrayed a young Elton John. “So to have it blow up like this has been mind-blowing, really.”

In a candid chat with HuffPost, Connor and Locke shared some behind-the-scenes anecdotes about their now-iconic performances, working with surprise co-star Olivia Colman, and where they hope to take Charlie and Nick’s love story next.

As actors, what drew each of you to Charlie and Nick’s story, and what made you most excited to tell it?

Kit Connor: In terms of Nick … bisexuality isn’t something that really comes up in mainstream media very often. So I think that in our show, we take an in-depth approach in terms of having him discover his sexuality and explore it. He goes from thinking he’s straight to thinking that maybe he’s gay. Then he comes to the conclusion that maybe he’s bisexual. That’s something that I found really interesting and important to bring into mainstream media.

Joe Locke: I think Charlie is a relatable character to a lot of people growing up. Although he is so universally relatable, his story and stories like his — the struggles of being the only out kid in school — have not really been told before. It’s great for me to be able to tell that story for my first acting job.

Where would you like to take Charlie and Nick’s story in future seasons?

Locke: If we follow Charlie’s story from the web comic and the novels, his mental health takes a turn for the worse. I think that would be really interesting to tackle in the series and to see how that [impacts] Charlie and Nick’s relationship. Not only do they get older, but their issues become more serious. What we’ve created in Season 1 is an atmosphere that tackles serious subjects, but through an optimistic lens.

Connor: I think Charlie’s mental health will definitely be a main focus. But we’d also touch on how they learn to deal with that as a couple — how they learn the importance of creating a support system, while also learning that you can’t always help and have to let people learn things themselves. That’s a really important part of the web comic.

Olivia Coleman’s portrayal of Nick’s mother was such a great surprise, given that her casting was kept under wraps until the series premiere. What did you most learn from working with her?

Connor: I spent two days filming with Olivia and they were amazing. I think that she’s one of those actors who is just effortlessly good, skilled and talented. She’d go from being bubbly and happy to serious and emotional as soon as the crew said “Action.”

From what I know, she approaches her roles with a lot of freshness. She reads through a script a couple of times, and then just goes for it and sees where it takes her. That’s what I try to do as an actor.

Locke: I didn’t get to work with her as much as Kit. She’s so high up in her career and a household name, but she spent so much time during the day talking to everyone and making everyone feel comfortable instead of sitting in her trailer, relaxing. That’s a great thing to maintain. She’s just a really lovely person.

What films or television programs did you look to with regard to LGBTQ representation when you were growing up?

Locke: “Modern Family” was a big one.

Connor: Yes! “Modern Family” was, for me, the first time I saw an openly gay couple onscreen. Obviously a big deal was made about it, but they didn’t make it seem like it was abnormal. It was very much normalized, and I think that’s a first step to a healthy portrayal of queerness in media.

A number of young viewers have credited the show with helping them come out as LGBTQ to their families, or address their truth in other ways. What do you say to fans who look to your characters as role models?

Locke: It’s an honor to be able to create a series that means so much to so many people. When I was growing up, if I’d have had “Heartstopper,” I’d have felt a lot more normal.

Connor: We are teenagers ourselves, and to be able to have that effect on a person’s life, confidence and self-love is something that’s so powerful. I felt very emotional when I first heard that a fan had used a scene I’d filmed to come out to their parents. That’s a real “pinch me” moment, and that’s what told me this show has an effect on the audience that even we didn’t expect.

This interview has been lightly edited and condensed.

Denial of responsibility! Verve Times is an automatic aggregator of the all world’s media. In each content, the hyperlink to the primary source is specified. All trademarks belong to their rightful owners, all materials to their authors. If you are the owner of the content and do not want us to publish your materials, please contact us by email – [email protected]. The content will be deleted within 24 hours.
heartstopperjoe lockekit connorlgbtqNetflix
0
Share FacebookTwitterGoogle+ReddItWhatsAppPinterestEmail