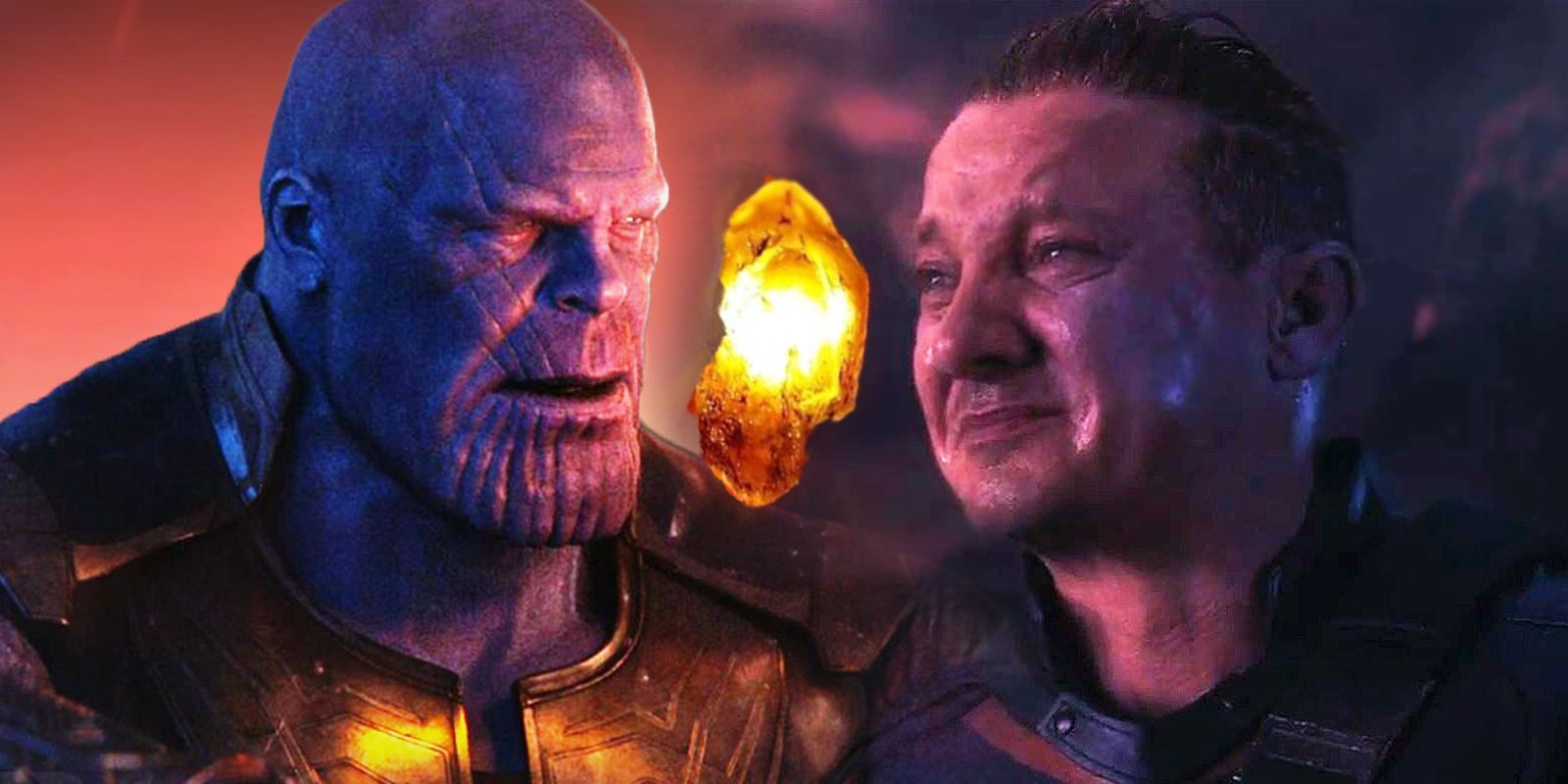 The running theme of the new Disney+ series Hawkeye has left Marvel fans shocked, causing a large-scale social media debate about the MCU.

WARNING: The following contains spoilers for the first two episodes of Hawkeye, now streaming on Disney+

Hawkeye’s shocking ‘Thanos was Right’ theme has caused a social media firestorm with fans. In one scene, the words are written on the side of a toilet at the Rogers: The Musical theatre, and in another Clint Barton himself is drinking from a ‘Thanos was Right’ mug.

Fans on Twitter are shocked that Hawkeye would use a mug with that phrase on, considering the villain was responsible for dusting all of Clint’s family. It has led to fierce debate among fans over whether Thanos, the Mad Titan, was actually right or wrong.

hawkeye spoiler ?
.
.
.
no because seeing this after natasha literally sacrificed herself to bring everyone back after thanos snapped just for people to say he was right to do it? no. pic.twitter.com/X6qlA5h1CO

In Avengers: Infinity War, Thanos was responsible for collecting all the Infinity Stones and eradicating half of all living things in the universe. Avengers: Endgame saw the remaining Avengers travel back in time to reverse the effects of ‘the Blip’ and bring everyone who was dusted back to life. The Avengers succeeded, saving the world and ridding it of Thanos and his army.

Thanos’ actions led to Hawkeye taking up the mantle of Ronin, a murderous assassin who killed anyone he thought was not worthy of surviving the Blip. Hawkeye is set to address Clint’s mysterious past as Ronin, where he must team up with young archer Kate Bishop to confront the enemies from his past so he can get home in time for Christmas.

Thanos’ presence in Hawkeye and his effect on the events of the series was established during the show’s first two episodes, mainly through the opening scene that took place in the Battle of New York from 2012’s The Avengers. Loki was the main antagonist of the film, using the Tesseract to open up a dimensional portal that allowed The Chitauri to rain havoc on the Earth. It was later revealed that Thanos was behind the attack and that he gifted the alien army to Loki.

The six-episode series will tackle Barton’s trauma from the events of Avengers: Endgame, and the impact of the loss of his close friend Natasha Romanoff. Speaking to Decider, Jemery Renner previously revealed, “I think [his relationship with Black Widow] informs Clint and Kate’s bond. I mean, I think as Kate learns [about Clint’s bond with Natasha], the audience learns. I think it’s so beautiful.”

KEEP READING: Hawkeye Boss Explains Why the Avengers Spinoff Changed From a Movie to Series

The Flash Drops an Ominous Teaser for Armageddon’s Third Chapter

Alex O’Leary is a News Writer for TV and Movie Content at CBR. He has a degree in Journalism, Media, and Culture. He has expertise in both popular movie and television franchises (Marvel, Disney, Star Wars) and in streaming service content (Disney+ Shows, Netflix Originals). He also has his work published on The Indiependent. Follow Alex on Twitter here: @alex_oleary_.