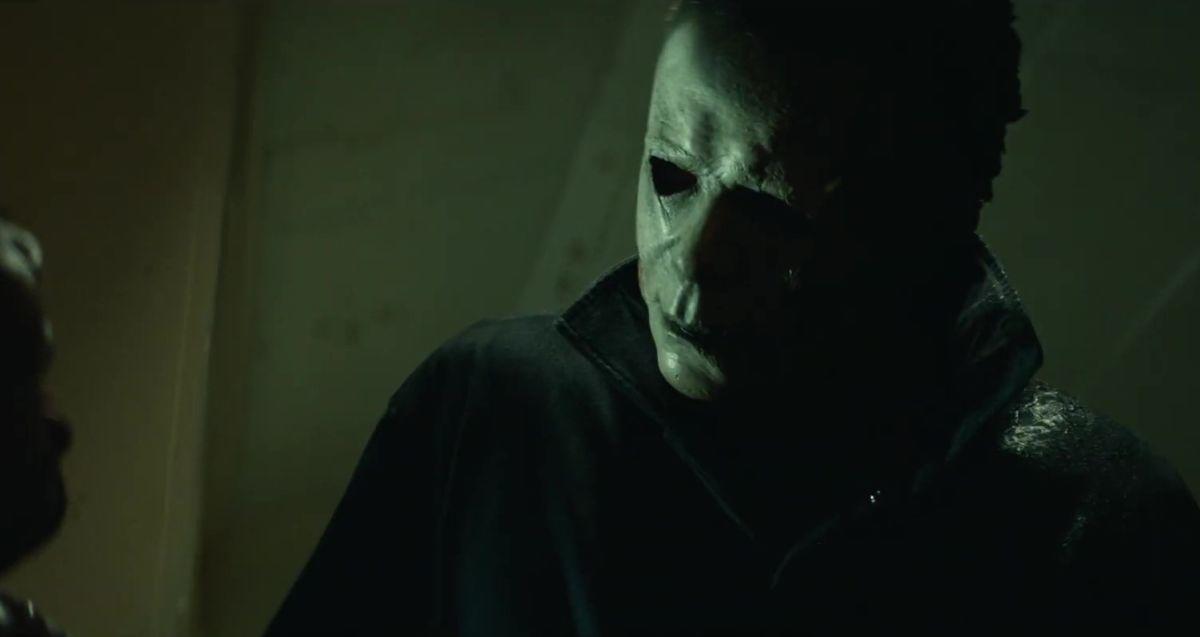 In a viral Tiktok that sees him comparing himself to Michael Jordan, Michael Jackson, and Michael Phelps, user Gavinblake23 gives fans a look into the thought process and work ethic of Halloween slasher Michael Audrey Myers. And yes, Audrey is canonically his middle name…kind of. The timeline and continuity of the Halloween movies has been reset and rebooted a number of times, and the middle name Audrey comes from an extended version of Halloween that aired on TV (it was extended so that they could remove violence to make the networks happy and replace it with more story). There is no way of knowing whether that was ever canonical, let alone whether it stayed that way after two reboots that stripped the continuity all the way down to just the first film.

In any event, the Gavinblake23 video shows Michael bragging about his training regimen and his prowess. It also implies that he has somehow figured out a way to monetize his murder sprees, revealing that he lives in a nearly $5000-per-month condo and trash talking Pennywise (the clown from Stephen King’s It) for living in the sewer.

You can see it below.

An inside interview with the Michael Myers ##michaelmyers ##halloween

First appearing in 1978’s Halloween, Michael Myers has appeared in ten feature films, including two in the abandoned “reboot series,” directed by House of 1,000 Corpses and The Munsters helmer Rob Zombie. Known in the script simply as “The Shape,” Michael is written as the embodiment of evil, and his faceless “force of nature” approach to murder makes him different from the trash-talking Freddy Krueger or the vengeful Jason Voorhees. There’s something especially hilarious about seeing Michael sprint on the treadmill (while in full mask-and-jumpsuit regalia) since one of the signature elements of his approach is the slow, steady, unstoppable way he approaches his victims.

In its latest incarnation, the Halloween series was essentially soft-rebooted in 2018, removing all but the very first movie from continuity and bringing back Jamie Lee Curtis’s Laurie, who had previously died in Halloween: Resurrection. Prior to that movie, Laurie had died sometime between the events of Halloween II and Halloween 4: The Return of Michael Myers, with Michael and Laurie both sitting out Halloween III, which was a failed attempt at building an anthology-style series around the franchise. In the context of that death, Halloween H20, released in 1998, revealed Laurie to have faked her death and gone into hiding. That movie also removed everything after Halloween II from continuity, but retained Laurie’s familial connection to Michael, which had been invented for Halloween II and has since been abandoned.

You can see Michael (Audrey?) Myers in Halloween Kills, in theaters and on Peacock now.

Denial of responsibility! Verve Times is an automatic aggregator of the all world’s media. In each content, the hyperlink to the primary source is specified. All trademarks belong to their rightful owners, all materials to their authors. If you are the owner of the content and do not want us to publish your materials, please contact us by email – admin@vervetimes.com. The content will be deleted within 24 hours.
halloweenMoviesTikTokviral nonsense
0
Share FacebookTwitterGoogle+ReddItWhatsAppPinterestEmail

What does Edward Rogers fiasco mean for Toronto sports?