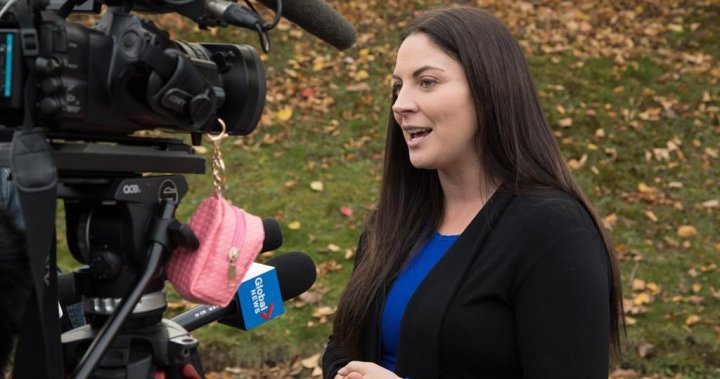 Green Party MP Jenica Atwin is crossing the floor to join the Liberal Party, according to multiple reports, including from The Canadian Press.

She was elected to represent Fredericton, NB in the 2019 federal election, defeating the Liberal incumbent MP Matt DeCourcey.

The news, which was first reported by the Toronto Star, comes amid months of infighting within the Green Party, much of which focused on its stance on the Israeli-Palestinian conflict. However, Atwin has not yet provided a reason for her decision to leave the party.

The rookie MP was the first Green Party MP to ever be elected in the east coast, a victory that had many eyeing her as a potential leadership candidate when Elizabeth May stepped down as leader. Atwin quickly ruled out the possibility, calling instead for the party to focus their energy on “bringing in new voices.”

In late April, the Green Party had acclaimed Atwin as its candidate in Fredericton for the next federal election — meaning they had expected she would be running for them once again come election time.

“We’re thrilled that Jenica is running for re-election in Fredericton,” said Green Party Leader Annamie Paul in a statement issued at the time.

“At this critical juncture in our history, the Green Party and Canada will benefit enormously from her continued presence in the House of Commons.”

— With files from The Canadian Press

Denial of responsibility! Verve Times is an automatic aggregator of the all world’s media. In each content, the hyperlink to the primary source is specified. All trademarks belong to their rightful owners, all materials to their authors. If you are the owner of the content and do not want us to publish your materials, please contact us by email – [email protected]. The content will be deleted within 24 hours.
Canadacross the floorgreen mp joins liberalsGreen PartyGreen party mp joins liberalsJenica AtwinJenica Atwin Green LiberalJenica Atwin Green Party
0
Share FacebookTwitterGoogle+ReddItWhatsAppPinterestEmail

We proved in the high court that Michael Gove broke the law. So what happens now? | Jolyon Maugham

INTERVIEW: Secrets of the UMBRELLA ACADEMY corn with STEPHEN SURJIK

Pauline Chalamet Says She Never Uses Her Phone Before Noon