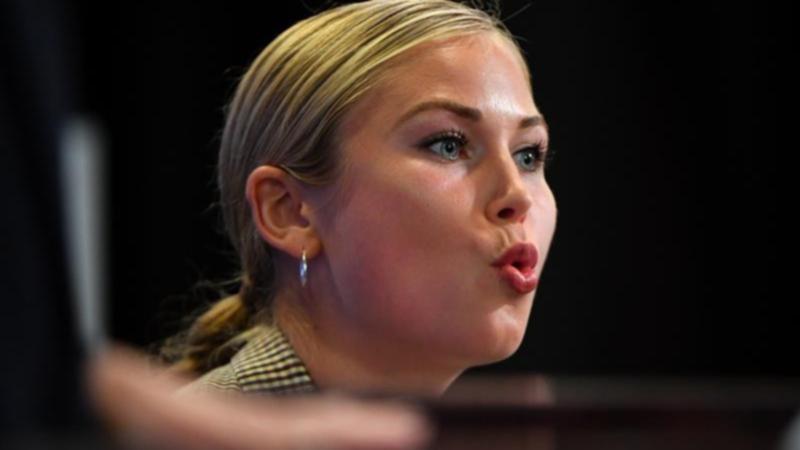 Australian of the Year Grace Tame will address a national summit on women’s safety, after accusing Scott Morrison of using survivors’ stories for political leverage.

Police and justice responses will be under the spotlight during the second and final day of the online summit, as will safety and security for older women.

Tame, who has used her story to push for law reform, will be part of a panel on preventing and responding to sexual violence.

It comes after she said the prime minister had “appropriated private disclosures from survivors to leverage his own image” during his address on Monday.

“Gee, I bet it felt good to get that out,” she tweeted, echoing what she said were Morrison’s words to her following her award speech earlier this year.

Morrison told the summit he felt the anger of survivors and pledged to do more to tackle sexual violence.

He detailed some of the hundreds of letters and emails he’d received from survivors.

“Through all the letters and emails, I felt that rage, the dread and the frustration that our culture is not changing,” Morrison said.

While the government has formally committed to a number of recommendations out of the landmark Respect at Work report by Sex Discrimination Commissioner Kate Jenkins, it has merely “noted” a number of them and provided others to the states to act on.

Jenkins told the summit on Monday of her frustration with the failure to legislate a positive duty to require employers to prevent sexual harassment.

“It includes a $1.1 billion investment in women’s safety as a down payment on the successor to the national plan to reduce violence against women and their children,” she said.

Morrison said those attending the summit would be the architects of the next national plan, which would not just seek to reduce family violence but end it.

Denial of responsibility! Verve Times is an automatic aggregator of the all world’s media. In each content, the hyperlink to the primary source is specified. All trademarks belong to their rightful owners, all materials to their authors. If you are the owner of the content and do not want us to publish your materials, please contact us by email – [email protected]. The content will be deleted within 24 hours.
CrimeFederal PoliticsNewsPoliticsScott Morrison
0
Share FacebookTwitterGoogle+ReddItWhatsAppPinterestEmail