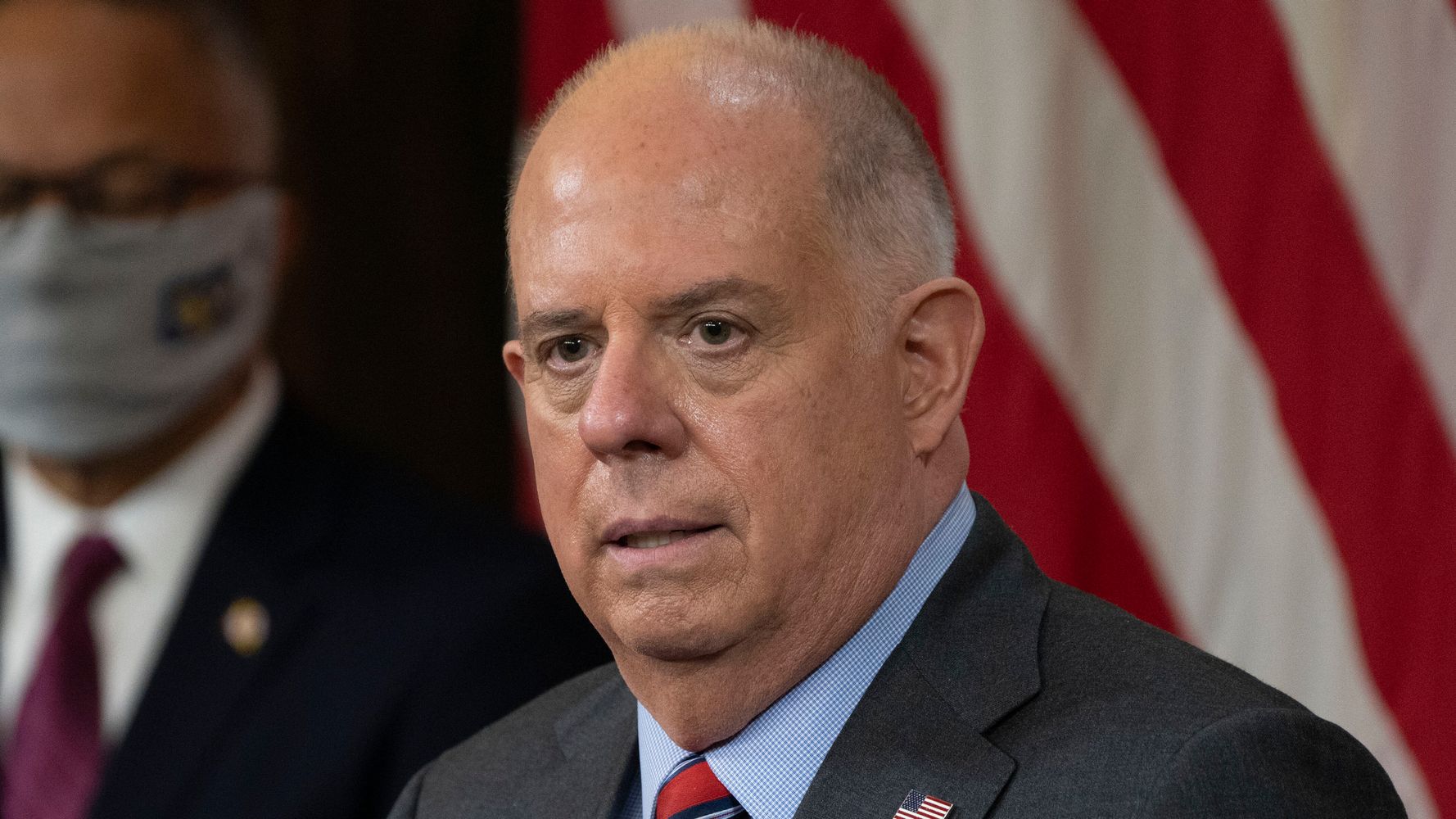 As House Republicans prepare to remove Rep. Liz Cheney (R-Wyo.) from her leadership position because she refuses to support Trump and his lies that the 2020 election was stolen from him, Hogan said on “Meet The Press” that the party is more focused on loyalty to the former president than actual issues.

“It bothers me you have to swear fealty to the dear leader or you get kicked out of the party. It just doesn’t make any sense,” Hogan said. “It’s sort of a circular firing squad where we’re just attacking members of our own party instead of focusing on solving problems.”

“It just bothers me that you have to swear fealty to the ‘Dear Leader’ or you get kicked out the party.” pic.twitter.com/22khoNvQNI

“We’ve got to get back to winning elections again and we have to be able to have a Republican Party that appeals to a broader group of people,” he said.

Asked for his view on why Republican leadership has refused to blame Trump for inciting the Jan. 6 insurrection on the U.S. Capitol, Hogan said they were concerned about retaliation from Trump and within the party.

Hogan, a potential GOP presidential candidate in 2024, has long been a fierce Trump critic. He said after the election last year that he’s not afraid of speaking up because he significantly outperforms Trump’s support in Maryland.

Denial of responsibility! Verve Times is an automatic aggregator of the all world’s media. In each content, the hyperlink to the primary source is specified. All trademarks belong to their rightful owners, all materials to their authors. If you are the owner of the content and do not want us to publish your materials, please contact us by email – [email protected]. The content will be deleted within 24 hours.
Larry HoganLiz CheneyRepublicanRepublican Partytrump
0
Share FacebookTwitterGoogle+ReddItWhatsAppPinterestEmail

DC’s Legends of Tomorrow Recap: Here’s Everything You Missed in “Meat: The Legends”