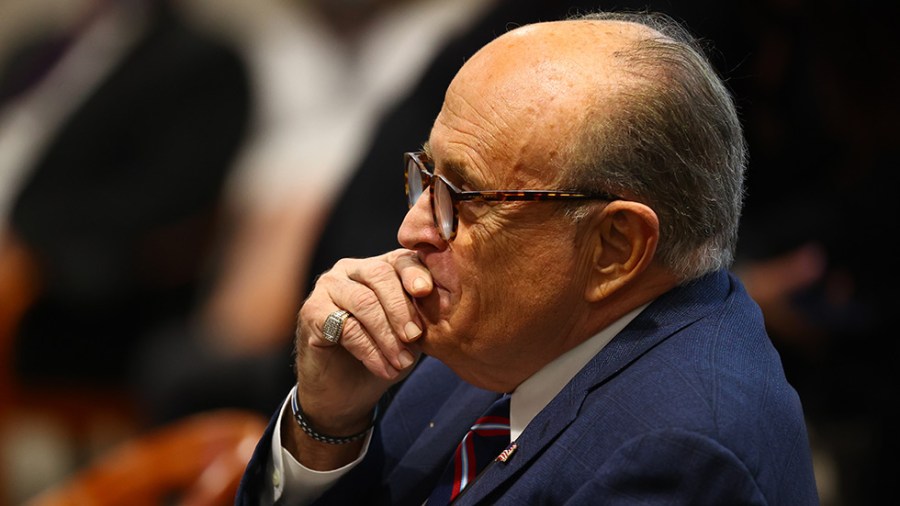 (The Hill) — Rudy Giuliani was hit with an ethics charge by the Washington, D.C., Office of Disciplinary Counsel on Friday over his promotion of false claims about fraud in the 2020 presidential election before a federal court in Pennsylvania. This jeopardizes his ability to practice law in the city.

The D.C. Bar’s disciplinary arm said that Giuliani had violated the Pennsylvania Rules of Professional Conduct by bringing a proceeding and asserting “issues therein without a non-frivolous basis in law and fact for doing so” and engaging “in conduct prejudicial to the administration of justice,” according to the filing.

The complaint said that Giuliani provided insufficient sourcing to prove his allegations that election fraud had taken place in Pennsylvania.

Giuliani “further justified his allegations of fraud against the” defendant counties in the case “by promising the district court that ‘statistical analysis will evidence that over 70,000 mail and other mail ballots which favor (President) Biden were improperly counted,’ … but Respondent should have known the ‘evidence’ he provided relied upon false or faulty statistics and analysis,” the complaint read.

The former New York City mayor also claimed he had 300 statements and affidavits that would have provided proof of said fraud taking place in the state, according to the filing.

But the complaint said that “the affidavits, declarations, and statements that he provided to the district court and other bodies were (a) unsupported, (b) unrelated to (former President Donald) Trump voters, (c) involve conduct outside the seven Defendant Counties, and (d) by their own terms were isolated incidents that could not have affected the presidential election’s results by offsetting the Biden majority of over 80,000 votes.”

Giuliani was admitted to the D.C. Bar in 1976, but in 2002, his status became inactive. Last year, the New York Supreme Court’s appellate division suspended his law license in that state.

The Hill has reached out to Giuliani and a lawyer for Giuliani for comment.

March for Our Lives: Thousands to rally in U.S.