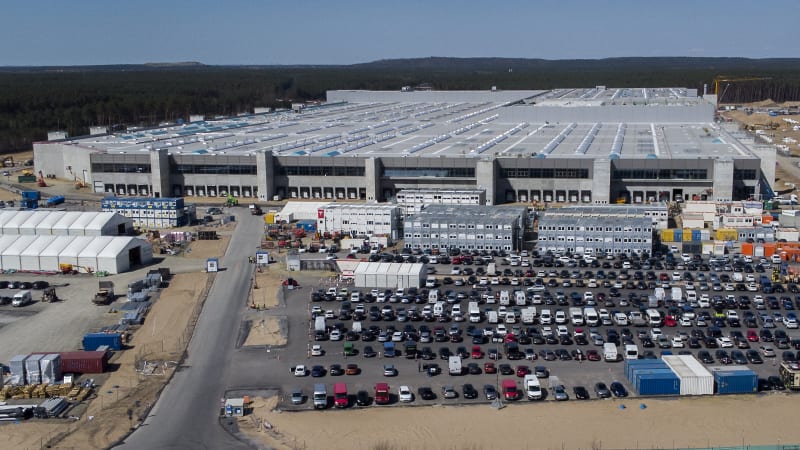 FRANKFURT — Germany’s largest and most powerful union IG Metall has set its sights firmly on setting up a works council at Tesla’s gigafactory near Berlin, which is scheduled to open later this year, its head Joerg Hofmann said.

The U.S. electric carmaker is hiring for the site in Gruenheide, whose opening was pushed back in April due to red tape as well as a decision to include a battery cell manufacturing plant.

Organized labor will be an issue for the group in Germany, not only home to some of the world’s biggest and most famous carmakers but also to powerful unions that command significant say over strategic matters.

“So far I have not been in contact with (Tesla CEO) Elon Musk. Why should I be, or he? Tesla is now hiring in Gruenheide, in the land of co-determination and collective bargaining agreements. Tesla’s management knows this,” Hofmann told Reuters.

“If the team for Gruenheide is on board, we will establish a works council with the employees and organize them.”

Hofmann’s comments, coming shortly after a report in Business Insider saying that German authorities are probing possible violations of labor laws at the Gruenheide site, suggest Tesla will have a tough time avoiding organized labor in Europe’s top economy.

Hofmann said that while meaningful talks with Tesla in Germany were not easy due to numerous leadership changes that have taken place at the carmaker, IG Metall welcomed Tesla’s decision to establish itself in Germany.

In October, Tesla’s executive overseeing construction of the Gruenheide factory left his position, a source familiar with the matter said at the time, following the departure of Jochen Rudat, head of Germany, a year earlier.

“It’s the first big investment in a new factory in the automotive sector since the turn of the millennium,” Hofmann said.

He said that finding skilled workers in Germany would be a challenge, adding Tesla will have to adhere to the standards of the local labor market.

Hofmann a day earlier had warned that Germany’s car industry was facing an “employment fiasco” unless it gets badly needed investment in new technologies, especially in batteries.

Moscow will give away free cars to people who get COVID…

Corona vaccine to be delivered to remote areas of the…