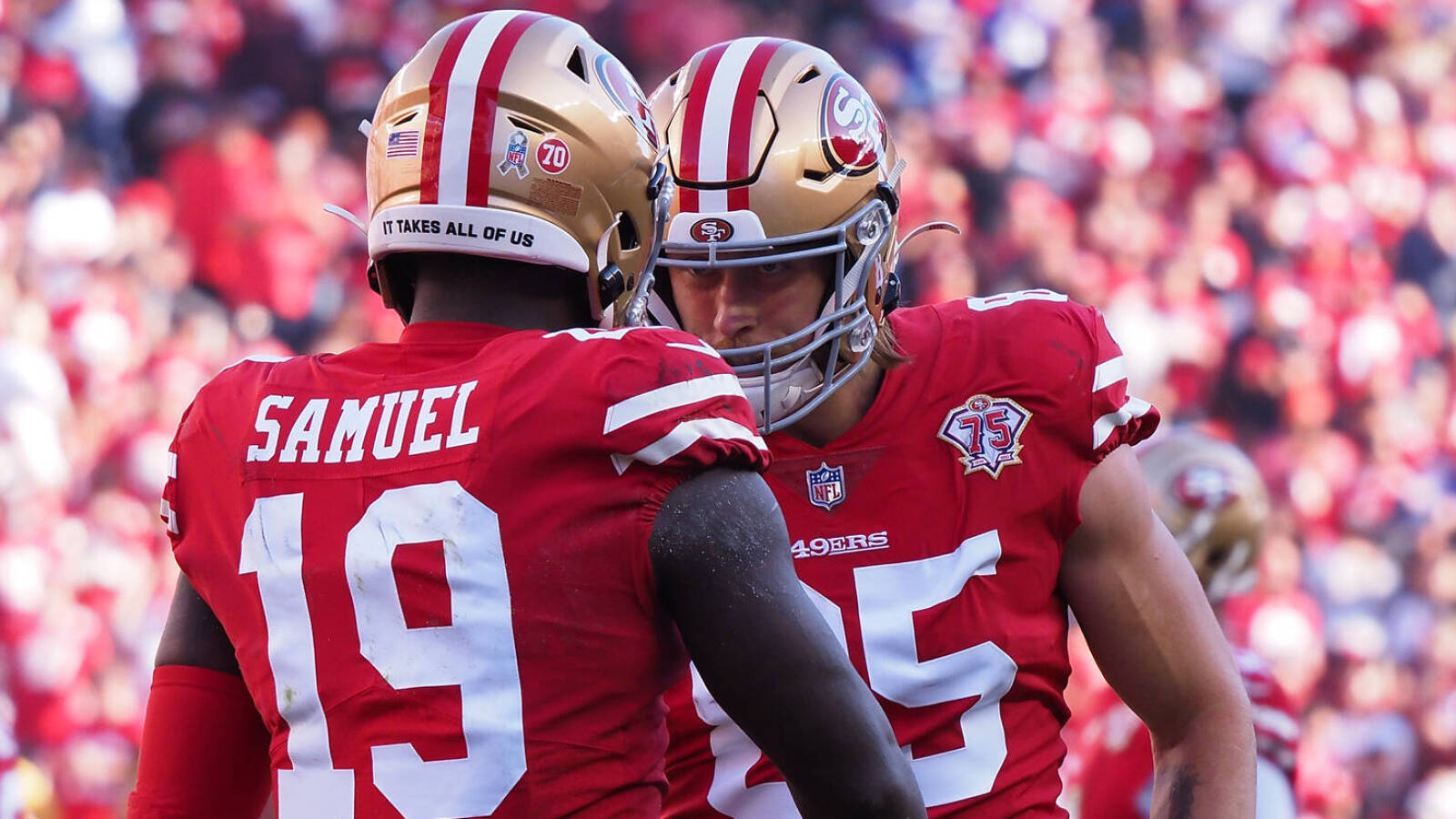 The still-uncertain situation involving quarterbacks Jimmy Garoppolo and Trey Lance has dominated headlines regarding the San Francisco 49ers throughout the offseason but isn’t the only potential distraction the team has had to deal with since the loss to the Los Angeles Rams in January’s NFC Championship Game.

Dual-threat talent and All-Pro selection Deebo Samuel remains attached to the 49ers via the final season of his rookie contract and attended the club’s mandatory minicamp moved up by a week despite his trade request made before this year’s NFL Draft. NFL Network’s Tom Pelissero reported earlier this month that “the scales are tipping toward Deebo being more likely to be in San Francisco at least for 2022,” and it appears All-Pro tight end George Kittle agrees with that assessment.

“What’s gonna happen, and this is me not knowing anything, Deebo’s got another year on his contract left regardless, right? Assuming he’s not going to sit out, that’s a lot of money, so he’s either going to play this year as a Niner with one year left on his deal or he’s going to get a contract extension,” Kittle explained during an appearance on the “Bussin’ with the Boys” podcast, per Logan Mullen of Audacy.

“At this point, you can’t even trade him. What are you going to do, trade him for a first-round pick in next year’s draft? That doesn’t help us this year. Like c’mon, you can’t trade for future picks, not right now, so that window is kind of closed. Something crazy could happen, I could be eating my words in two weeks, but the Niners have done every major contract — mine, Fred Warner’s — the week before the season started. So, my guess is in three weeks we’ll hear news of it, but I have no idea.”

Samuel undeniably was San Francisco’s offensive Most Valuable Player last season who finished the campaign with 1,405 receiving yards, 365 rushing yards and 14 touchdowns. Keeping him around to work with Lance, a second-year pro, makes too much sense for the 49ers, especially if they can jettison Garoppolo and his contract to a buyer before September.