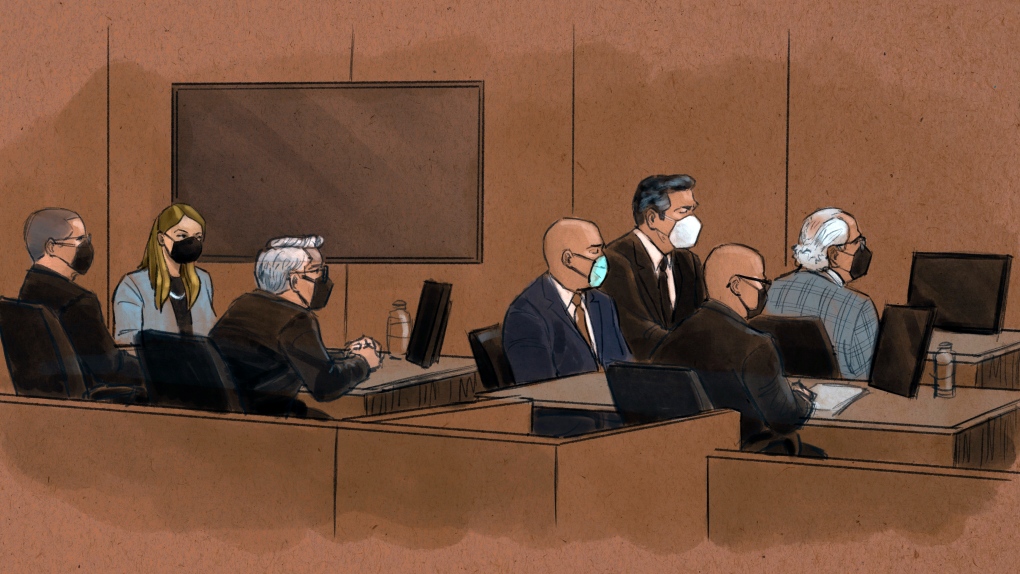 
A judge on Tuesday rescheduled the state trial for two former Minneapolis police officers in George Floyd’s killing to Oct. 24 to resolve dueling requests for a new trial date after the state sought to start it as soon as this summer while a defense lawyer asked to delay it to next spring.


Tou Thao and J. Alexander Kueng are charged with aiding and abetting both second-degree murder and second-degree manslaughter in the May 2020 killing of Floyd. Their trial was supposed to start this month, but Judge Peter Cahill earlier this month postponed it until Jan. 5, saying that would improve prospects for a fair trial. He settled on the October date during a brief hearing Tuesday.


State prosecutor Matthew Frank on Friday had requested a speedy trial on behalf of Floyd’s family, which under Minnesota law could have meant mid-August. Kueng’s defense attorney, Tom Plunkett, followed with a request Sunday for a longer delay — until April — because of a scheduling conflict.


Attorneys for all sides told Cahill they agreed to the Oct. 24 start date for jury selection. The judge also scheduled a hearing on pretrial motions for Sept. 26-27.


Frank told the court that it would have been “traumatic” for the Floyd family to push the trial date out farther. Not only was their loved one killed by police officers, he said, they’ve had to watch the video of his dying minutes “time and time again in the media and throughout the trial process.”


Thao and Kueng have already been convicted of federal counts of violating Floyd’s rights. Their former colleague, Thomas Lane, was also convicted on a federal count and pleaded guilty in May to a state charge of aiding and abetting second-degree manslaughter. All three are free pending their federal sentencing hearings, which have not been set.


Cahill also presided over last year’s trial of former Officer Derek Chauvin, who was convicted of second-degree murder and sentenced to 22 and a a half years for kneeling on Floyd’s neck as the Black man said he couldn’t breathe. Chauvin, who is white, has been in prison since that conviction. He also pleaded guilty to a federal civil rights charge.

Bitcoin rebounds, leading other cryptocurrencies higher, after its big dip over the weekend

WARMINGTON: Cops who shot armed attacker lauded as heroes by…