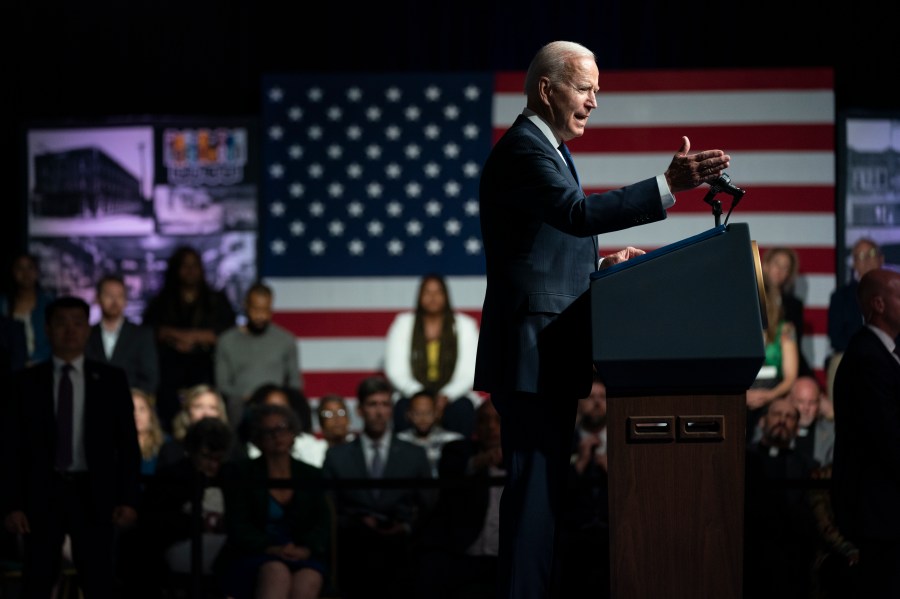 Foreign confidence in US president surges from 17 to 75 percent after Biden transition, survey finds

(NEXSTAR) — America’s image abroad appears to have taken a dramatic leap forward following the transition from President Donald Trump to President Joe Biden, according to newly released data from the Pew Research Center.

The nonpartisan data firm compared the responses from 12 nations surveyed in 2020 to the opinions held in those same countries a year later and found a median of 75% of respondents expressed confidence in “the U.S. president to do the right thing regarding world affairs.” A year ago, during the Trump presidency, that median was 17%.

Over that time, Pew found the percentage who had a positive view of the United States moved from 34% to 62%. The shift mirrors changes seen earlier this century.

“During the past two decades, presidential transitions have had a major impact on overall attitudes toward the U.S. When Barack Obama took office in 2009, ratings improved in many nations compared with where they had been during George W. Bush’s administration, and when Trump entered the White House in 2017, ratings declined sharply,” Pew said in a writeup of the findings.

Western European allies such as France, Italy, Germany and the Netherlands saw some of the largest gains in positive perception, joining Japan and Canada. The full breakdown and methodology is available on the Pew website.


‘America is back’: Biden pledges vaccine aid during foreign trip

“Nearly eight-in-ten Germans (78%) have confidence in Biden to do the right thing in world affairs; a year ago, just 10% said this about Trump,” noted the Pew researchers.

The positive response was far more muted in nations such as Australia, Singapore and New Zealand. U.S. perception actually dropped slightly in Taiwan over the time period.

While the nation’s image may have rebounded in the short term, however, Pew’s director of political research, Carroll Doherty, pointed out a potentially troubling number in the new data.

“Across 16 publics surveyed, ‘a median of just 17% say democracy in the U.S. is a good example for others to follow,’ wrote Doherty.

Why Gundam Seed Is So Popular