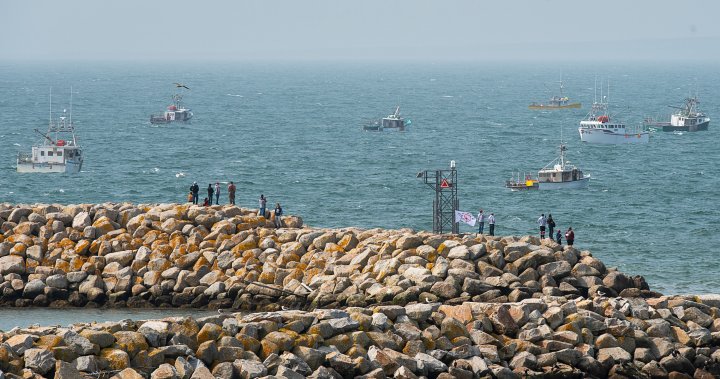 The office of federal Fisheries Minister Bernadette Jordan says it’s “very concerning” that Nova Scotia’s Sipekne’katik First Nation is intending to proceed with what it says is an “unauthorized fishery” without the department’s involvement on Monday.

Jordan’s office issued a statement today saying the Department of Fisheries and Oceans will continue to enforce the Fisheries Act for all harvesters, including those who operate in St. Marys Bay off
southwestern Nova Scotia.

Sipekne’katik Chief Mike Sack issued a statement on Friday saying the band is ready to begin a self-regulated treaty fishery on Monday.

The First Nation had recently operated its food, social and ceremonial lobster fishery, which is regulated by DFO, but the fishery licence does not permit the sale of the catch.

Jordan’s office says it has tried to negotiate with Sack on a plan for the band to implement a moderate livelihood fishery and would welcome the chief back to continue negotiations at any time.

In his statement, Sack says the band’s fishery will operate under the principles and guidelines of its own fisheries management plan, which he says is based on “sound conservation measures.”

Denial of responsibility! Verve Times is an automatic aggregator of the all world’s media. In each content, the hyperlink to the primary source is specified. All trademarks belong to their rightful owners, all materials to their authors. If you are the owner of the content and do not want us to publish your materials, please contact us by email – [email protected]. The content will be deleted within 24 hours.
Environmentfood social and ceremonial lobster fisheryhalifaxindigenous rightslobsterlobster disputelobster fisheryMi'kmaq
0
Share FacebookTwitterGoogle+ReddItWhatsAppPinterestEmail

Golden Globe actor James Brolin shares what made him…