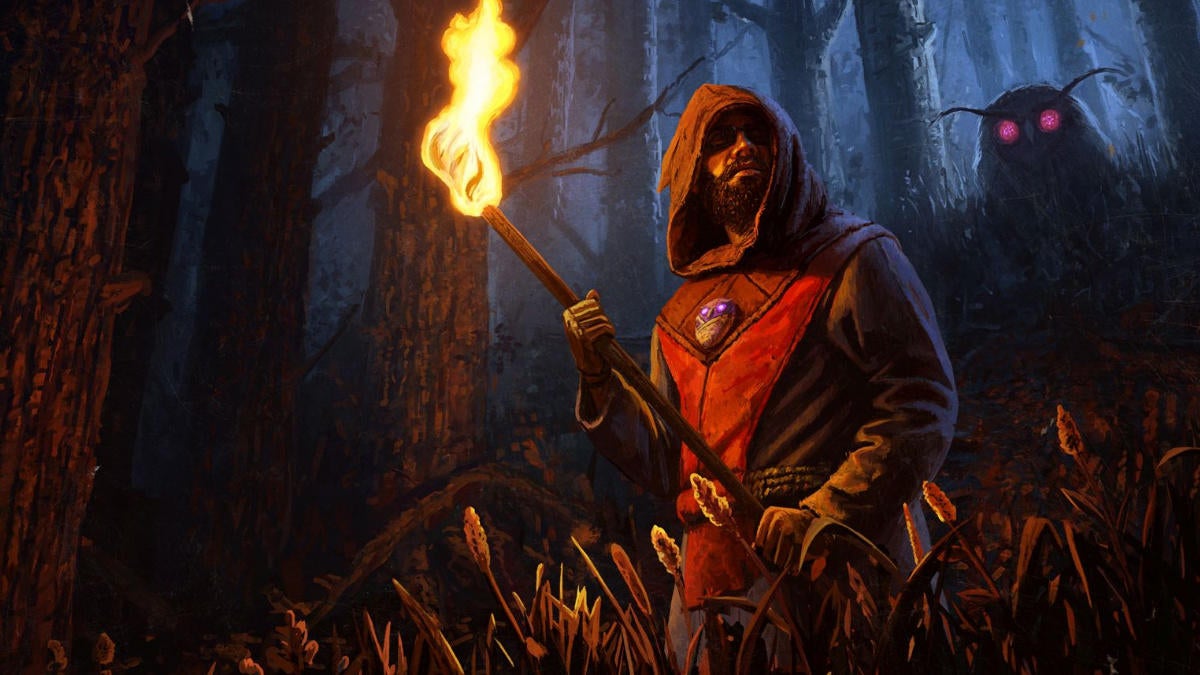 The Night of the Moth update is now live in all versions of Fallout 76, and it looks like a pretty significant one! Players have the new Mothman Equinox seasonal event to participate in, with Mothman Cult themed rewards to acquire. The event lasts until December 21st, so players should have plenty of time to take part. Today marks the beginning of Season 7: Zorbo’s Revenge, as well. Last but not least, today’s update features a slew of bug fixes and quality of life improvements that should make for a better overall experience. Patch notes directly from the game’s official website can be found below:

Check the download sizes below for today’s patch on your platform of choice:

A group of robed travelers have just arrived in Appalachia, and they’ve taken up residence at Point Pleasant to celebrate a dubious occasion known as the Mothman Equinox. Calling themselves “The Enlightened,” this sect of the Wise Mothman’s most devoted followers plan to summon the cryptid through an elaborate ritual. Aid their dark endeavors and fend off rival cultists to earn the Wise Mothman’s favor!

Former (and self-proclaimed) Emperor of the Universe, Dr. Zorbo, has never forgotten his crushing defeat at the hands of Captain Cosmos during “The Legendary Run.” Now, Zorbo seeks to enact revenge by assembling a villainous crew, who will help him build a massive war machine he’ll use to obliterate the Captain. Here’s what’s headed your way during Fallout 76 Season 7, which begins today:

Catch additional details about Fallout 76 Season 7 by heading to the Seasons page on Fallout.com, or by heading here to read our recent article.

Community feedback plays an important role in how we approach shaping and leveling-up Fallout 76, and we love reading all of your ideas about what you’d like to see added to the game. With today’s update, we’re implementing a number quality-of-life improvements that have been suggested to us by many of you in the community. We hope you enjoy digging into them in-game, and that you will continue sharing your thoughts with us.

We’re bringing a variety of improvements to Public Events through some adjustments to the Public Event system itself, the addition of a reward preview to Public Event map descriptions, and a number of balance change across many of the events that are currently available in-game.

As mentioned above, you can now preview the rewards that are up for grabs at each Public Event directly from the event’s description on the Map.

Previously, some of our Public Events could be a little too difficult, end in failure too suddenly, or even last too long. We’re implementing balance changes for a number of Public Events to help smooth out some of these rough spots and improve the experience of playing through them.

It seems someone out there in the Wasteland has found a way to hijack the airwaves to begin broadcasting their very own Pirate Radio Station! Open your Pip-Boy and tune into the new station to tap your toes to hours of new jingles, and catch a blast from the past with radio dramas and commercials from life before the bombs dropped. The audio interloper behind this rogue station has yet to reveal their identity, and until they do, you can at least enjoy some fresh tunes during your adventures in Appalachia.

Fallout 76 is currently available on Xbox One, PlayStation 4, and PC. You can check out all of our previous coverage of the game right here.

What do you think of the new Fallout 76 update? Are you looking forward to the game’s new content? Let us know in the comments or share your thoughts directly on Twitter at @Marcdachamp to talk all things gaming!

Denial of responsibility! Verve Times is an automatic aggregator of the all world’s media. In each content, the hyperlink to the primary source is specified. All trademarks belong to their rightful owners, all materials to their authors. If you are the owner of the content and do not want us to publish your materials, please contact us by email – [email protected]. The content will be deleted within 24 hours.
BethesdaFallout 76Mothman equinoxpatch notesPCPlayStationseason 7Xbox
0
Share FacebookTwitterGoogle+ReddItWhatsAppPinterestEmail

It’s my non-party and I’ll lie if I want to: Boris Johnson is bang to rights | John Crace

Newfound flavor of omicron variant may be harder to track

Djokovic could play French Open under new rules — even if…