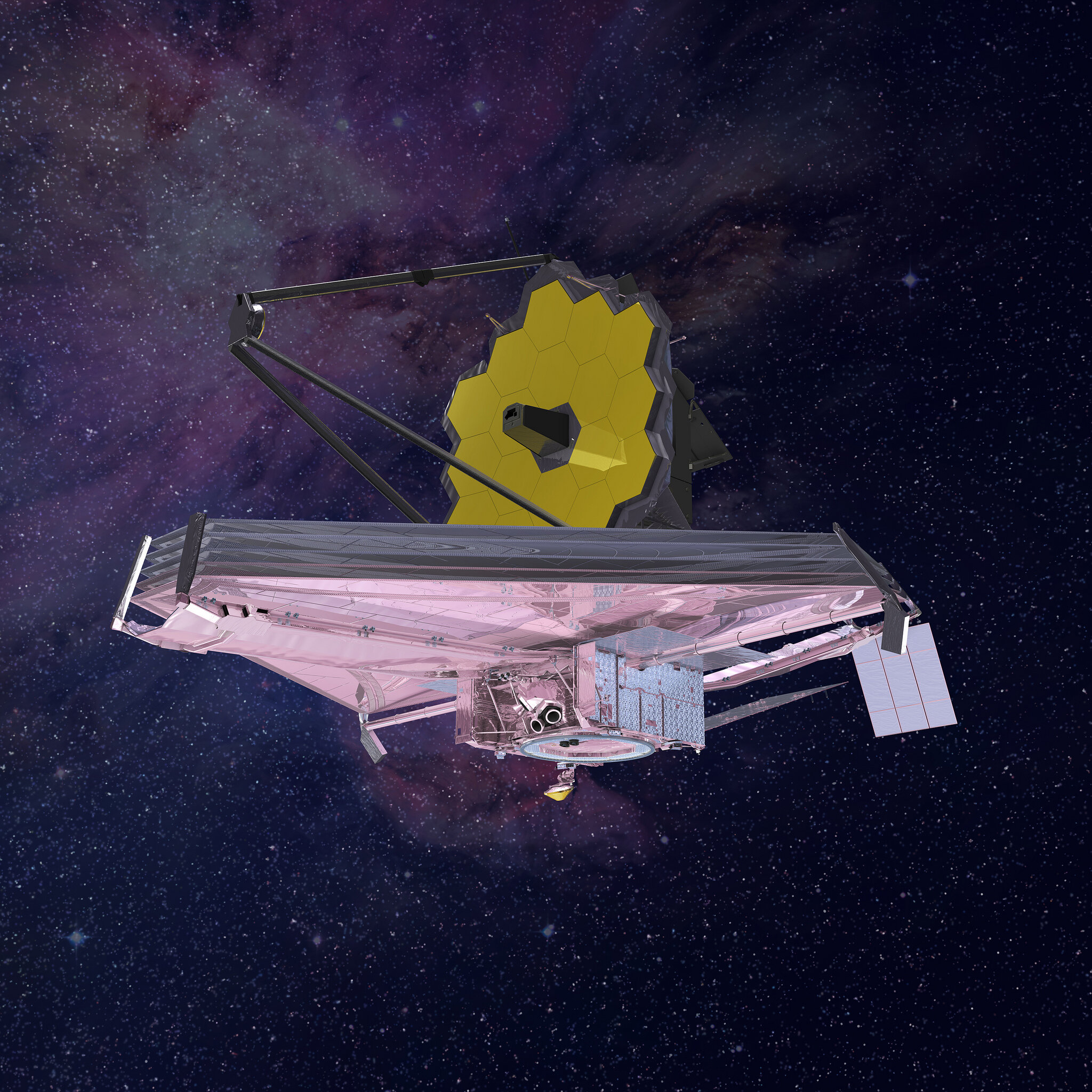 Even after James Webb Space Telescope launch, astronomers still on the edge of their seats

So far, 2022 may feel like a mixed bag—however, if you’re an astronomer this year has already been exciting. That’s because December 25, 2021 brought a highly anticipated gift, two decades in the making, with the launch of the James Webb Space Telescope (JWST).

Now the telescope is en route to its final location, called L2 (Lagrange Point 2). That’s nearly 1 million miles away, so it will be a few anxious months of anticipation for astronomers and the rest of us here on the pale blue dot.

Jon Trump, associate professor in the Department of Physics, is one of those excited astronomers, and he met with UConn Today to discuss what to expect from JWST in the months ahead.

This Christmas was an extra special one for astronomers with the launch of JWST. What was it like?

I joined my collaborators for a virtual watch party for the 6:20am launch (CST). I was awake before my kids—they were a little frustrated that I didn’t wake them up.

We’ve been waiting for this for a long time, and when the rocket launched, we all just held our breath and we didn’t cheer. It was a different kind of euphoria. It was great, but we knew how much more there was to do.

A few days later, the sunshield finished deployment, and that was the riskiest part. That was a relief. The sunshield is a tennis court-sized thing, you can’t put that in the nose cone of a rocket, so it had to be super folded and unfolded like a Transformer. It is hard to test how something this big will work in the microgravity and cold of space. We don’t have an environment like that here on Earth. Seeing the sunshield fully extended was a huge relief.

What is the telescope doing now? Are you still glued to the screen keeping up with progress?

I’ve certainly had James Webb on the brain since Christmas, and have kept Where is Webb open in a browser all the time. I keep reading the blog posts, and I did watch part of the broadcast for the sunshield deployment on NASA live.

Webb will insert into its L2 orbit at the end of January. Then it will start aligning the mirrors, and that is expected to take a few weeks. After that, it will cool all the instruments and begin to test them one by one—there are four main instruments on Webb. By the time all of this is finished, if we’re fortunate and everything works, it will be ready for observations in June, which is perfect for us because that’s when our field is observable.

How bad would it be if any of the maneuvers fail?

Once the major deployments happen, the primary mirrors will still undergo a period of alignment to focus. You may remember, Hubble is famous for the first image being out of focus because it has a solid mirror. James Webb doesn’t have a solid mirror; the mirrors can be adjusted so we should never have the same problem. That said, to put it in perfect alignment requires motion in each of the thin mirror segments, which have little actuators behind them so they can be bent and adjusted and aligned. This flexibility is useful, but if something happens where the actuators don’t work and we can’t align these mirror segments, that would be pretty terrible. There’s nothing we can do, it’s going to be a million miles from Earth.

When will the telescope begin collecting data, and what kinds of things can we expect to learn?

Unlike Hubble, James Webb is an infrared telescope, which means it’s much better at observing the cold universe, because colder things emit lower frequency of light. Humans emit in the infrared, Earth emits in the infrared, the sun peaks in yellow optical range, which is where Hubble detects primarily, but James Webb is going to be much better at observing planets. Webb will likely observe some of the first exoplanets, some of the first atmospheres of planets around other stars. So those will be some of the first things coming out of James Webb, which should be happening in June.

James Webb is good at observing the very, very distant universe, and this is what my colleagues and I’ll be using it for. The universe is expanding and very, very distant things have their light redshifted: the light is emitted in the ultraviolet or in the optical, but by the time it gets to us, its wavelength has expanded all the way through the expanding universe, into the infrared.

My colleagues and I will be looking at the first galaxies and the first black holes. Our field is either observable in June or, flip six months, in December. We’ll have some of the first science observations, which is exciting.

I’m used to the Sloan Digital Sky Survey, now in the fifth iteration, where I could start learning things and playing with the data immediately. This isn’t like that. I am on the edge of my seat and I don’t even have data to occupy myself with. Until June, all I have is a website that I just keep watching to check where the telescope is.

I feel fortunate. I’m part of this big team, and I felt fortunate when our proposal was selected. It’s tremendously exciting science and I get to be one of the first people who gets to tell James Webb what to do in the very beginning, and get to direct how it unveils the secrets of the universe that we can all take part in. We’re all on the edge of our seats. I’m excited to get to work to learn about the mysteries of the universe.

Provided by
University of Connecticut

Citation:
Even after James Webb Space Telescope launch, astronomers still on the edge of their seats (2022, January 24)
retrieved 24 January 2022
from https://phys.org/news/2022-01-james-webb-space-telescope-astronomers.html

The Brier returning to London, Ont. in 2023: Curling Canada