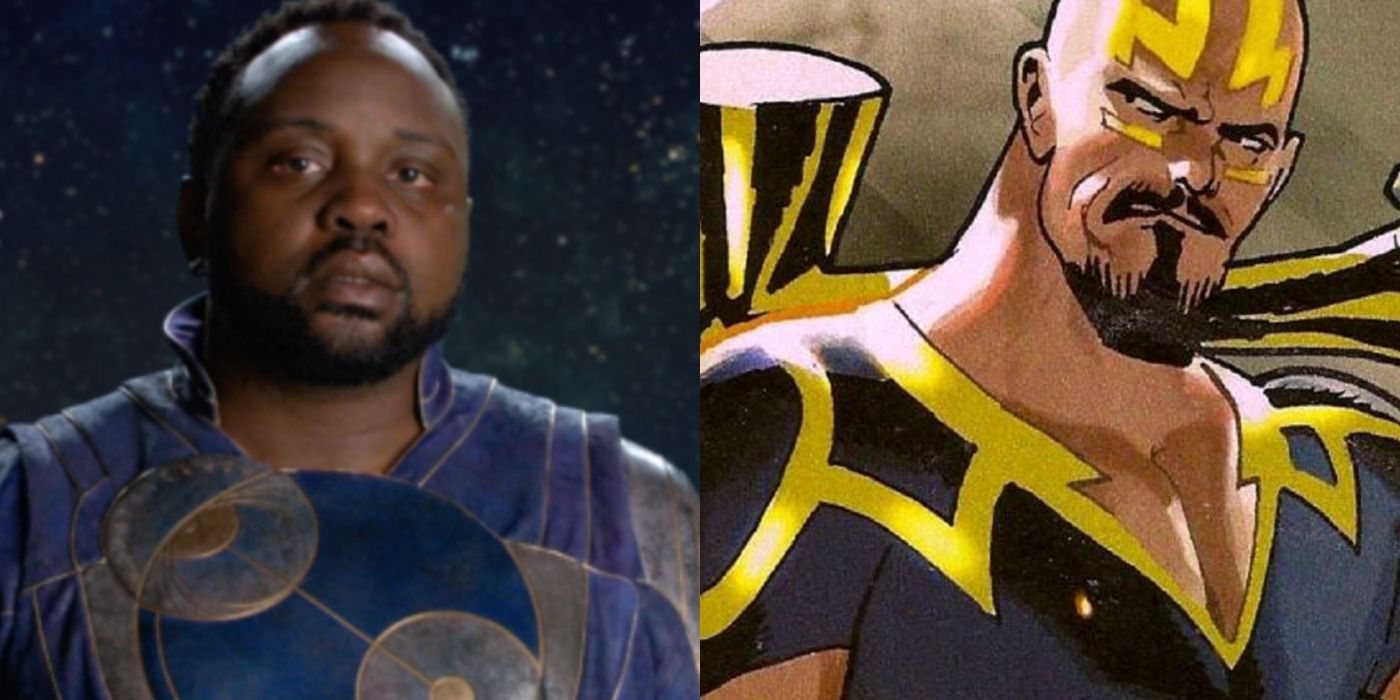 Fans have a whole new group of super powered individuals to watch in the Marvel Cinematic Universe now that Eternals has finally hit the big screen. Eternals featured a large cast of characters, and all of them newcomers to the MCU. Most of the characters in the movie, however, were actually introduced decades ago in the comics. The Eternals got their first solo series in 1976 from the mind of Jack Kirby.

RELATED: 10 Reasons Eternals Would Have Worked Better As A TV Show

With that long comic book history, there’s plenty of information out there about Eternals like Phastos that movie-goers won’t know unless they’re familiar with the comics. In the movie, Phastos is the technology guru of the group, and the one who makes a family as he lives amongst the humans in the 21st century. How does the smartest Eternal measure up to his comic book counterpart?

The MCU makes it clear that Phastos is the technology guru of the Eternals. It’s Phastos who understands exactly how things work, and who helps to bring different technological advancements to humanity. It stands to reason that he would serve a similar function in the comics, and it makes sense considering he’s inspired by the Greek deity Hephaestus.

In the comics, however, Kingo is a bit different than he appears in the movie. For one thing, he’s studied to be a samurai. The sword he uses in the comics is his preferred method of fighting instead of utilizing energy blasts. Phastos forged the sword for Kingo himself. Phastos doesn’t just fix machinery and technological issues for the Eternals in the comics.

9 Phastos Has Most Of The Same Abilities As Ikaris

The MCU honed in on the specialties of each of the Eternals, but didn’t reveal that all of the Eternals have the capacities for the same skills. In the comics, most of their skills are the result of them being able to manipulate cosmic energy.

While Ikaris is viewed as the most powerful Eternal in the MCU, largely in part to the number of abilities he displays, there are a lot of his abilities that Phastos also has in the comics. He can project energy, fly, and even heal. Phastos also can project illusions, though his work isn’t as detailed as Sprite’s in the movie.

8 He Was Once A Public Superhero

The Eternals mostly keep themselves hidden from humanity in the comics just as they do in the MCU. That doesn’t mean they don’t sometimes live amongst humans as the audience sees Phastos do in the movie. There is a time where some of the Eternals decide to use their powers in the open. They even band together to act as a group of superheroes. Phastos uses the name Ceasefire when he takes on a superhero persona. While using the codename Ceasefire, Phastos works to stop Apocalypse from inciting a war.

Kingo might be the one to share a friendship with Thor in the pat in the MCU, but it’s Phastos who has something in common with the Asgardian in the comics. They both carry a hammer with them to use as a weapon.

Unlike Thor, Phastos’ hammer isn’t one that can only be lifted by someone worthy. It also doesn’t channel lightning. His hammer does, however, hit his enemies with bolts of some sort of energy.

6 Phastos Has An Obsession With Finding Meaning In Life

One thing that has remained consistent in Phastos’ comic book appearances is that he has a need to search for someone or something that is never explicitly defined. He never feels completely satisfied in his life, and holds a sadness that he never explains to others. Phastos also isn’t shy about wanting to find meaning in his long life.

This same idea appears to be adapted in the Eternals movie as Phastos has a deep empathy for humanity, but also despises the bloodshed they cause one another. He’s the only Eternal the audience knows of who finds love and has a family, finding meaning in his long life among humanity. His journey is part of what makes Phastos one of the most likable characters in the movie.

5 He Learned The Truth About The Resurrection Machine First-Hand

In the modern comics, the Eternals faced a difficult truth about themselves. They were only immortal because their resurrection machines took the energy of a human life in exchange for their own. It wasn’t something any of them had known for a long time.

Phastos was one of the first of his people to learn the truth. After a large number of Eternals died, he was the first to be resurrected and witnessed just what the machines did. As a result, he didn’t want his people to continue taking innocent lives and attempted to halt resurrections for a time.

4 Phastos Wasn’t In The Original Lineup

The first comics featuring the Eternals were published in 1976. Created by Jack Kirby, the characters borrowed a lot from Greek mythology. Ikaris, Ajak, and Sersi were the first Eternals introduced over the course of the first four issues of the comic book series. Makkari, Thena, Zuras, and Domo followed.

RELATED: 11 Harsh Realities Of Being An Eternal

Phastos didn’t appear as part of the Eternals lineup in that entire first volume. Instead, he wouldn’t appear in comics until the second volume of Eternals stories were released in 1985.

While Thanos seemingly doesn’t have a strong connection to the Eternals in the MCU, that’s not the case in the comics. Thanos is the only Eternal to be born from another Eternal instead of the resurrection machines. He doesn’t frequently end up on the same side as his fellow Eternals when it comes to humanity though.

Phastos formed an uneasy alliance with Thanos after learning the truth about the resurrection machines. His plan was to double cross Thanos in the end. He had Thanos help him eliminate older Eternals and prevent the machines from resurrecting them in the hopes of stopping the loss of life to humanity. The two were eventually found out, however, and Ikaris sacrificed himself to repair the machines Phastos had damaged.

2 Druig And Sprite Both Manipulated His Memories

Though Druig is the one known for being able to trick the minds of others, he doesn’t typically need to get into the heads of his fellow Eternals. He did, however, use his ability to make Thanos forget just how he planned to go against Thanos after their alliance. Unlike Phastos, Druig wanted Thanos left to his own devices.

Likewise, when Sprite became so upset about having lived thousands of years in the body of a child, his own illusion making skills went into overdrive. Sprite effectively created a whole new reality in which the Eternals he knew lived out lives as humans. Phastos worked as an engineer in Germany with the name Phillip Stoss. It took the power of a Celestial to wake the Eternals up to their true selves.

1 Phastos Could Resurrect As A Woman

When the Eternals came to the MCU, changes were made to a few of the characters. Those like Makkari and Sprite, who were traditionally male in the comics, became female. The reveal of how the resurrection machines work in the fifth volume of the Eternals comics, however, made it clear that Eternals are actually gender fluid beings.

During the resurrection process, an Eternal could be reborn as male or female. It just depended on them. So far, Sprite is the only character to go from a previously male to female character in the comics, but Phastos could resurrect as a woman in the future – as could any of the Eternals comic book characters.

NEXT: 10 Eternals Who Should Have Been In The MCU Movie


Next
Marvel: The 10 Strongest Female Heroes

Amanda is a freelance writer in Florida. She holds a Psychology degree and loves superheroes and serial storytelling. Her favorite heroines include Black Widow, Blake Belladonna, and Sailor Jupiter.

Willem Dafoe Has Perfect Idea For Joker Sequel With Joaquin…

Tonga remains cut off after a massive eruption and tsunami.…