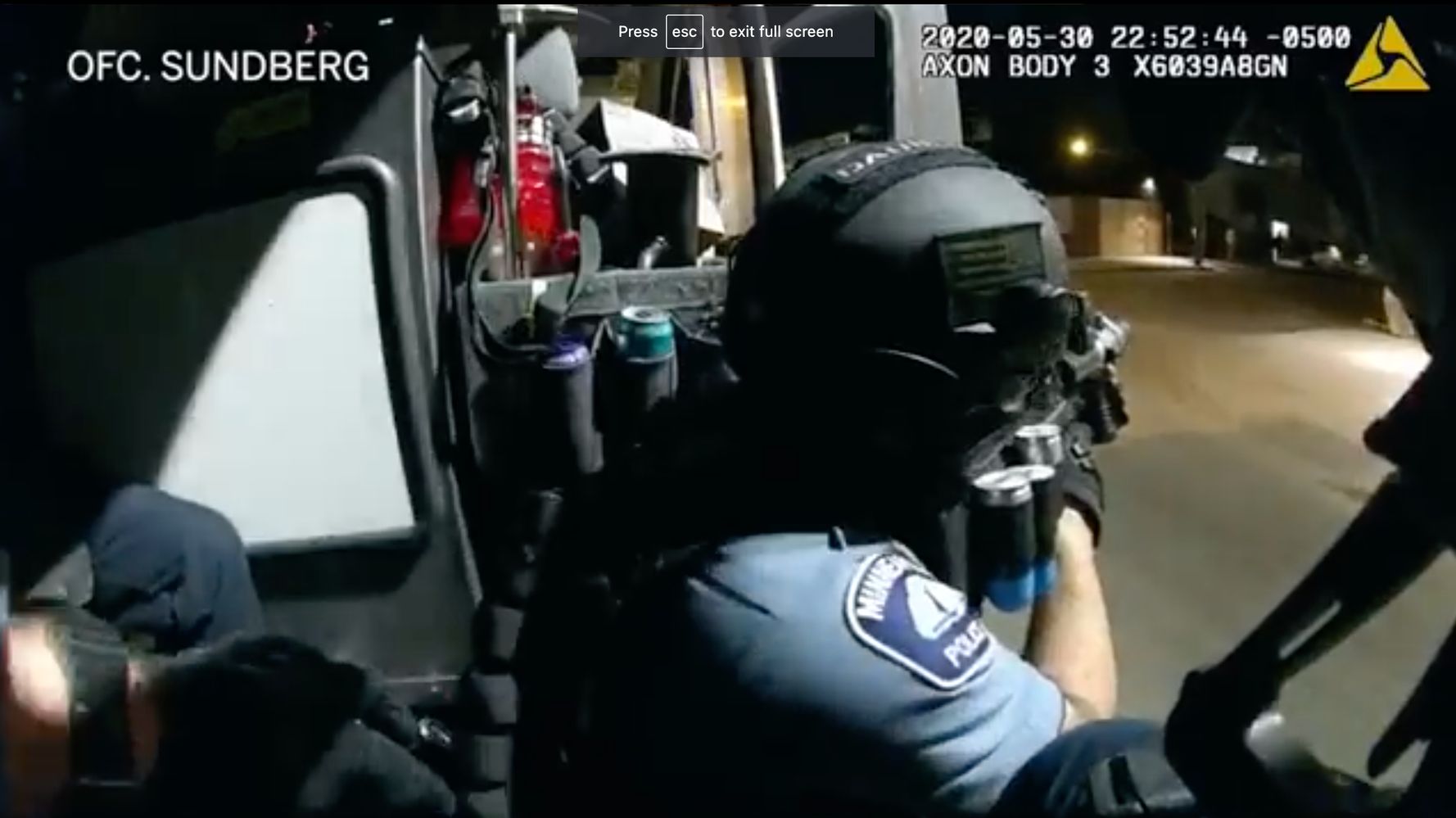 Damning new body-camera footage from a night of Minneapolis protests over George Floyd’s murder reveals officers joking about “hunting activists” and making other disturbing and racist remarks as they responded to unrest across the city.

The footage was released to the media this week by an attorney for Jaleel Stallings, who was shot at with rubber bullets and beaten on the ground for about 30 seconds by Minneapolis police at a May 2020 protest shortly after police killed George Floyd. The videotaped death of the Black father on May 25, 2020, set off nationwide protests and an ongoing call for racial reckoning.

In the hours of footage, officers often spoke in a celebratory tone about catching protesters. One clip shows an officer impersonating the “Looney Tunes” character Elmer Fudd while laughing: “Be vewwy, vewwy quiet. We’re hunting activists!”

That was one of multiple references officers made to “hunting” people.

“Tonight it was just nice to hear, ‘We’re going to go find some more people. Instead of chasing people around, we’re going to hunt.’ You guys are out hunting people now, and it’s just a nice change of tempo,” one officer says to another.

In another, an officer says: “The first fuckers we see, we’re just handling them with 40s,” ostensibly referring to 40 mm less-lethal firearms, which fire rubber bullets, tear gas and similar ammunition.

While firing a less-lethal round on a group of protesters, an officer hits someone and says “Gotcha!” while laughter from other officers can be heard. “Good hit, buddy,” one of them remarks as they bump fists.

The footage also shows officers not announcing themselves or issuing any warnings before shooting rubber bullets at people to enforce a curfew during the police brutality protests.

The video shows Minneapolis police officers firing less-lethal weapons at people on Lake Street from their unmarked white van–without identifying themselves as law enforcement or issuing warnings or commands. pic.twitter.com/3QOFMmkTGf

CNN identified one of the officers from the footage as Lt. Johnny Mercil, who oversees the police department’s use-of-force training. In one sound bite, Mercil makes a racist comment suggesting Black protesters steal and destroy property more than white ones do.

“This group probably is predominantly white because there’s not looting and fires,” he says to another officer.

Activist groups said the remarks were not surprising to hear.

“OUTRAGEOUS BUT NOT SURPRISING,” the Movement 4 Black Lives wrote.

Stallings, whose lawyer released this footage, was acquitted last month of eight criminal charges tied to the night shown in this body cam footage. A jury found that he acted in self-defense when he fired his gun, which he was permitted to carry, at officers who were firing rubber bullets at him.

“I am glad that the public can review the evidence for themselves and compare it against the statements made by the involved officers and the prosecution,” Stallings’ attorney Eric Rice told CNN. “Through transparency, I hope that our law enforcement and criminal justice systems can be improved.”

The Minneapolis Police Department is not commenting on the new body cam footage, citing an ongoing internal investigation.

Minneapolis Mayor Jacob Frey did not immediately respond to a request for comment on the footage.

Denial of responsibility! Verve Times is an automatic aggregator of the all world’s media. In each content, the hyperlink to the primary source is specified. All trademarks belong to their rightful owners, all materials to their authors. If you are the owner of the content and do not want us to publish your materials, please contact us by email – [email protected]. The content will be deleted within 24 hours.
body camera footageKilling of George FloydMinneapolispolice racism
0
Share FacebookTwitterGoogle+ReddItWhatsAppPinterestEmail

Abortions resume in some Texas clinics after judge halts law

The Guardian view on a Tory resignation: a minister goes…