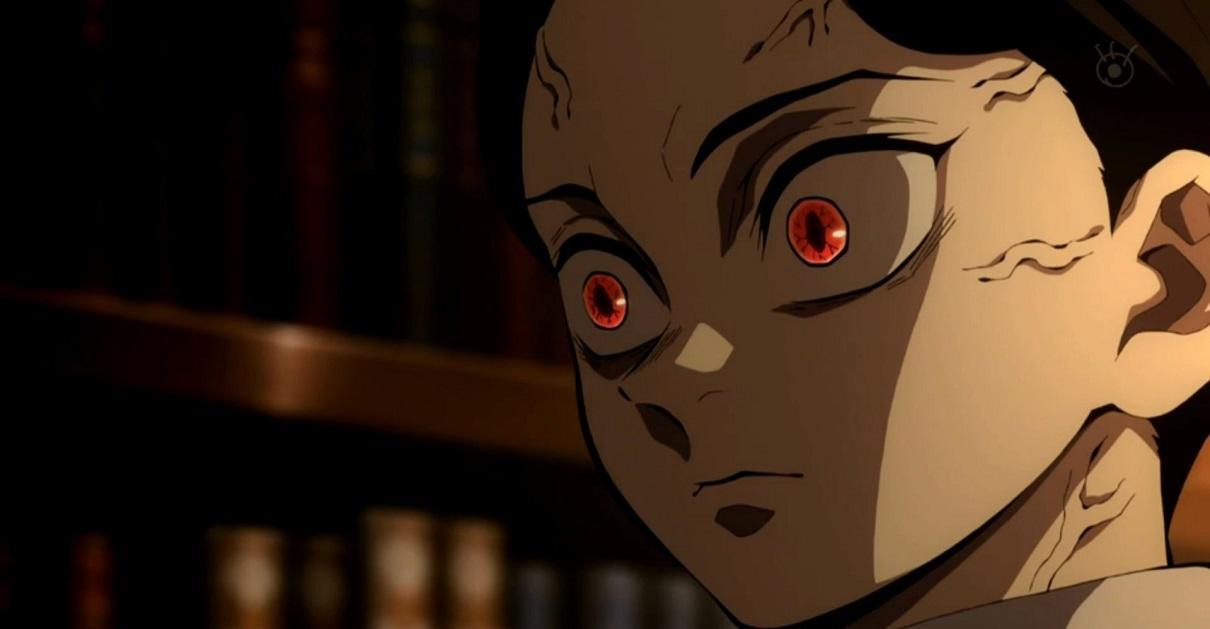 There are many mysteries surrounding the enigmatic head of the demons, Muzan, and while there is still many things that fans of Demon Slayer don’t know about the demon lord, the latest episode of the anime has revealed new facts about the villain’s ultimate goal. As the Entertainment District Arc takes us past the retelling of the Mugen Train Arc, Tanjiro and his friends still will have plenty of dangers around every corner to deal with, including the all powerful supernatural threat in Muzan.

The beginning episode of the Entertainment District Arc is an interesting one when it comes to Muzan specifically, with the demon leader apparently ingratiating himself with a normal family as a young boy, having already shown himself in two bodies as both a young man with a family and a young woman. Not only does Muzan apparently want the blue spider lily, a mysterious flower that appears to be on the top of his mind, he is willing to do anything to get it. By raising just a finger, he is able to nearly kill Akaza, which is a bad sign for the Demon Slayer Corps considering Rengoku himself wasn’t able to take down the top-tier demon.

The Blue Spider Lilly is shrouded in mystery when it comes to why Muzan is looking for the flower, but manga readers know that the item is a meaningful part of his past, and should he get it, will have big ramifications on the future of the franchise.

Also in the episode, we saw Tanjiro dealing with the fallout of the battle between Rengoku and Akaza during the Mugen Train Arc, attempting to struggle with the loss of the Flame Hashira while learning more about the powerful technique known as Sun Breathing. While Tanjiro is still no match for Muzan at his current state, the Entertainment District Arc is looking to pit the young member of the Demon Slayer Corps against some powerful foes.

Muzan is an interesting foil to Tanjiro, and viewers are sure to learn more about the demon lord as the series continues.

What do you think Muzan’s ultimate goal is with the Blue Spider Lilly? Feel free to let us know in the comments or hit me up directly on Twitter @EVComedy to talk all things comics, anime, and the world of the Demon Slayer Corps.

Denial of responsibility! Verve Times is an automatic aggregator of the all world’s media. In each content, the hyperlink to the primary source is specified. All trademarks belong to their rightful owners, all materials to their authors. If you are the owner of the content and do not want us to publish your materials, please contact us by email – admin@vervetimes.com. The content will be deleted within 24 hours.
Demon Slayer
0
Share FacebookTwitterGoogle+ReddItWhatsAppPinterestEmail