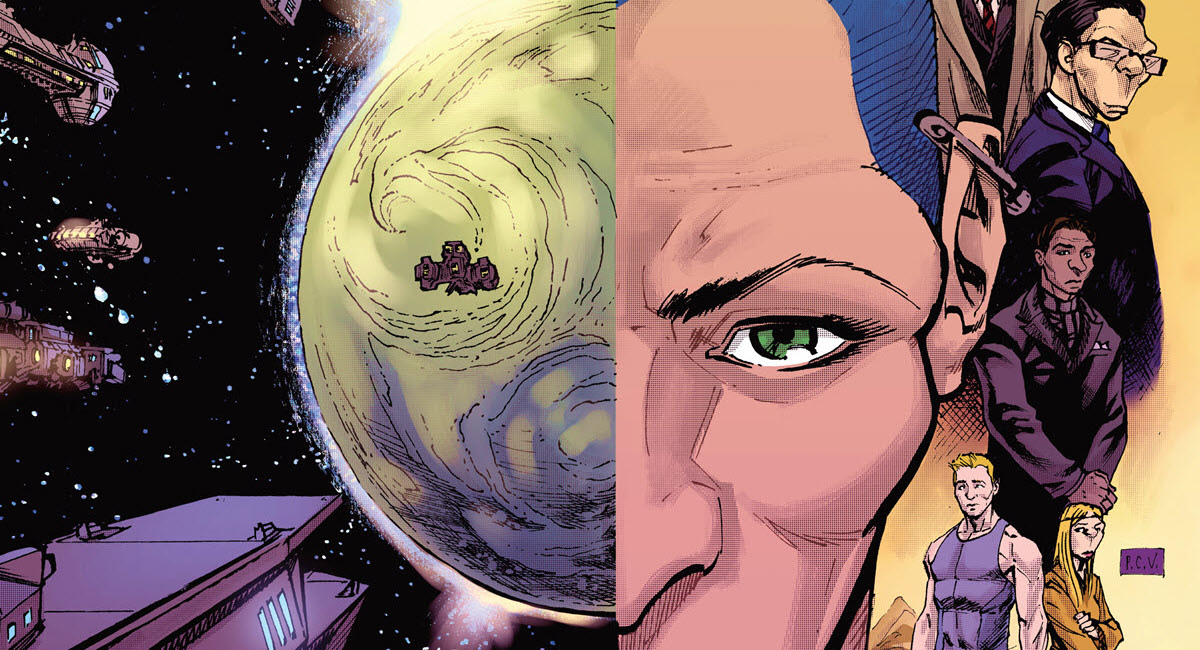 David Duchovny is taking the next logical step in anyone’s career: he’s writing a comic book. Dark Horse Comics has announced Kepler, a new hardcover graphic novel co-written by Duchovny and Phillip Sevy, who is also drawing, coloring, and lettering the book. The sci-fi graphic novel tells the story of the residents of an alien world, one similar to Earth but where homo sapiens did not become the dominant form of life on the planet.

When the Benadem, benevolent space gods, return to KEPLER, a planet where homosapiens went extinct and other hominid species thrived, their arrival threatens to plunge the world into chaos. West, a 16-year-old Neanderthal girl, is thrust into the conflict and is the only hope to prevent extinction. Her efforts, unique because of her mixed hominid heritage, not only change her life, but also reveal the merciless ambition and identity of the gods themselves.

In the tradition of Planet of the Apes, Kepler is an allegorical thriller of environmental disaster, colonialism, religion, history, and adolescence told through the eyes of a lonely outsider.

Kepler is the first comics work for David Duchovny, who is best known as an actor for his portrayal of FBI Special Agent Fox Mulder on The X-Files. Duchovny has also written multiple novels. The graphic novel marks the latest Dark Horse work from Phillip Sevy, who previously wrote and illustrated the sci-fi series Triage for the publisher.

Environmental themes are becoming a common thing among Dark Horse graphic novels of late. A number of recent and forthcoming books from the publisher’s Berger Books imprint, including Cecil Castellucci, Flavia Biondi, & Fabiana Mascolo‘s Shifting Earth, James Romberger‘s Post York, and Devin Grayson & Yana Adamovic‘s Rewild, all deal with climate disaster in one way or another.

The 112-page hardcover graphic novel Kepler is due out in comic shops on Wednesday, November 16th, and in bookstores the following Tuesday, November 22nd.

Hurricane season 2022: How long it lasts and what to expect

Kai Sotto excited for new opportunity as he moves on from…

Guwahati Decked up for G20 Meetings From Feb 6