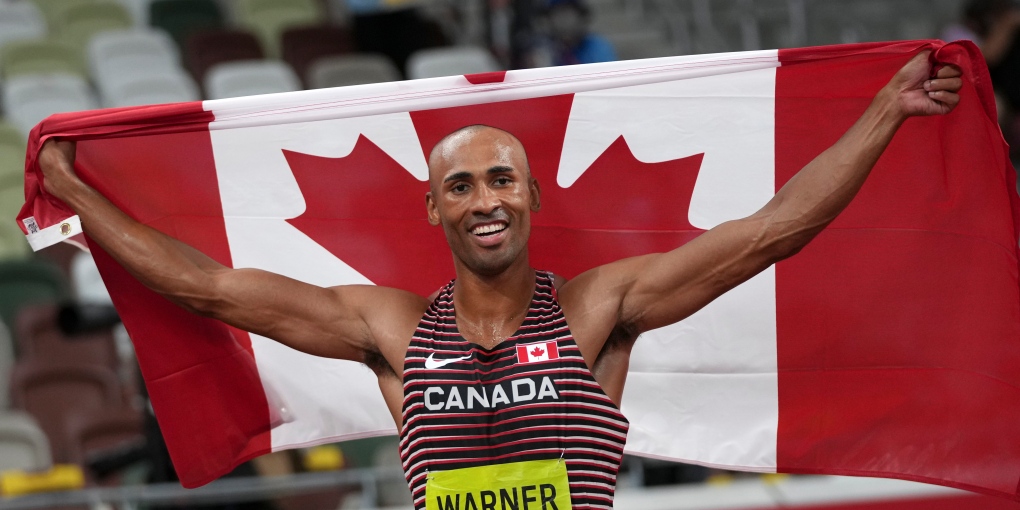 
He’s considered the best athlete on the planet, the Olympic Decathlon champion. But Damian Warner’s rise to global sports supremacy started with struggle.


“I grew up in a single parent household, so my mom worked two jobs to make sure there was food on the table. To support me, my brother, and my sister, and there were times where things were tough, and she had to rely on others to get some support and one of those people was the local food bank,” says the London, Ont., athlete who has partnered with Kraft-Heinz on an initiative called Pantry Day.


“I think it’s a great cause, it’s something that I’m happy to be a part of, and use my platform to create as much awareness as possible. If you go in there and purchase products, Kraft-Heinz will match that with a donation to Food Banks Canada.”


Last week Warner was at the London Food Bank where he spoke about how his family relied the on service in his youth.


“We never knew, we had no idea,” says Glen Pearson of the London Food Bank, “because we’ve been there since the beginning we had no idea that had ever happened. So it was very moving, and our volunteers and staff were there and they listened to him speak and it really meant a lot to them to see what their efforts had done.”


World Hunger Day comes on the heels of one of the most successful Thanksgiving food drives by the London Food Bank but according to the Vital Signs report released Thursday, food security is still a major issue in this city.  The Food Bank is reporting an increase of 20 per cent for people needing food hampers over the last six months.


“The numbers are too high, that they have to service,” says Warner. “But I think this Pantry Day, that’s going to happen tomorrow, on Oct. 16, is a great start to cut into some of these numbers and help put more food on people’s tables.”


To participate, you can purchase Kraft-Heinz products from a grocery store on Saturday and the company will match the purchase and donate it to Food Banks Canada. You can click here to learn more about the program.

Taxpayers who requested an extension to file their 2021 tax return must file by Oct. 15

The Sopranos Star Admits They “Felt Bad” About…

Death in the Channel: ‘My wife and children said they were…