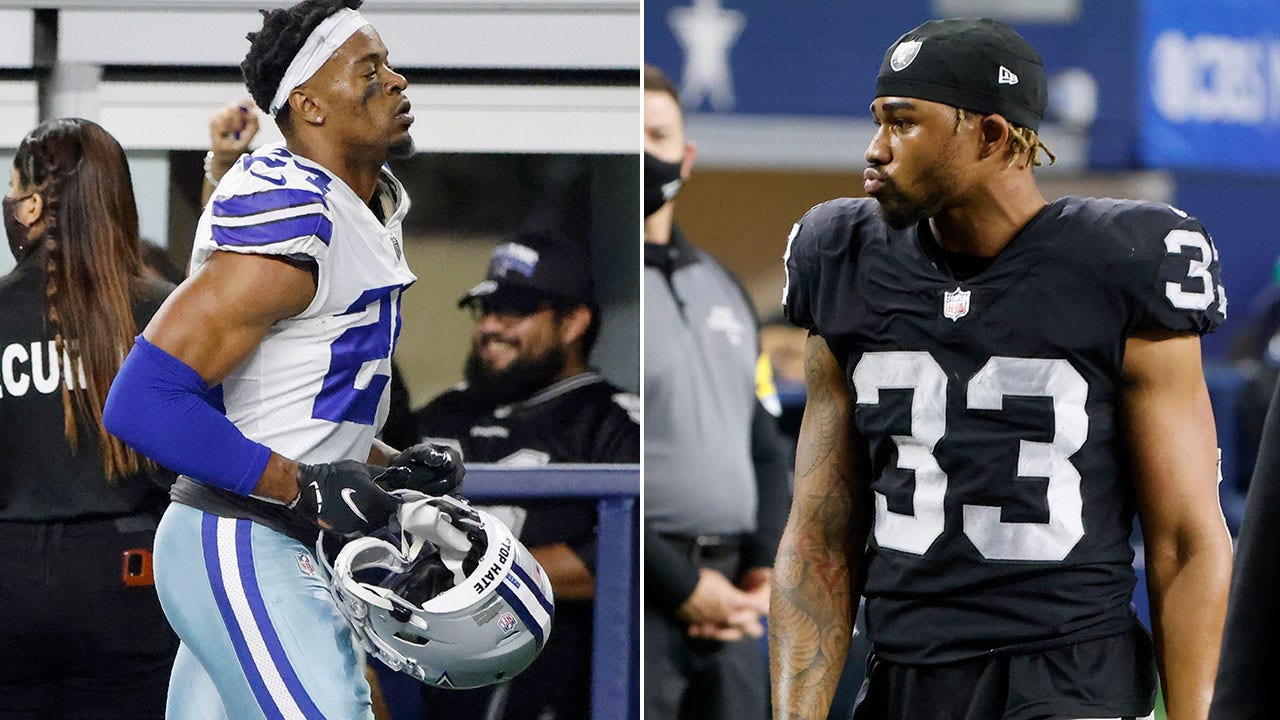 Dallas Cowboys and Las Vegas Raiders players broke out into a massive brawl in the third quarter of their Thanksgiving matchup.

With about 13 minutes left in the quarter and the Raiders up 17-13, Las Vegas punter A.J. Cole booted the ball down the field and out of bounds. The play seemed to be over but then Raiders safety Roderic Teamer and Cowboys cornerback Kelvin Joseph started to fight each other after the whistle.

Dallas Cowboys cornerback Kelvin Joseph leaves the field after being ejected following a fight that included Joseph and Las Vegas Raiders’ Roderic Teamer in the second half of an NFL football game in Arlington, Texas, Thursday, Nov. 25, 2021. (AP Photo/Michael Ainsworth)

The players rolled with each other toward the stands when special teams players from both teams started to push and shove each other more as they were trying to break up the skirmish. The fight didn’t go into the stands but it appeared at least one player got a full hand of the opposing player’s facemask.

After the dust was settled, both Teamer and Joseph were ejected from the game.

According to Pro Football Talk, field judge Tom Hill came away with a bloodied chin.

Las Vegas Raiders safety Roderic Teamer (33) leaves the field after being ejected following a fight that included Teamer and Dallas Cowboys’ Kelvin Joseph in the second half of an NFL football game in Arlington, Texas, Thursday, Nov. 25, 2021. (AP Photo/Michael Ainsworth)

A definite fine and possible suspensions will likely be handed down once the NFL reviews the incident.

Las Vegas was leading by the end of the third quarter, 27-19. Derek Carr had a touchdown pass to Desean Jackson and Marcus Mariota and Josh Jacobs each had rushing touchdowns.

Workplace holiday parties: Coming back or too risky?

Bond set at combined US$1M after parents of Michigan school…

James Bond: How Roger Moore rated other 007s – Who was the…