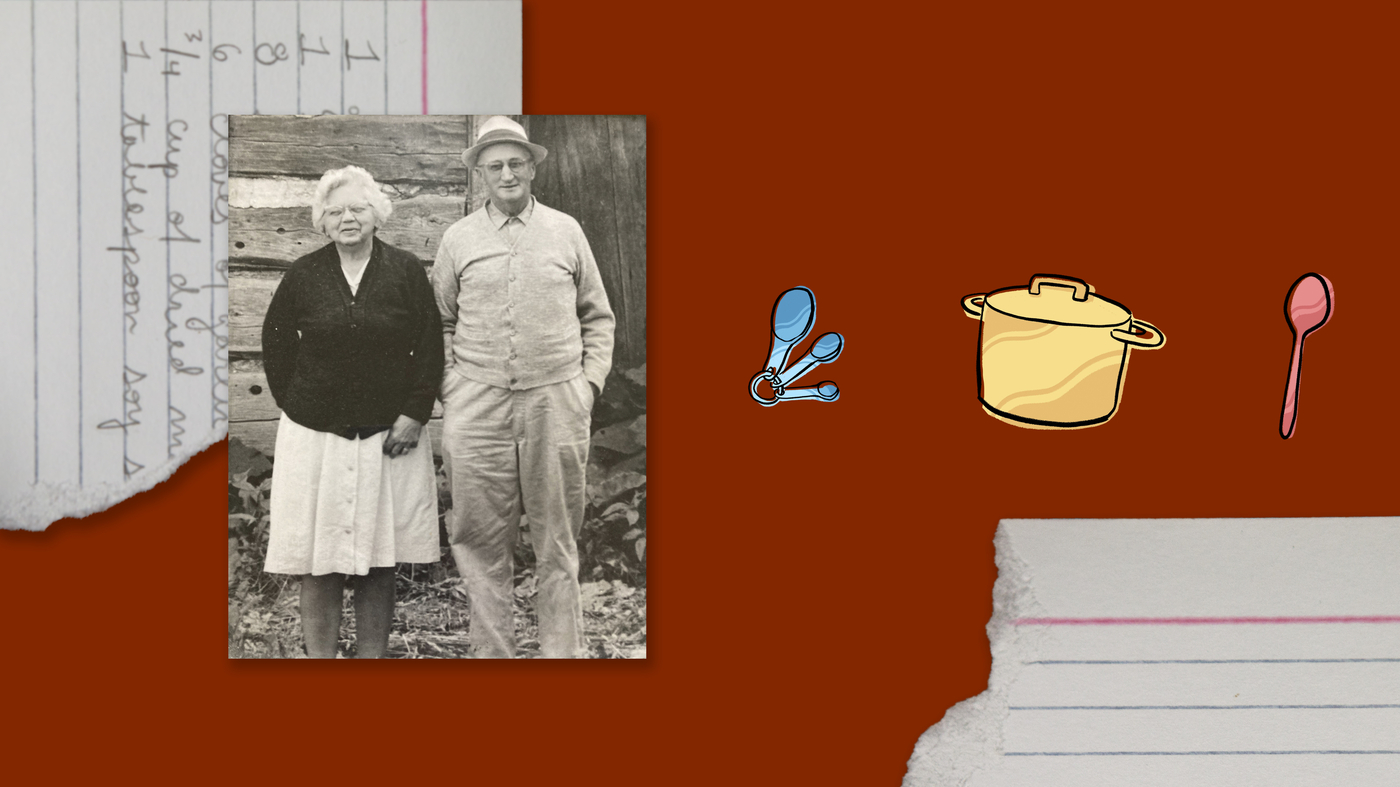 As a child, Linda Ishmael would help her grandparents prepare Old Kentucky Ham for the holidays.

As a child, Linda Ishmael would help her grandparents prepare Old Kentucky Ham for the holidays.

All Things We’re Cooking is a series featuring family recipes from you, our readers and listeners, and the special stories behind them. We’ll continue to share more of your kitchen gems throughout the holidays.

When Linda Ishmael was growing up, her family’s Christmas celebrations always included “putting the ham to sleep” to get it ready for the holiday dinner, when dozens of family members would visit their Kentucky farm.

The sleep process is a method of slow-cooking a salt-cured country ham for 24 hours that Ishmael said hearkens back to pioneer cooking.

“It was a way for the women to cook a lot of dishes at once,” Ishmael said. “They could put the ham up somewhere else to slow cook while they used their oven to cook other things.”

Ishmael lives in Flemingsburg, Ky., just about 4 miles from where she grew up on hundreds of acres of land with her parents, siblings, aunt, uncle, cousins and grandparents. Out of all the kids, Ishmael said, she was the only one interested in being in the kitchen with her grandmother.

“I would leave my house and go up, either walk or bicycle up, to my grandparents’ home … so I was always there, kind of as part of the prep work,” Ishmael said.

It’s here where she learned everything needed to cook the special ham that also made appearances at Easter and other family celebrations.

To get started, you need to gather your ingredients and equipment, which includes some rugs without plastic coating on the bottom, a newspaper, blankets, a cold-weather sleeping bag and a pot with a lid or a lard can that can hold the entire ham in water.

Ishmael uses a plastic pot scrubber to clean the ham under cool running water. Then she soaks the ham in a pot of water for 24 hours. This helps rehydrate the ham and gets a good portion of the salt out, Ishmael said.

Then the ham goes into the cheesecloth bag it came in or another cloth that can be tied at the top and back into the pot. The pot of ham is refilled with fresh cold water and put on the stove until it comes to a boil. You want it to stay at a roiling boil for 30 minutes.

Then you carefully lift the pot or can off the stovetop. This is a job that Ishmael said was reserved for her grandfather when she was growing up.

“My grandfather put a raincoat on so that hot water wouldn’t splash on him when he took it off the stove, and he’d always wink at me and say, you know, ‘It’s better to be safe than sorry,'” Ishmael recalled.

Her grandfather would move the pot of ham onto the rugs, and then the wrapping process began.

Wrapping the ham starts with ensuring that the lid is secure and then putting two layers of newspaper around the pot and on top. Ishmael said you can secure these with tape if you’d like. Then come the blankets and, finally, a sleeping bag good for temperatures below 32 degrees Fahrenheit.

The sleeping bag was added after one of Ishmael’s family members left one behind after a camping trip.

“It really created a good insulator, because when 24 hours pass and you come back to take these things off, unwrap it, you want it still to be extremely hot in the pot,” she said.

After those 24 hours of slow-cooking, the ham gets scored before it’s encrusted with the cracker mixture and browned in the oven.

Ishmael said that after it’s done, you have to hide it from the family until dinnertime — that’s how good it is.

“Everybody that’s ever eaten it has loved it,” she said. “As I’ve always said, this is the best ham I’ve ever eaten.”

Clean and scrub the ham with a plastic pot scrubber under cool running water.

Put the ham in the pot and cover it with cold water and soak overnight or for 24 hours.

After the overnight soaking, pour out the water and put the ham in the cheesecloth. Put the whole ham back in the pot and cover it with fresh, cold water.

Bring the pot to a boil over medium heat. Once it reaches a rapid boil, keep the pot on the stove for 30 minutes.

After boiling, set the pot with the lid on top on two rugs, such as rag rugs or braided rugs. (Do not use rugs with a plastic coating on the back.)

Wrap two layers of newspaper around the pot, including the top. You can use a bit of tape to hold the newspapers in place. Next, wrap a layer of towels around the pot and across the top, using tape to help hold the towels in place.

Wrap a blanket around the pot and a blanket folded in quarters over the top. Then slip a zipped camping sleeping bag (one good for 32 degrees or below) over the newspaper/blanket-covered pot.

Remove the ham from the water and take off the skin.

Crush the saltine crackers and combine them with the brown sugar in a bowl. Dribble in the apple cider vinegar until the mixture is moistened and will stick together and stick to the ham.

Score the ham at 3/4-inch intervals. Then rub the mixture over the top of the ham and sprinkle with black pepper.

Cook to a nice golden brown in a 400 degree oven, for approximately 15 minutes.

Cool the ham (and hide it from the family) until dinnertime.

These 10 cars have the greatest potential lifespan