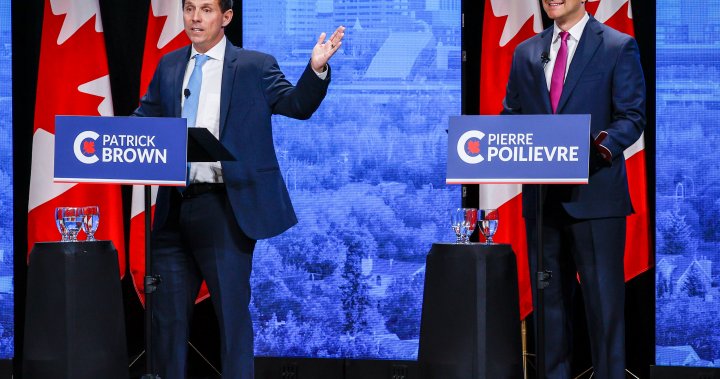 The Conservative Party of Canada is investigating a complaint lodged by Patrick Brown’s leadership campaign about a racist email it says it received from a member.

Calgary MP Michelle Rempel Garner, who is helping Brown in the race, shared a screenshot on Twitter of an email that she says the campaign received from an active member of the party.

The Canadian Press has not been provided with a copy of the email in question.

3 of 3: No person who holds these vile beliefs should have a home in the Conservative Party of Canada.

The text that Rempel Garner shared expresses support for Nazism and includes racist remarks directed at Black and Asian people.

The Conservative party confirmed on Twitter that it would investigate the complaint in accordance with rules that govern how and whether one’s membership can be revoked.

It says it condemns all forms of racism and takes such allegations seriously.

The text shared by Rempel Garner ends with the author saying they support Pierre Poilievre, an Ottawa-area Conservative MP who is also running in the leadership race.

“If you are a racist, I don’t want your vote,” Poilievre said in response to the email flagged by Brown’s campaign on Wednesday.

“Anyone promoting racism has no place in our party and should lose their membership,” he said in a written statement.

On Monday, Poilievre condemned what he called the “ugly racist hatred” behind the deadly attack at a supermarket in Buffalo, N.Y., where a white gunman killed 10 Black people.